Holly: OK. Georgia Tech at UVa, just for giggles, because I think we both know where this one is headed.

Spencer Hall: I'm going to anti-anti you here. I think Georgia Tech wins this because the last thing you would expect Al Groh to do here is win, and Al Groh does one thing better than everyone else: he hates your ass and football. And he wants you to be wrong about football. BEES. 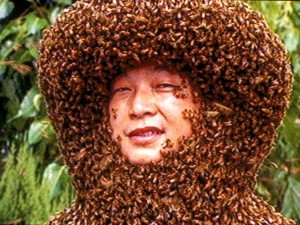 Holly: Diabolical. And while I see your point, I also remember that Georgia Tech tried very hard to ruin football for all of us in that Miami game, and haven't quite forgiven them despite their kind defeat of VT. The Hokies out of any possible top five contention means both of these: order is restored to the universe, and an equal and opposite universe-upsetting reaction is heading our way. TIMECUBE'D

Orson: Do we have a line on this game?

Orson: That could just as well indicate the total number of picks Jevan Snead is going to throw, with one split like leaven bread between wideout and CB in an act of fraternal friendship, since their god Jevan is so bountiful.

Orson: I take Arkansas, because Ole Miss is disintegrating and yet somehow still favored. Houston Dale doesn't start winning until you start writing the death certificate.

Holly: Which means Ole Miss will win by 2, but anything to speed the reign of Frank Broyles to its bloody, inevitable climax. Now: Tennessee at Alabama.

Orson: Can you even pick this game?

Holly: Can I EVER.

Orson: This is the game where Jonathan Crompton really breaks out of his shell, and by that I mean he loses his egg tooth, emerges unprotected into a hostile natural environment, realizes he has many natural predators, and shrivels up helplessly beneath Bama's pass rush. They will grind him into a fine white powder and snort him. When they do, they will hallucinate about failure and overbearing redneck fathers.

Holly: I don't even think they'll take the field, frankly. I think Kiffykins takes the opportunity at the pregame hug, upon discovering Saban comes up to his sternum, to smother him in his billowy orange parka, after which Bama will immediately forfeit and everyone adjourns to Gallette's for Yellowhammers and unicorn-fucking. Can't you see his complacent doofus face whispering to Saban as he flails his widdle arms in death rattles?

Holly: HMMMMMMMMMRRMMMMMM. (Nick Saban is not tall, is my point.)

Orson: I think this means we both agree Bama will grind down UT to a fine nub, and that's not good because offensively they're downright nubby to begin with, right?

Holly: Pfffft. I think we're going to be so far ahead at halftime, like seventy to negative five, that we break out the orange jerseys for spite. Onward! Oregon at Washington.

Orson: Masoli is a game time decision. In the words of my ancestors: "That shit ain't good."

Holly: Given that, and the state of Washington this year, I'm calling a Husky upset on pure chance.

Orson: It would weaken Boise State's schedule strength, and I'm all for that. Nate Costa didn't even pass for a hundred yards last week in relief of Masoli. Without Mr. Thick Ankles on board, I can't deny the Husky flair for cardiac arrest games played to the last snap. Not to mention, this one's in Washington, where THEY'RE ON A BOAT MOTHERFUCKER.

Holly: Affirmed. Penn State at Michigan, then? 1) Even for Penn State, they've beaten absolutely no one. 2) Michigan's a chaos engine.

Orson: True. Also, Darryl Clark crumples like wet origami the instant pressure hits him. It is in the Big House, too, meaning the sound of all those jangling keys could make PSU think they were in a Christmas pageant. That triggers all these happy endorphins, and relaxes them for an easier kill for the Wolverines.

Editor's note: in a perfect world, you key janglers would be shot and sold as pig food.

Orson: We take Michigan, no? Jangly keys and dinged qb and all?

Holly: We does.Next: Oklahoma at Kansas, which I can't believe we're even having to discuss, since LOST TO COLORADO. Since when does LOSING TO COLORADO allow you to remain ranked?

Orson: Since Oklahoma did it two years ago, sweetie. /ronfranklin'd!

Orson: They should be: the Jayhawks haven't beaten them since 1997, and as much faith as I have in President Reesing, he'll be hounded all night by McCoy and the Sooner line.

Holly : So he's more of a Bill Murray Pullman in Indenpendence Day, less of a Randy Quaid?

Orson: Yes. I hate to bet with Leviathan, but Leviathan it is.

Holly: Wanna pick BC-ND, just for giggles? LOOK AT HOW WE ARE PICKING THE IRISH SOME OF OUR BEST FRIENDS ARE NOTRE DAME FANS

Orson: This is such a classic drop game.

Orson: Bring them unto me! Good head cheese doesn't happen without them.

Holly Anderson: NEXT NEXT NEXT. Quick, Florida at Missy State.

Orson: Florida, but still ugly. We win games thievin'-like this year, and that continues here.

Holly: I don't think it'll be that ugly. The Mullen Machine is not fully operational.

Orson: It's not bad, though. Plus, this is Starkville, Jake.

Holly: Fair enough. Oh, shit, an actual game: TCU at BYU. This might be TCU's only test this year.

Orson: TCU blackjacked BYU last time they met. I mean, not even close position by position. If you'll remember, Max Hall wandered around from snap to snap looking for someone to give the ball to, and had no one. TCU beat the daylights out of them. It's essentially the same two teams facing off here.

Holly: And BYU's a week off being given a real fight by...San Diego State.

Orson: TCU, because they are filthier (in the good way) at every position than BYU.

Holly: Also, because their mascot spits BLOOD FROM ITS EYES and don't you ever forget it. OK. Auburn at LSU.

Orson: Auburn hasn't won at LSU since 1999, and the warranty just ran out on Chris Todd's shoulder again.

Holly: What time's the game?

Holly: Yiiiikes.(That's my professional analysis, brought to you by NyQuil and Clown Flu.) Also, remember that time Auburn lost to Kentucky? I feel bad that we were in Vegas and unable to give this the attention it deserved.

Orson: What in your soul says Gene Chizik can rally a team before a visit to Death Valley? 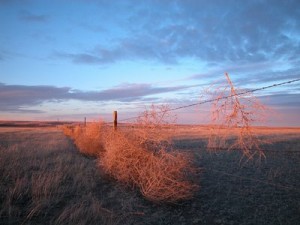 Orson: USC, because they've started to do that thing they do after losing their conference game where they learn how to play offense and not overlook that one opponent they overlook every year, because they've already done that versus Washington. Swindle's Rules, Number One: people never change, and do the same things over and over again despite repeated instances of negative feedback.

Orson: Yes. Plus the chances of USC underestimating them are so minimal now. Remember, they only underestimate one team a year. OSU isn't it.