Share All sharing options for: URBAN MEYER IS POSITIVELY BELICHICKIAN 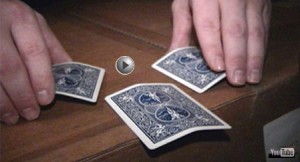 Pick one. What could go wrong?

Give Urban Meyer a pile of thumbtacks, and the man makes thumbtack salad and chomps down down on it happily.

"We’re game-planning as if there’s a chance Tim could play, and there’s a chance he won’t play," Meyer said Wednesday morning. "And that’s going to be pretty much the response until the foot hits the ball."

Ah, Belichick-y. Belichikian. Belichickois. Take the adjective form of your choice, but leveraging the two gameplans and forcing John Chavis to divide his attentions between two divergent strategies certainly salvages some good from the shitty situation of having your star battering-ram/quarterback as a question mark just three days before the most important game on the schedule. New defensive coordinator John Chavis is 4-11 versus Florida; Urban Meyer is 0-2 in Baton Rouge. SOME FORM OF GEOGRAPHICALLY DETERMINED FAIL MUST GIVE HERE.