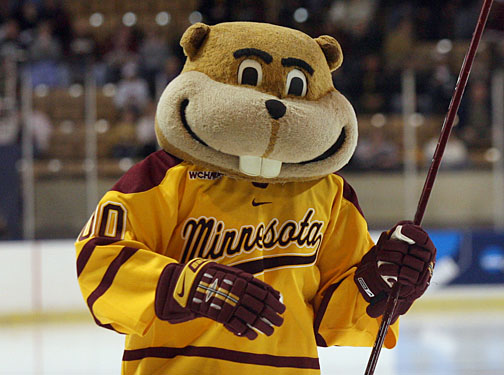 Minnesota linebacker "Hacksaw" Gary Tinsley, you earn the award for "Finishing the Drill, Resisting Arrest Exercise" for the week at the least for your outstanding performance after Saturday's game with Northwestern. Is Tim Brewster recruiting speed? Hell yes he is:

BIG TEN SPEED BABY. Clearly a different caliber of athlete has arrived in the Twin Cities to lead the Gophers to the promised land if even the police note your street speed. Put that in cleats, and it's tipsy lightning ready to roll. Tinsley was cited for underage drinking, however, even if the police report did provide a glowing review of his afterburning capability. The same report includes details from the arrest of RB Kevin Whaley, who punched a bouncer in November and struggled with police afterwards in a violent fight spilling over into gridlocked traffic and featuring many censored quote balloons appearing in real time above Whaley's head.

We want audio, since we're wondering what 20 letter profanity is sitting there. "Bastardassholefucker," perhaps? That's our favorite, but profanity is a very personal choice.