Share All sharing options for: SECOND HALF: PUNTFAIL VERSUS SACKBOTS

New thread for second half. Kenny Chesney remains unfairly undevoured by wolves as of 8:40 p.m. 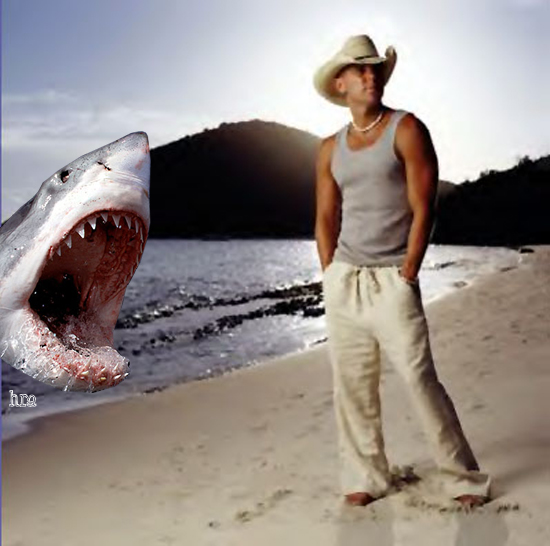 Orson, 8:39 p.m. NC State decides to actually play offense on first two downs. Dana Bible can't keep up this torrid pace, though. It would rob him of the opportunity to call a draw on every third and long.

Orson, 8:46 p.m.: South Carolina must be counting meth traffic to Georgia as "international business." To be fair, Waycross is a country unto itself.

Holly, 9:02: As if on cue, Rece Davis informs us the North Texas - Ball State tilt has racked up precisely the same score.

Holly, 9:05: Why, thank you, WolfWeb: You took the words right from our gaping, glistening maws:

Holly, 9:07: And there's the Garcia INT. He's got you right where he wants you, Wolfpack. (Related, in SpurrierVisorWatch: He's taken it off a couple times, but so far as we can tell has maintained a firm two-handed grip at all times. No hat contact with ground thus far.)

Holly, 9:10: You know what's a whale-lot of fun? Just cataloguing grievous errors instead of points and football plays. You better bring the thunder, Ducks. (...please?)

Holly, 9:25: Wait. WAIT. Somebody just said that somebody else was "coaching with excitement and passion tonight"? About THIS game?

Orson, 9:38: The 3 yard throw on 3rd and 11 just about sums up this entire offense, which should not be watched while driving or operating other heavy equipment.

Orson, 9:45: /startles from chair. What? No, wasn't sleeping. Not here. /wipesdroolfrom shirt

Orson, 9:55: Liveblog on Boise will be LIVE for all the hardcore who made it through this shitheap. You've earned it.

Orson, 9:59: Spurrier's hair spontaneously recolored itself after that long pass. Another three like that and he'll look 42 again.

Orson, 10:02: Atrocity ended. Quick break before the quality entertainment, but kudos to Steven Garcia for pointing and flashing that rapscallion, shit-eating smile running off the field. See you in 15 for the night shift.