Today's Patron Saint of Spicy Living: Fela Kuti. The Nigerian musician who founded the Afro-funk movement, Kuti did everything you've hoped and dreamed of doing, but were simply too chickenshit to try. He dropped out of med school to pursue music, declared his own independent country called the Kalakuta republic, turned 25 minute long jams into hit singles, often performed only in his underwear, married 27 women in one year alone but only keeping 12 on a regular rotation, and pissed off the military dictatorship of Nigeria so badly they burned down his mini-republic, beat him to a pulp, threw his grandmother out a window, and later charged him with currency smuggling.

Throw in a lifelong habit of being constantly high, fathering a veritable Afro-orchestra sized passel of children, renaming himself Anikulapo ("he who carries death in his pouch,") and the occasional time spent running from the law before a premature death (falling dick-first into HIV,) and Fela Kuti was Ol' Dirty Bastard before ODB was so much as a ranting glint in his father's eye, but with a much bigger backup band, a saxophone, and a convenient and extremely nasty villain to rant against in the Nigerian government. Not many are spicy enough to go into battle clad only in a pair of bikini briefs and carrying only a microphone and a joint the size of a baseball bat, but Fela was peppery enough for several lifetimes. Cheers, Fela.

Holly: I'm making a triumphant return to civilization in a couple weeks,

and as soon as I cross the Tennessee line all I'll be able to focus on is getting to the Flying Saucer in Nashville and getting some Hummingbird Water in my parched bloodstream. 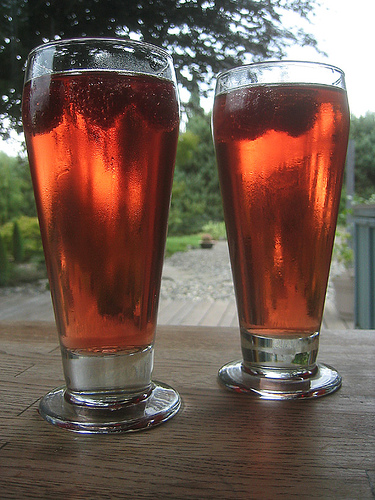 I'm completely serious. Just let me open a vein at the bar, stick a funnel in my arm, and pour in some pear cider laced with framboise. I'll be fine.

Orson: Champagne. Remember that hip-hop is actually the whitest, stiffest, and least imaginative music in the world in one respect and one respect only: while early rock and roll came from white kids trying to act as black as they possibly could, rappers through the 90s seemed to rapidly accrue every fixin' of the English upper classes as possible: Burberry, Bentleys, and ultimately the swilling of cognac and champagne as the role model for hip-hop fashion slowly degenerated from a Kangol'd Rakim to a melaninized version of Bertie Wooster. Who knew that the preferred watching in black households in the late eighties was Jeeves and Wooster, and that Fry and Laurie would help define a generation of top-shelf luxury brand whoring rappers? Tip of the hat, gents. You were more influential than you realized.

Digression concluded, and bringing the camera back over here to delicious, intoxicating Champagne. Like Tequila, Champagne is one of the few alcoholic beverages possessing genuine and impressive powers. A fizzy white wine with a mineral edge, Champagne can be consumed throughout the year, and occasionally throughout the day as US Senator Daniel Patrick Moynihan did, often drinking a bottle he kept on ice in his desk starting around noon or so, and progressing throughout the day. It doesn't have the tannic afterburn effect red wine has, doesn't get you as sloshed as hard liquor will, and skirts the often crippling bloat beer brings to the party. In short: the choice of sneaky and efficient drunks for years, champagne is the child you choose for the "bring your booze to work day" prize recipient, and it sits quietly in your office admiring your collection of business cards without trashing the place like vodka or whiskey will.

It does have its costs, mind you, but the Hagman diet can work for decades before you have to actually pull the other "Hagman" and get a new liver. Hell, even then Hagman didn't seem that disappointed over his insane champagne consumption, as it helped him get ridiculously famous, and only cost him $50K a year for four bottles a day:

He was such a happy drunk that if the booze hadn't rotted his first liver he would still be on the stuff today.

"If there hadn't been any side-effects on my health, I would have been happy to go on," he admits. "I never was drunk. It just gave me that little click. My wife never minded. We were making so much money at the time that $50,000 a year on champagne really didn't matter."

Winston Churchill, though a whiskey and soda man, kept champagne as his mistress, and was so fond of Pol Roger the vineyard made it in pint bottles for him. The cheap stuff, particularly your Oregon labels like Domaine St. Michele, are beyond passable, and even sneak into the good if you can get them cold enough. At somewhere around 13 bucks, they won't destroy the budget either, and will take a good 30 years to rot the liver. That's plenty of time to become JR Ewing or the Prime Minister of England in the meantime. Now pop the Santana DVX.

Orson: Burger King onion rings. These have apparently disappeared from the BK, and great moaning and wailing should result from this travesty, if only for the appearance of the single, ring of batter with a single, dessicated ribbon of onion somewhere in the middle of all that salt and crusty flour.

Holly: Trader Joe's Thai Lime & Chili Cashews. I don't even like nuts, leaving me to conclude that these are laced with PCP. This should not deter you from eating them by the double handful. 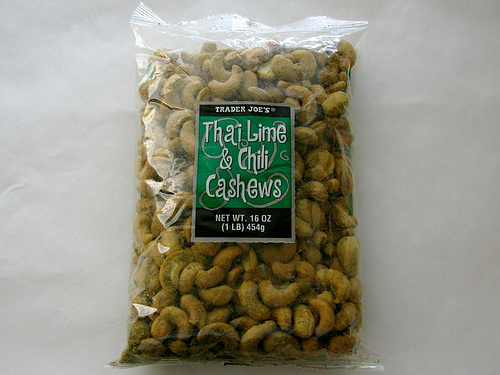 (Boiled peanuts are for pantywaists.)

"There may have been a problem if the aircraft crashed on takeoff and burst into flames." You're not kidding, sir.

Just as well: if there had been cameras, Krakatoa would have bitch-slapped them out of the hands of anyone holding them before blasting them eight leagues to hell beneath a pyroclastic flow Satan himself called "excessive." In 1883 it erupted in the biggest display of the earth--I'm sorry, I'm sorry. This just doesn't look right.

IN 1883 KRAKATOA WENT FUCKING APESHIT AND DECIDED TO PUT SOME BITCHES IN PLACE. IT BLEW THE FUCK UP. PEOPLE WERE LIKE, "NAW, KRAKATOA, YOU COULDN'T BLOW UP AGAIN." THEN IT BLEW UP AGAIN. AND AGAIN. THEN KRAKATOA WAS LIKE, "YEAH YOU THINK I'M DONE BLAAAOOOOOOWW FUCK YOU." THEN KRAKATOA TOOK HIMSELF OUT BECAUSE THAT'S WHAT REAL GANGSTERS DO. BITCHES. YOU'RE IN THE ZONE AND I'M OUT--KRAKAMOTHERFUCKIN'TOAH.

The only volcanic explosion in the history of the world that should by law be described in all caps, Krakatoa destroyed the island around it, lowered global temperatures by a full degree, could be felt as far away as Perth, and established itself as the most badass volcano of all time. It caused a tsunami some crazy Dutch bastard in a passenger ship actually rode out in the waters surrounding it, and its shockwave circled the globe seven times before becoming the song "Angel of Death" by Slayer. Krakatoa. Respek.

Holly: As Jack Donaghy says, the Italians have never won a war or mass-produced a decent car, but they have produced the Piaggio P.180 Avanti, a turboprop business aircraft that looks like an escape pod on the Starship Enterprise and can cruise at more than 400 miles an hour. Plus it makes a really cool noise when it flies overhead because of the way the propellers are mounted backward. 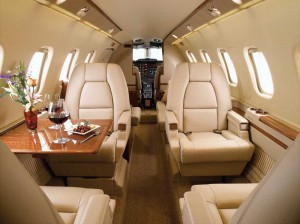 Orson: The Segway. I mean, they're perfectly safe....

Orson: The Forever War, Dexter Filkins. Perhaps you'd like to read about whether the Iraq war was a good idea or a bad idea, or better still, maybe you'd like to read a book confirming your beliefs about it. Good for you. I prefer Filkins' read, a fully nonjudgmental account of not only his 3.5 years living like a lunatic in Baghdad covering the war for the NYT, but also his time in Afghanistant pre-9/11 and after, getting as close to the danger as he possibly could and taking ludicrous chances with his life (and in the end, unknowingly, others.) Filkins' book is all adrenaline and observation, with little time to ruminate or contemplate the stream of absurd, bloody, and oddly human images flashing before your reading eyes: Marines blasting "Hell's Bells" going into Fallujah, a spinal cord laying in the street next to the perfectly preserved human head, the oddly cordial dinner with the insurgent discussing the goodness of killing Americans who showed Filkins a jihadi death porn tape afterwards...it's all too fast and intense to digest, and that's the intended effect. He's just there, and you're with him, even when he leaves at the end and can't quite fit back into the mask of being a normal human not waiting for the next bomb to drop. I mean this in the best possible way: you don't quite feel right for a day or two after reading it.

Holly: So not only is Mega Shark vs. Giant Octopus not a hoax trailer for MTV, it's an actual movie that somehow made its way into an actual movie theater last night, and guess who got Lorenzo Lamas (yes, THAT Lorenzo Lamas, who was wearing a wallet chain to his own screening, in 2009) to sign her DVD afterwards? In the first ten minutes, a commercial airliner gets brought down by a leaping megalodon. Trust me, you're in excellent hands here.