Share All sharing options for: MATT PATCHAN IS COLORFUL, HAIRY, AND STUDIOUS

Matt Patchan is pushing for playing time on Florida's offensive line, but in a fantasy world would be the center for Jacory Harris, Miami's quarterback who prior to a Randy Shannon blandspeak order described his Afro butterfly and the stages of its development, his belief that Tim Tebow cannot possibly be a virgin, and a forceful avowal that he was not taking the Tebow road. Shannon, for the record, also fell into the trap of being interesting on the Lebatard show by saying he had no idea what a pimp cup is, which is a damn lie.

The man of the hour, though, please. Matt Patchan on Lane Kiffin:

I probably wouldn’t say anything to him. I’ve got nothing to say to that guy. He’s a bozo. 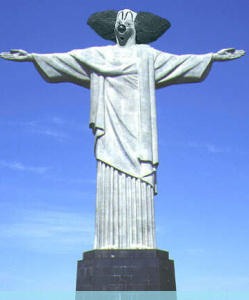 On why he gained weight, and bloating husbands/boyfriends take note:

Truth is, you know, one morning back in the spring, I woke up and looked at myself in the mirror and said that it would be pretty selfish of me not to make more of me (laughs).

On his summer reading, presumably taken from the syllabus to "Percy Harvin's We Like Her, And We Like Her, Too 101: Gettin' It, Theory and Practice."

And finally, on the dreams he can tell you about:

I dreamed that I kept getting picked on by James Wilson (who is sitting in front of Patchan and laughing). He kept picking on me, so I went up to him and I punched him. He punched me back and we kept punching each other in the stomach, but it didn’t hurt. It’s the craziest dream I’ve had in my life (room is laughing). It’s a true story though.

Remember that this is all coming from a guy who was also shot in the shoulder in a random shooting in Tampa. Patchan clearly has MIMITW potential, and should continue his curriculum of Impressive Man studies by rounding out his classes with jiu-jitsu, Survival Botany 3004, and Eminently Quotable Drunken Chinese Poets of the Tang Dynasty 2001.