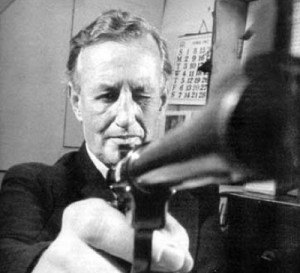 A goodly number of our past Patron Saints have been hard-drinkin', poon-houndin' actors who have played bank robbers or secret agents or what have you. This week's Saint, Ian Fleming, has the added cred of having been a secret agent: Years before he commenced the writing of the James Bond novel series, Fleming was handpicked by the Royal Navy's director of intelligence to be his personal assistant, and spent much of World War II planning covert operations before taking control of the elite 30 Assault Unit commando force in 1944. According to Wikipedia, "30AU" specialized in

targeting enemy headquarters to secure documentation and items of equipment with an intelligence value that the ordinary Allied soldier, or even commando, might ignore or even destroy. They trained in lock picking, safe cracking, unarmed combat, and general techniques and skills for collecting intelligence. The unit contained some of the most "gung-ho" operatives in the commandos. . . . [B]ecause of their successes in Sicily and Italy, 30AU (based at the The Marine Hotel Littlehampton, West Sussex, now a public house and venue for the annual reunion of the 30AU veterans) became greatly trusted by naval intelligence. Having seen the scope of its achievements and its potential, with the right support and the right direction, to deliver even more, the unit was much enlarged and it was given direct tasks: specific items and documents to acquire. Fleming was the man who would give these specific directives.

After the war, Fleming spun his experiences with 30AU and naval intelligence into the Bond series, which him earned enough money to retire to his Jamaican estate in the late 1950s. At "Goldeneye," named after one of the operations he'd planned with the Royal Navy, Fleming engaged in pretty much the same behavior you would if you'd written an incredibly famous series of spy novels and had carved out a little slice of Jamaica all for yourself:

"I have always smoked and drunk and loved too much. In fact I have lived not too long but too much. One day the Iron Crab will get me. Then I shall have died of living too much."

The "Iron Crab," whatever the hell that is, did get him at the age of 54, but not before he'd married the widow of a baron, achieved the rank of Commander in the Royal Navy, and written 14 Bond novels and "Chitty Chitty Bang Bang." One hundred cocktails at Boodle's to you, sir, wherever you are.

Holly: I spent some time on the central California coast recently, the parts where everything looks like a 1950s ski resort, all the time, even in the summer, and it's got me all nostalgic for a lifestyle that died out twenty years before I was born. To that end, may I recommend the Alpine martini. 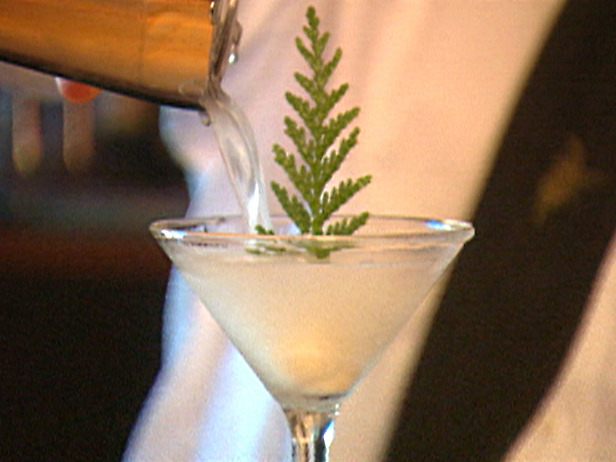 Now, the construction of this involves throwing bits of actual trees into an ice-cream maker, and the finished product is "garnished with fronds", but please don't let that deter you. Twigs are totes butcher than lemon twists anyway, right?

Doug: Whilst enjoying a post-Dreamland beer binge with Orson and a rowdy devil's brigade of SEC-Media-Days-going bloggers a couple weeks ago, I was blessed to make the acquaintance of Kasteel Rouge, a Belgian beer brewed with sour cherries that smells like the happiest moments from your childhood but packs plenty of punch underneath. 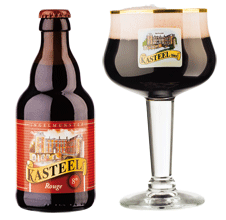 Remember Miho, the little Japanese assassin from "Sin City" who looked all cute and unassuming right up until she busted out her shuriken and mutilated Benicio del Toro's character eight ways from Sunday? Kasteel Rouge is kind of like Miho's malt-beverage equivalent: smells like cherries, tastes a little bit like the late, lamented Snapple cherry soda, but has an 8.5-percent alcohol content you don't really notice until you've had three or four of them and are wondering why you can't walk in a straight line anymore. Works equally well as a barbecue companion or a base for one of those ice-cream floats Holly mentioned last time. (Now that I think about it, you know what would go great in a glass of this stuff? A scoop of Cherry Garcia. Hold on, I'll be right back.)

Doug: Blue Diamond smokehouse almonds. A long time ago, back before airline deregulation allowed commercial aviation to turn completely into the equivalent of flying Greyhounds, Piedmont Airlines gave out bags of smokehouse almonds even on flights as short as Roanoke-to-Washington; these days, you're lucky if the flight attendants shoot you a packet of pretzels out of one of those air cannons they use to launch T-shirts into the crowd at basketball games. (And sure enough, US Airways, which swallowed up Piedmont in '89, charged me two bucks for a fucking can of Coke when I flew out to L.A. last fall.) 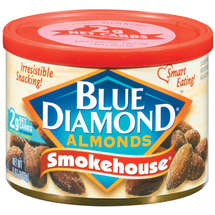 But Blue Diamond's resealable bags of smoky almond goodness are still available at better grocery stores everywhere, whether you're looking for a gameday nosh or simply trying to recapture the wide-eyed days of your youth when it was still possible to get excited about something other than football upsets or getting to see a new pair of boobs. Not that I've been bitter about that lately or anything.

Holly: The fried dill pickle. You'd think in a sprawling metropolis with this many sports franchises there would be one bar that knows how to fry a goddamn pickle, but you would be gravely wrong. 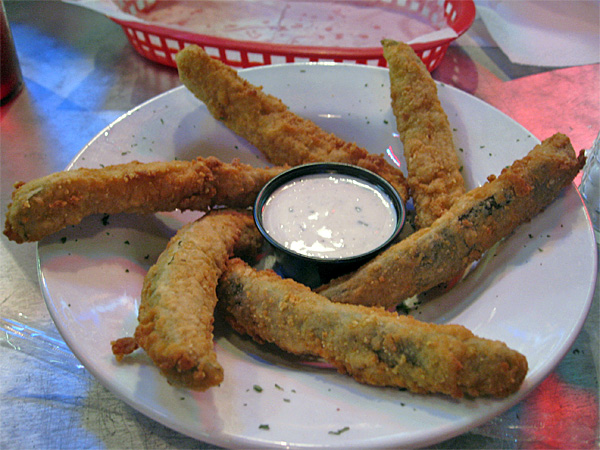 It's not hard, Viking campers. Pickles. Cornmeal. Buttermilk. Salt. Pepper. A little garlic or curry powder if you're feeling real adventurous. Fry, drain, inhale. And for fuck's sake, cut them into spears. No one wants to eat pickle pennies. When this entire state breaks off and slides into the Pacific, this travesty will be largely to blame.

Holly: Bless you, YouTube title search. You give, and you give. Today, you give "Acetylene experiment goes badly wrong!", and you are not lying.

Doug: "Going to the game on Saturday, Bob?"

"Man, I'd love to, but the wife's been bugging me for six months straight to clean out the garage, and I promised her I'd finally do it this weekend. Problem is I've got this old F-4 Phantom jet that's been sitting in there for ages, and I don't have the first clue what to do with it. You got any ideas?"

"I think I might be able to help you dispose of that, yes."

Holly: In my recent copious free time, I've had far too many hours to spend honing my Wii skills. My beat is Mario Kart. My weapon, the Booster Seat. 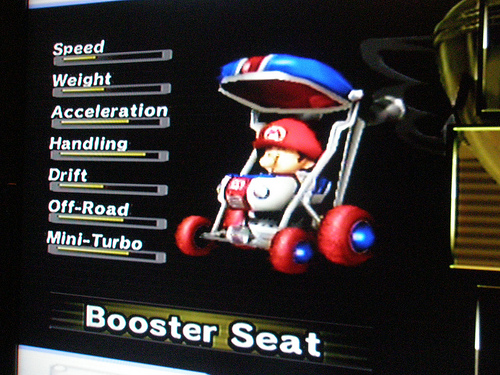 It doesn't look like much, but there's something eminently satisfying on a spiritual level about throwing lightning bolts at giant killer apes and lizards from the comfort of a cartoon pram.

Doug: Keep your Royal Caribbean megaliners and the floating shopping malls Carnival tries to pass off as ships; nobody's going to be intimidated by a vessel with a mini golf course on the lido deck (or, for that matter, by anything that has a "lido deck" to begin with). No, if you really want to be the king of the seas, you're gonna want a Russian Typhoon-class nuclear submarine, which packs both enough supplies and amenities for a six-month cruise and twenty 200-kiloton ballistic missiles in its two-football-field length. 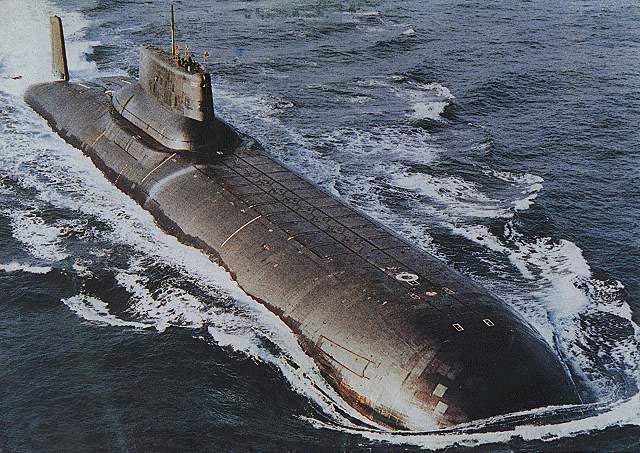 You want mini golf that bad, you sail this thing to Myrtle Beach and indulge yourself on shore, capitalist running dog.

Holly: The BBC's goofy-assed, completely inappropriate adaptation of Robin Hood. I knew they had something special when its arrival on American television three years ago was advertised as "A Different Kind Of Hood". Though it's ostensibly a period piece set during the Crusades, they'll do things like stage a casino night in Nottingham Castle. The stunts defy credulity and are so poorly staged with such good humor you can't help but howl. And each new scene is announced with the sound of an arrow thwacking into a target, like a "turn the page" tone for those read-along books . The whole undertaking is as anachronistic and derivative as it is completely fucking delightful.

The third and final season just wrapped up across the pond, and should be making its way to the States soon, but it's the first year you want, before they started killing off characters who wanted to have movie careers and things got all serious. Pick it up and pop one in after the Saturday night WAC games this fall when you're too drunk to move.

(This video did not appear in the actual show, but it would not be a bit out of place, if that tells you anything.)

Doug: As the first Connery-less Bond film, "On Her Majesty's Secret Service" has been criticized by fair-weather 007 fans as a lightweight entry in the series: It starred an Australian fashion model (George Lazenby) as our man Bond, and featured an extended sequence with Bond going undercover as a foppish genealogist wearing a kilt and a puffy shirt even Seinfeld wouldn't be caught dead in. But if you're actually paying attention, OHMSS is about as dark and cynical as it gets in the 007 oeuvre, at least until you get around to the brooding Daniel Craig era: Bond contemplates leaving MI6 for good; the villain gets away; and Bond finally finds a woman he wants to settle down and spend the rest of his life with, only to lose her to a Blofeld-masterminded drive-by on their fricking wedding day. Tell me that even the world's suavest, most iron-willed secret agent wouldn't be reduced to quivering Spam by a suckerpunch like this:

It's made all the more tragic by the fact that the woman Bond snagged and then lost was expert-skiing, stunt-driving, shit-hot Corsican mafia heiress Teresa "Tracy" di Vicenzo, played by ex-Avenger Diana Rigg. Strike me down right now if she doesn't rank as one of the top five Bond girls in history, even without a leather catsuit at her disposal. At any rate, for showing that even the great James Bond is not immune to nihilism-inducing, faith-in-a-benevolent-God-ending misery, OHMSS is an indispensible part of any Digital Viking's film library.