Does this look like the face of a malicious threat to public safety? 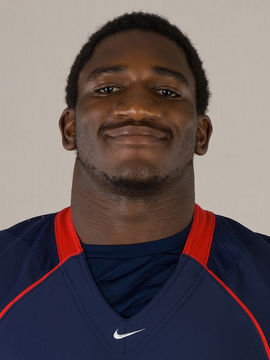 No way. That's a jocular man-about-town bent on enjoying himself in a gentlemanly albeit slightly rakish manner. To be more specific, that is junior linebacker Sterling Lewis, arrested for EXTREME DUI (sponsored by Mountain Dew Code Red) early this morning. Extreme DUI in Arizona indicates a BAC above 0.15, earning Arizona three points in the Fulmer Cup: two for the DUI, and one for the bonus earned by the extremely cheerful picture and extra tuff charge of EXTREME DUI. (As he did not drive through a house or orphanage, we cannot award him the rare three point solo DUI charge.)