On Monday, we reported that Ron Zook has accepted an offseason endorsement deal with the Hollister clothing company, and that his shirtless billboard campaign has been the source of much consternation among U of I boosters. Coach Zook's contract is with Abercrombie & Fitch. We regret the error. 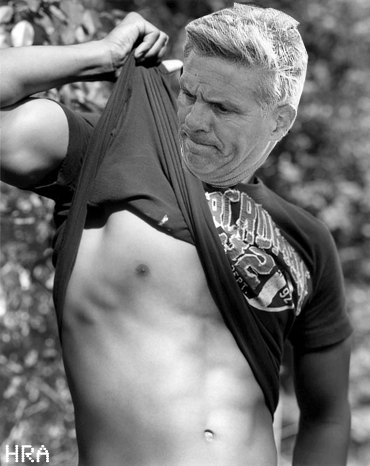 On Tuesday, we reported that former SEC announcer Ron Franklin had been arrested for public intoxication in his hometown of Jackson, Mississippi. Franklin was in actuality arrested for armed robbery. We regret the error.

Monday's Draft Board Roundup reported a shocking discovery by NFL doctors who claim Percy Harvin's joints are constructed entirely of spun sugar candy. A consultation with Mr. Harvin's personal physical has revealed that, in fact, his bones are formed from delicious, chewy marzipan. We regret the error.

Tuesday's profile of Kirk Herbstreit listed his favorite karaoke song as Bryan Adams' "Summer of '69". This is incorrect. Mr. Herbstreit prefers "Sheila", by Ready for the World. We regret the error.

Wednesday's Big 10 Algonquin Roundtable implied that Penn State head coach Joe Paterno was the inspiration for Hemingway's The Old Man and the Sea. The Hemingway estate has contacted us and assured our editorial staff that this is a common mistake. Paterno's life was actually the basis for Samuel Taylor Coleridge's "The Rime of the Ancient Mariner". We regret the error.

That was inaccurate; Brewster actually plays the lead singer. We regret the error.

In Vol. II of this year's EDSBS THE MAGAZINE, we published an article entitles, "Dennis Franchione Returns to Coaching...and Love!" While Mr. Franchione is pursuing offseason leads for 2009, his agent assures us he remains trapped in a cold, emotionless marriage to a tulip poplar." We regret the error. 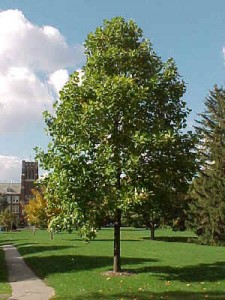 Mrs. Franchione, seen here in a 2003 file photo, was unavailable for comment.

Earlier today, we printed a retraction regarding ESPN announcer Ron Franklin. We reported that Franklin had been arrested for armed robbery. Franklin was calling a basketball game at the time, and was not involved in the crime in any way. Please replace "Ron Franklin" with "Ed Podolak," "Jackson, Mississippi" with "Des Moines, Iowa," and "armed robbery" with "topiary rape." We regret the error.

On Thursday, we reported that suit had been filed in the case of Discovery Channel versus Willingham. As a follow-up and semi correction, Willingham's claim of copyright infringement did not apply to Discovery's hit show Man Versus Wild, but instead to the show Destroyed in Seconds. The suit was thrown out, as the judge ruled that it takes at least three years for Ty Willingham to destroy a football program, and not seconds as indicated by the show's title.