UP IN THE LIGHTS

Share All sharing options for: UP IN THE LIGHTS

This is not a political post. We do just want to acknowledge that, seven years ago, 9/11 happened, setting up a long series of momentous, violent, and wide-ranging acts. People died, and continue to die. You may know some of them, or know of them. We do.

That's sterile language meant to sidestep debate on any of this. This is not the place for that. This is a place, however, to pay tribute to one of the more unique players in recent college football history: Pat Tillman, a wide-ranging stubbornly independent thinker who happened to play football, climbed the light towers at Sun Devil Stadium when he needed to think about something, and was a feisty undersized defender who survived professionally long after scouts declared him too small to succeed in football. 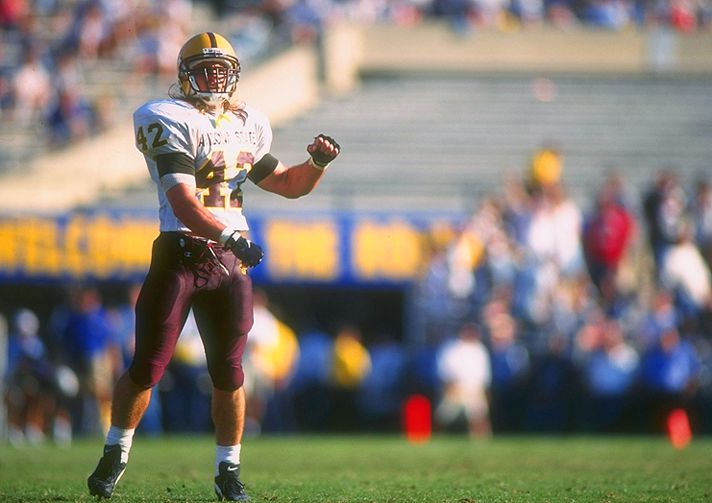 He was also hellaciously brave and idealistic off the field. For that and more, we pay tribute, sir. We'll look for you up in the lights.