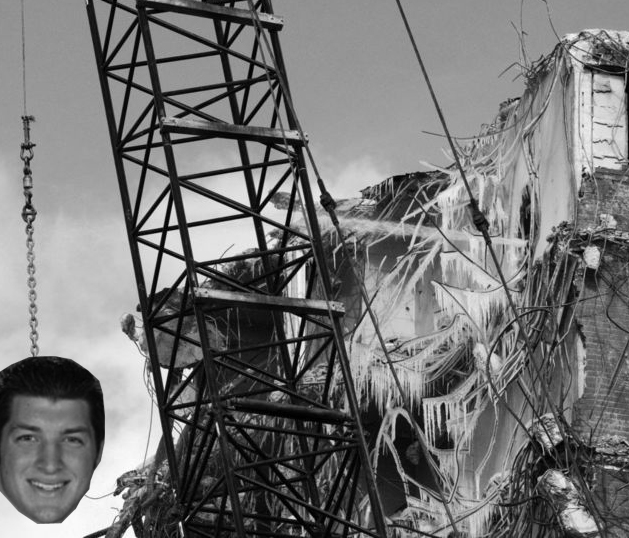 --Nod unsurprised and shake your head that he's still alive and swinging: Tim Tebow, first team QB. The only shocker here is not seeing him also named as a running back and O-Lineman.

--Jonathan Hefney making All-SEC...I just don't know. I love the guy, but this seems like more of a name recognition vote than a validation of anything he's done this year, which ain't much.

-- Raise your glasses, shake ya asses to:
Knowshon Moreno, Freshman of the Year and first team running back. Marvel at his sideline antics below and kick yourself if you missed this game, in which he performed no fewer than six separate fully choregraphed sideline routines. He'd get my vote, if they gave them to dirty bloggers, by virtue of being fantastic television:


--Bafflement: The relegation of Percy "Prettybird" Harvin to second team honors. It pains no one more than me to say that, but the son of a bitch can fly, and that's got to count for something. 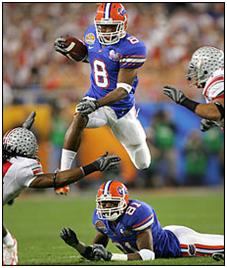 --Vol Baby Eric "Boo" Berry, second team! Eighteen years old and already a beast. If you've never seen this kid play, I pray you, DO. He's going to be an absolute monster in the secondary of a sort Tennessee has not seen in years.

--Daniel Lincoln and Britton Colquitt, both second team, continue Tennessee's habit of fielding fantastic players of kicking persuasions and rank incompetence elsewhere in special teams (a bit unfair at present, thanks to a curious resurgence in the Vol return game this year, but we do love tradition).

--And LSU kicker Colt David. Sweet, fragile Colt David. I suppose I should resent you for beating out Lincoln for first team honors, but he's only a freshman and has plenty of time to fill the shoes of James Wilhoit. But you've brought us so many hours of entertainment, ever since our liveblog of Florida-LSU that I can't find it in me to resent your success. 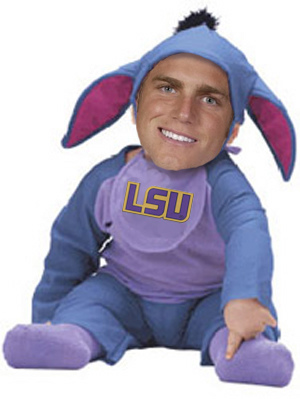 
--As for Coach of the Year...he brought his team to the Liberty Bowl, defeated the Orgeron. Hard to say which was more improbable in August, but SEC? You've been CROOMX0RED. 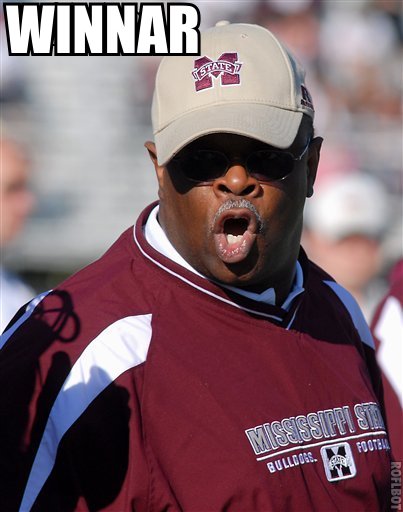 The rankings are here; individual awards here. Praise or rail at Football Jesus at your leisure, sirs.