Today's a bit of an academic exercise in cheesecake, but we're sure it's a class where your attention won't wander too much. In order to flesh out (hah) the EDSBS Cheesecake map, we now stick a virtual pin in Uruguay, who according to the CIA Factbook exports "meat, rice, leather products, wool, fish, dairy products"...a type of which could be cheesecake, we suppose.

We present: Barbara Mori, Uruguay. (Found by cheesecake majordomo Kleph, who as a single guy in Peru is a certified expert.)

First our dream shot of any woman, really: 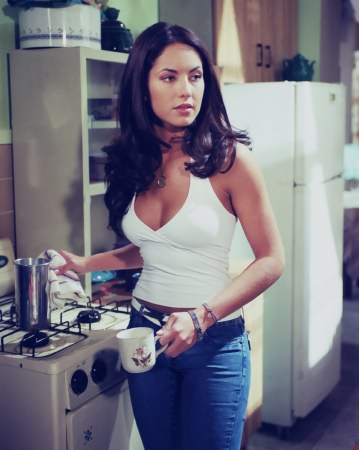 And finally, the bunda. Ms. Mori seems to be wary of direct bunda shots. We have no idea why. Fortunately, the paparazzi in Latin America remains just as shameless as their norteamericano counterparts.