A GEORGIA FAN SUBMITS HIS PLAY FOR CONSIDERATION

Share All sharing options for: A GEORGIA FAN SUBMITS HIS PLAY FOR CONSIDERATION

Bulldog Nation, you can call a play for UGA. Email a diagram of your idea to kmcdaniel@sports.uga.edu & we'll pick the best to run at G-Day!

Oh I got an idea or two for you bo-bo 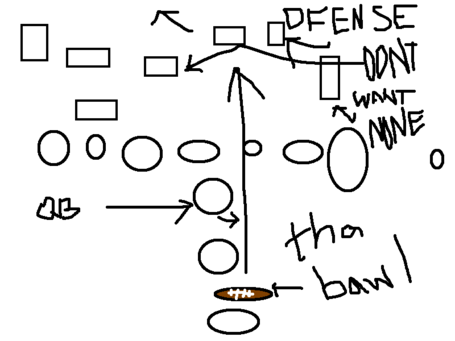 how bout with the game on the line and those sonsabitches in silver pants just a rarin' to knock the piss outta other guys we just line up and man up and give our running backs what god intended them to get and RUN THE DAMN BAWL, BOBOOOOOOOO.

oh we got other options i know. you made that bundantly clear by lettin Arn Murray do the big stuff when we needed it. I'm as much a fan ah dwarves rights as any man. i watch game ah thrones for that reason and also because of the titties. i'd apologize to my pastor right now but i think he's got the same reasons lord forgive us all. tyrian lannister is but one of us and he's just tryin to feed his family and maybe get a little along the way. mark richt woudl understand and so should you.

but the short have lives and reasons too but i'll be damned if i keep lettin them throw for no gain or some other rollout option bullcarp on third en short when all we should do is give gurshall or marshley or whatever you wanna call our double-headed beast of a running back pair the ball where they can RUN THE DAMN BALL. YOU HEARD ME BOBO: THE DAMN BALL. Less it's some big ol trollsize jughead QB like matt staffrd you gotta take the ball outta them tiny qb hands and let a man tote the rock and get this team to victry.

this like to got me all ruint and angry on the most important week of georgia football fan's life: the masters.

p.s. please consider my play for use as no defense wants none when one runs the damn ball enough