THIS WEEK IN BARBARO URR BARBASOL URR WHAT

Share All sharing options for: THIS WEEK IN BARBARO URR BARBASOL URR WHAT 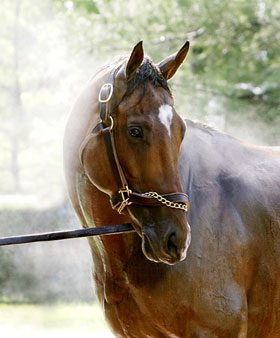 Did you watch any Big Ten football this weekend? No, no, it's totally okay. The first step to healing is admitting your struggles with addiction. I watched my fair share too and let me tell you what, *insert generic Tim Allen-esque joke*. Seriously though, I watched ???-Minnesota in its entirety. IT'S ENTIRETY. That was intended to be this week's spike factor, but alas, real life/day job/blogger excuse #23940892 got in the way, so you'll have to make up for it by vicariously living through the sheer horror of knowing I watched an entire game which made the announcing duo of Beth Mowins and Mike Bellotti seem like old war buddies by its conclusion.

Other B1G things happened too, like Ohio State ingesting football ricin only to discover it was actually Lily-of-the-Valley, Coach [REDACTED] teasing Indiana for 2 quarters and then breaking out the flamethrower, as well as Northwestern paying members of the Chicago Bears to wear their jerseys for two quarters but then having to try (and fail) to close their contest themselves. This and Carl Kassell, after the jump:

This was an actual football contest and I know only because I watched it. The inanimate, amorphous blobs personifying the team that wasn't Minnesota sure did a number on them, but ultimately, Minnesota did an equally (if not more impressive) number on themselves. Through exactly one half of football, Minnesota would've bettered their chances to win the game by spiking it a whomping 24% of the time.  TWENTY FOUR PERCENT. Of course, they played quasi-competent football against ???'s backups and lowered it to something in the neck of 14% by game's end, but good lord. It's really unfortunate Jerry Kill was so adamant about MarQueis Gray getting that lobotomy.

Wholesomeness Index: 0%. It was essentially this for 3.5 hours:

That's about enough, Kevin Wilson. We were told there would be semi-non embarrassing football on the field this year and for a half, it almost looked like it. Ohio State poached factor midget Shane Wynn raced up the field to give the Hoosiers an early lead but, no, Nathan Nounhouse, et al had other things to say about this sordid affair. When the dust settled, all that was left was [REDACTED] shirtless riding A.J. Jenkins like a human water ski. And we never spoke of this particular football Saturday again.

Do you hate things that are entertaining or the least bit watchable? Of course you do. Penn State and Iowa staged a Shakespearen re-imagination of the classic "Chicago, IL A-Z Phonebook of 1951." You laughed, you cried, you wondered how long you could keep looking at it without mercifully stabbing your partners eyes out and then your own. By the fourth quarter in this one, the question wasn't who would score an offensive touchdown, but merely who would pick whom off and run it back for the game deciding touchdown. Then Penn State had to go and play god and score actual offensive points. Pennsylvania legislatures are working tirelessly as you read this to ensure that such an abomination never sees the light of day in their fair state ever again.

A co-worker of mine headed out the door Friday then came back remembering he'd forgotten his coat and told those of us still slaving after hours that he was headed to Chicago to take in Michigan's game against the Wildcats. I of course told him "they'd lose" and also "to crash on the way there" but that's mostly because I don't respect football programs in their first year in Division 1 fooball getting uppity. Yeah, Michigan, we get it. Beat up the nerd in the shower to try and convince the rest of the inmates that they couldn't take you. That's not how this works. If they want you, they'll have you. And when they have you, you better try and act appreciative that they've devoted anytime to the likes of you. You qualified for a bowl? Great. But what about when you used to aspire to win championships? Perhaps this return to Division 1 football was simply a case of too much, too soon.

Wholesomeness Index:6%. Shame on you, MIchigan, for giving the Appalachian States of this world false hope when they make the transition to college football's highest pedigree.

Oh, I'm sorry, I didn't see you there over the sound of my own inhalation to and from this paper bag. Did I say paper? I mean plastic. And did I say to and from my mouth? I meant wrapping around my head slowly sucking the oxygen from my lungs with each subsequent breath. Ohio State put together the best 40 minutes of football in probably its last 20 years before ultimately taking a ginormous number two on the big red N at the 50 yard line as quarterback Joe Bauserman targeted innocent civilians with reckless regard. The casualties were in the low six figures, but should he be afforded the opportunity again, you can rest assured there will be more bloodshed.

Wholesomeness Index: If the Luke Fickell-Ohio State era could be graded on precisely how hilarious it was, it would be this: