OREGON VERSUS AUBURN: IT'S A SIIIIIGN PAWL

Share All sharing options for: OREGON VERSUS AUBURN: IT'S A SIIIIIGN PAWL 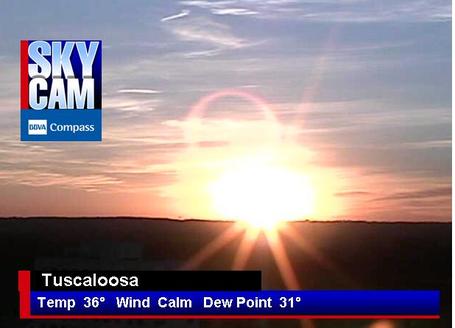 I done told you it's a sign, Paul. The O over the horizon is prophesyin'. The fifteenth letter of the alphabet, Paul? It means we go from thirteen national championships to fifteen next year because we gonna win TWO IN THE SAME YEAR. I don't know how it gone be done, Paul, but if anyone can do it Alabama can! The fifteen is also for #3 Trent Richardson times #5 Marquis Maze; multiply 'em, and you get champyunship, Paul! It ain't crazy, it's math. Don't tell me it ain't.

The O also means Oregon is gonna beat Auburn on Monday night. That's secondary, Paul. You know God dunt care bout Oregon. Buncha weed smokin' hippies running around tellin' turtles they can marry office furniture Paul. You know what's at the end ah the Oregon Trail, Paul? Cam Newton signing a contract to play in the CFL, Paul, that's what this tells me. They'll think he's sasquatch up there, Paul, and probably harpoon him for meat because Canada is the commies, and they don't believe in anyone havin' guns but the Mounties.

And the mounties, Paul? They're wearin' red, just like the People's Liquoration Army. Not a coincidence. Red ain't Crimson, though. There's a difference, and that's crucial here.

By the way, and I'm just throwin' this out there: could Phil Knight have bought the sun? I know he ain't got Paul Bryant, Jr. money, but I was just wonderin' if this could explain it. You know how Nike is with their brandin' and such.