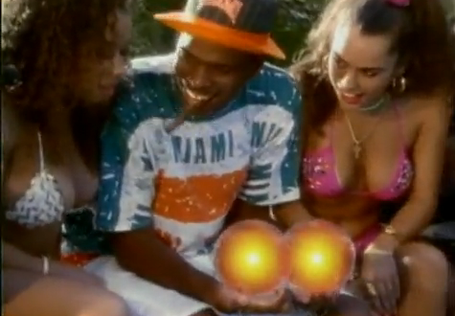 This man still wants to rock, and will do so as the defensive coordinator for Miami Northwestern next year. Why is this relevant to college football? Because Northwestern in a good year may be capable of beating Northwestern (Evanston,) and because the U-obsessed Campbell will be running half of a machine producing some of the most hotly contested recruits in the state of Florida, and thus advantage Captain Cybex.

When asked to explain his scheme, Campbell listed some of the blitzes and packages they planned on running.

WHO IS LEFT ON OUR BOARD? If we is Florida, and it is, then it's a lot. For a first year haul it's not going to be too bad, especially when you consider much of the work involves holding on to existing recruits and fending off advances from the extremely successful campaign Florida State is waging in Tallahassee right now. If recruits are as gullible as we think they are, then the presence of Charlie Weis on the offensive side of the ball should sway some latecomers and possible surprises. Don't think the Super Bowl ring shiny thing still works on the easy marks?

Think about this strange dichotomy: USC officials will arrive in Indianapolis on Saturday to appeal the NCAA for a reduction in penalties from last year’s crippling sanctions.

Meanwhile, back in Los Angeles, Trojans coach Lane Kiffin is two weeks away from lining up a top-five recruiting class – a class that could finish No. 2 in the nation – despite the loss of 10 scholarships from NCAA sanctions.

Lane Kiffin must be the most tender lover of 40-50 year old mothers anywhere, and have a diamond penis that emits pure pleasure rays in all directions, since living off the carcass of sort of managing Reggie Bush and Matt Leinart cannot get you this far in life. It just can't. Anyway, if young men are still falling for Lane Kiffin's mumbling, then there's no reason a few of them won't get huckstered by the fat man's bling. (Do we have a low opinion of the intelligence and judgment of 18 year olds? Yes, because we remember being one, and it was dumb and gullible all around.)

LET'S JUST SHUT YOUR SCALY TAIL IN THE DOOR HERE ON THE WAY OUT. Well-done, Mountain West. That is dickery of a supreme and impressive degree.

IT WAS KENTUCKY BASKETBALL FANS AND YOU KNOW IT. Who threatened Mark Emmert, thus prompting the hiring of a security detail for the NCAA President? It's a mystery that no one knows admit it it was Kentucky basketball fans.