Share All sharing options for: THE CFB BUYERS' GUIDE: OFFENSES

Each week, EDSBS teams with the research and evaluation experts at Consumers Union to compare different aspects of college football and determine which products are most worthy of your hard-earned dollar. We've already tested first-year coaches, Heisman contenders, and BCS-buster prospects; we keep asking our editor when we can road-test sideline reporters, but we think he's figured us out on that one. So instead, this week we bring you a comparison of offensive attacks: Which ones will give you yard after yard of efficient performance, and which ones will break after only a few uses? 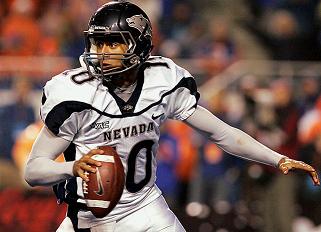 NEVADA | ■ ■ ■ ■ ½
Highs: Unstoppable ground game, minimal noise, versatile on a wide variety of terrain.
Lows: Only so-so through the air, may be too big to fit in your garage.
Don't look know, but the most fascinating offensive show in the country is coming not from Los Angeles or Austin but from Reno, Nevada, where the Wolf Pack is armed with a pistol and mowing down everything that stands in its way. No other product on the market comes with this many features: Multiple thousand-yard rushers in any given season means that if one of them breaks you can just sub in another without missing a beat. The Pack has lived in the shadow of an Idaho-built competitor for a while now, but we think it's ready to stand on its own and begin competing in a higher echelon. Only caveat: Quarterback Colin Kaepernick stands in at an imposing 6'6", so good luck cramming this offense in your garage if you've already got a lot of junk stored in there. 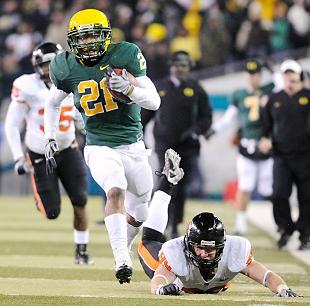 OREGON | ■ ■ ■ ■ □Highs: Best-in-class speed, yet is environmentally friendly.Lows: May not hold up to repeated use in warmer climates, occasionally punches people.Intrigued by advertising claims of a "point-a-minute" offense, we purchased a 2010 Oregon model and gave it a workout in the unforgiving desert climate of Arizona. We weren't quite able to recreate those results -- it ended up being more like a point every 85.7 seconds -- but there's still no doubt that this flashy design has what it takes to bring your yard under control an amazingly short amount of time. We're still not 100 percent sure how well it'll hold up in places like, say, Palo Alto or Tucson, and recent Oregon models have not been known for their user-friendliness, but it still looks like the Ducks are one of the better long-term investments in this category. 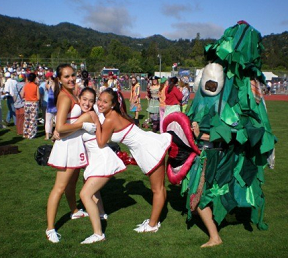 STANFORD | ■ ■ ■ ½ □Highs: Impressive toughness, clears difficult brush in a hurry.Lows: Has only faced one actual defense, running back's name is "Stepfan."We're not accustomed to finding brash design and rugged attitude in a Stanford product, which makes the take-no-prisoners philosophy of the 2010 model that much more surprising. Here's what an unrepentant asshole coach Jim Harbaugh is: His team was up 41-7 on Wake Forest a couple weeks ago,

and when the Deacons tried to kick a measly field goal right before halftime in a desperate attempt to save some face and get back a little momentum, Harbaugh called a time-out to ice their kicker. That's the kind of dickishness even the '96 Steve Spurrier would have to bow down to, and it's one of the big reasons why Stanford has become a formidable contender in this category. Just for good measure, it's got a two-way setting that permits it to score on consecutive plays. As with Oregon, we're not entirely convinced that it'll stay completely problem-free for an entire fall season in the more unforgiving climates of the West Coast, but we're rolling with it until proven otherwise, or until Harbaugh screams "HADOUKEN!!" and cockpunches a ref on live TV for missing a hold. 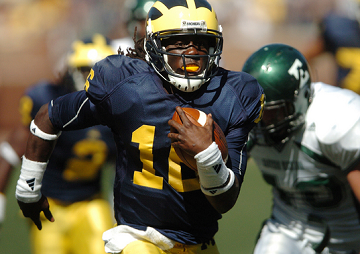 MICHIGAN | ■ ■ ■ ½ □Highs: Manages to get a lot of power from a one-cylinder engine.Lows: Even slight damage may well render it inoperable.You know how Volvo built brick-square cars for decades, then all of a sudden got a wild hair around '96 or so and went the sexy/curvaceous route? That's kind of what Michigan did three years ago,

only instead of going from "boxy station wagon" to "dream machine," they went from "boxy station wagon" to "evil defective Segway that launches its owner over a cliff." It was enough to make us wonder if the brand should be given up on entirely, but they've gone back to the drawing board to give us a 2010 model that instantly puts Michigan back among the contenders in this class. Shockingly, they've done it with a unit that only has one cylinder, but that one cylinder produces as much power as any other engine in this class. The big mark against UM here is that if that cylinder (otherwise known as "Denard Robinson") provides a good 63 percent of the unit's power, so if it's damaged for any reason, the whole thing will be virtually useless and you'll be back to contemplating drinking yourself to death a la Nic Cage in "Leaving Las Vegas." If you're willing to risk some durability in exchange for speed and sex appeal, though, there are much worse choices you could make. 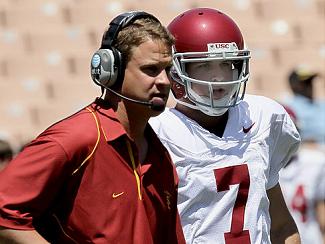 SOUTHERN CALIFORNIA | ■ ■ ½ □ □Highs: Still has a talent advantage over just about everybody, easily portable.Lows: Erratic handling is going to get someone killed one of these days.Long a staple of this competitive class, the USC model is back for 2010 and . . . making some strange choices, to say the least. Bringing back the mercurial designer who helped create the justifiably lauded '05 and '06 models was one thing, but the 2010 model's engine-management system contains a chip programmed to go for 2-point conversions seemingly at random; after nearly a month of use, we're still trying to decide whether it has a mind of its own or no mind whatsoever. So-so QB protection, too, means that young kids like Matt Barkley and Mitch Mustain might just be liable one day to reach in and get maimed in some horrible fashion. The 2010 USC does get results, for the most part, but until these safety issues are addressed we can't give it our top recommendation. 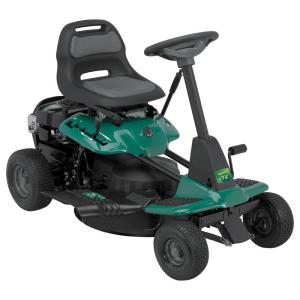 WEEDEATER WE-ONE 96022007 | ■ ■ ½ □ □Highs: Inexpensive, easy to fuel, will totally chop a D-lineman's fingers off.Lows: Suitable for light duty only; not nearly as sexy as a John Deere.The WE-ONE brings up the rear in terms of price in this category, but sometimes you get what you pay for, and this looks like one of those times. It'll mow down small yards and cupcake opponents with ease, but the 190cc engine really just isn't suited for anything resembling heavy-duty work; we found numerous defensive backs who were able to outrun it with ease, and being able to dismember someone with whirling blades is only so much of an advantage when your intended target is five yards ahead of you and widening the gap. (Obviously, this doesn't apply if you're facing a Big Ten team.) We'll go ahead and recommend the WeedEater for buyers with small, manageable yards, but if you're stuck with poor field position and have more than 50 or 60 yards to cover, this one just isn't going to get the job done. 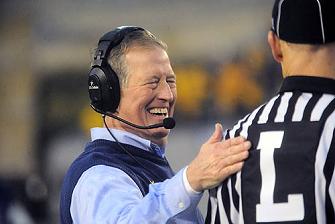 WEST VIRGINIA | ■ ½ □ □ □Highs: Kid-friendly operating instructions make it really fun when it's late at night and you're drunk.Lows: Too many extra features it'll never use -- who really needs a "whittle" setting?In some ways, the down-home design and extreme officiousness of the West Virginia unit is refreshing: For the next three months only they'll throw in a bagger and a wood-chipping attachment free of charge. We can't help but wonder, though, whether it's all just being used as a distraction from coach Bill Stewart, a coach who makes Houston Nutt look like the very model of stable self-awareness. The criminal underuse of high-powered running back Noel Devine is probably its greatest deficiency; we wouldn't be surprised to find that Stew has that "Memento" short-term memory loss deal and has to be reminded at halftime of each game that Devine is on his roster in the first place. WVU competes in, shall we say, the lower echelon of this category, so they may very well win their conference and go on to a BCS bowl, but if that does happen it'll almost certainly be by accident. 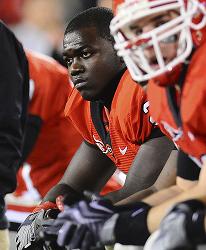 GEORGIA | ■ □ □ □ □Highs: Good young QB, easy to steer, also makes smoothies.Lows: Weak horsepower means it gets hung up on even the smallest obstacles.You always know what you're going to get when you go with Georgia in this category: slow, steady, point-A-to-point-B production that could bore the paint off a wall but is still good for eight or nine wins at the bare minimum. Unfortunately, it looks like the 2010 model doesn't even reach that degree of competence, and we're kind of at a loss to figure out why. Frankly, there's just not enough horsepower for them to accomplish anything meaningful on the field; put 'em up against something as minor as moderately heavy brush or Arkansas' D-line and the unit will just sit in one place, futilely spinning its wheels until somebody points it in a different direction. Strangely, the one change from last year's model -- the QB unit -- is pretty much the only thing that's any good on the 2010s; we don't know quite why that is, but there's no denying there have been some major lapses in quality control at the Athens factory over the last few years. We'd stay away from this one until either it cracks 30 points against a decent opponent or the onboard computer overrides the malfunctioning BOBO 4.2 engine-control module, whichever comes first. 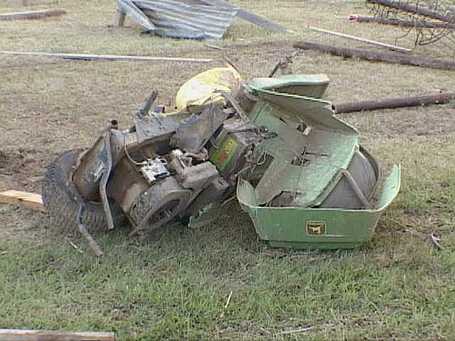 TEXAS | X
LSU | X
We're just as surprised as you are to see these two name brands sitting here, considering that both took home "Best in Class" awards in the last five years. But perhaps those awards bred a little bit of complacency in each one. The decreasing emphasis Texas has placed on the run over the past few years has finally come back to haunt them; it's one thing when you've got an experienced O-line and a guy like Colt McCoy to pick up the slack, but when you start shuffling the line and replace McCoy with a first-year starter, what you end up with is a unit ripe for evisceration by a guy who was very recently getting booed by his own fans at his postgame presser. LSU, meanwhile, is satisfactory in run mode but an utter disaster in either of its "pass" settings; basically you've got options, a gear that only completes passes to the other team or a gear that doesn't complete passes to anybody. The brand is known for being quirky, and it's certainly developed a devoted cult following, but at this point those fans are going to have to prepare for the possibility of cornerback Patrick Peterson finishing the year as their leading scorer. Neither one of these products inspires much confidence in their ability to go the distance, and as such we regretfully give both of them our Not Acceptable rating.