Each week EDSBS teams up with the diligent product-testers at Consumers Union to exhaustively evaluate every single aspect of college football from teams right down to individual players, and in some cases even their stadium concessions. (The hot dogs at Scott Stadium in Starkville, Miss.? 59 out of 100. Only if you've somehow ended up on a barren peak in the Andes and your only other choice is human flesh.) This week we test a stable of early contenders for the Heisman Trophy to see which ones earn your hard-earned dollars and which ones will still be gathering dust on a shelf come December. 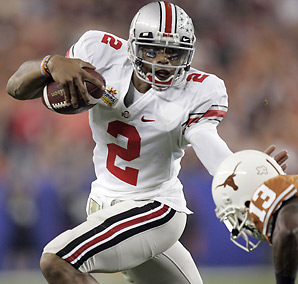 TERRELLE PRYOR (OHIO STATE) | ■ ■ ■ ■ ½
Highs: Acceleration, handling in emergency maneuvers, improved efficiency.
Lows: Long-term reliability remains a question mark, not enough cupholders.
If there's one thing Heisman voters love, it's quarterbacks from national-championship-contending teams. If there's another thing Heisman voters love, it's talented players whose coaches seem to have a clue what to do with them. As of the 2010 Rose Bowl, that officially describes Buckeye phenom Terrelle Pryor, who up until that point had been like a Ferrari 458 sitting in the garage of your widowed grandmother who'd only drive it to church on Sundays (and never above 30 miles an hour). Pryor is taking care of the ball better, he's making better decisions, he's improved his accuracy even on the run -- there's still ample time for the Buckeyes to throw a rod against a completely overmatched opponent, but Pryor has all the tools necessary to get to New York with a minimum amount of fuss or inconvenience. 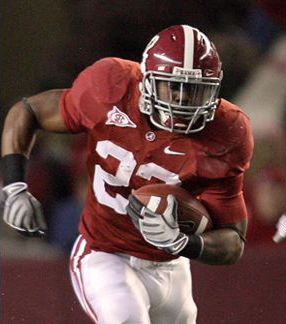 MARK INGRAM (ALABAMA) | ■ ■ ■ ■ □Highs: Class-leading low-end torque, big glove compartment.Lows: Some repair issues, fundamentally unchanged from last year's model.If there's one thing Heisman voters don't love, it's awarding the trophy to the same player in back-to-back years. (That's always been the case, and it'll only be more so now that simple-minded sportswriters all across the country will be thinking "Well, we didn't give it to Tebow two years in a row, so . . . ") But that may be the only thing keeping Ingram from doubling up on the hardware in his trophy case. Ingram only got nine carries against Duke, but he made them count, going for 48, 3, 50, 1, 17, 9, 20, 7 and 3 yards; at this rate, he'll have enough yards by the end of the season that nobody will remember that he missed the first two games due to surgery. Your only worry at this point if you're Ingram is that Alabama may have saturated the market with a second product; the "Trent Richardson" model has been flying off shelves in the first few weeks of the season, and may itself give Heisman voters something to think about in a couple months. 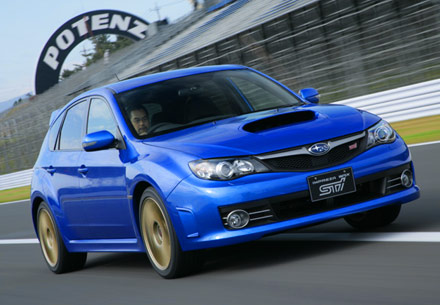 SUBARU IMPREZA WRX | ■ ■ ■ ½ □
Highs: Unbelievable acceleration, security of all-wheel-drive, never goes down on first contact.Lows: Bit of a gas-guzzler, high curb weight, tendency to attract penalty flags.Granted, we're taking a bit of a risk with this pick, as the Impreza, strictly speaking, isn't eligible to play college football (and we know how concerned the Heisman committee is about eligibility after recent events). But boy, what a performer. The WRX will run forty times in the low ones all day long, and once it gets outside, forget about it -- Subaru's tried-and-true all-wheel-drive system gives it the kind of Barry Sandersesque traction that will juke defenders right out of their shoes. The Impreza's biggest drawback might be overconfidence, as it had no qualms whatsoever about plowing right into the middle of a defensive front on play after play after play -- which, sadly, landed all but a couple members of our scout-team D in the hospital. That certainly doesn't sit well with the zebras, and Heisman voters may be loath to bestow college football's highest individual honor on someone so widely perceived as a "dirty" player. But if what you want is not just the best player on the field on any given Saturday but also the most unstoppable, flags be damned, your search starts and ends here. (So does Houston Nutt's, apparently; he's already tried to recruit three of them.) 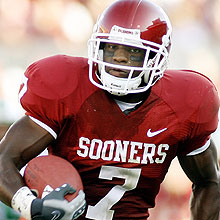 DEMARCO MURRAY (OKLAHOMA) | ■ ■ ■ □ □Highs: Accelerates faster than all but the Subaru, useful pass-catcher, elusive in the open field.Lows: So-so between the tackles, questionable strength, can't play defense.It's a sad but undeniable truth that the Heisman isn't really about the best player, it also has a lot to do with the team he's surrounded by. If Tim Tebow played for UAB, he'd be known as "that nice Christian kid who never came within a hundred miles of winning the Heisman" and probably would've signed with the Vikings as a UFA. So Murray has two strikes against him: One, an offense that can operate at ridiculous levels whether they give him the ball three times a game or 30, and two, a defense that could very well drop the Sooners down to the Alamo Bowl all by itself. Outside of those unfortunate technicalities, though, Murray is a solid performer in numerous environments: speedy, versatile, a motor that will run at peak efficiency all afternoon and never complain. If it could get you all the way to Glendale by itself, it would. 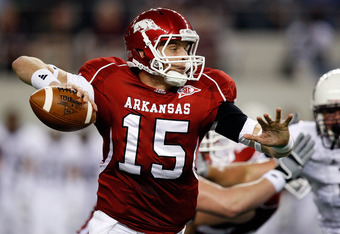 RYAN MALLETT (ARKANSAS) | ■ ■ ½ □ □Highs: Unbeatable passing power, top-notch visibility.Lows: Handles like a moving van, history of problems with CV joints.Whereas other entries in this class try to wow their customers with agility and finesse, Mallett is all about brute strength. This is a product designed for launching footballs hard enough to leave little lace-shaped indentations in its receivers' hands; it's not going to elude anyone, which means it's not for everybody. It also has a tendency to suffer its worst malfunctions in the most critical of circumstances. More than once our testers made it just as far as some godforsaken town like Oxford or Tuscaloosa, only to see the dashboard light up like a Christmas tree and steam start pouring out from under the hood. In Mallett's defense, that was the '09 model, and its engineers have assured us that those failings won't be an issue in the 2010s; you can also be assured that with pocket presence that's an NFL scout's wet dream come true, this model's resale value will be through the roof. Still, we'd exercise some caution -- you don't want to end up in a place like Auburn, Columbia, or even Starkville and find out that you're not getting home until you can pony up a thousand bucks (either for vehicle repairs or to pay off a bookie who's only too glad to profit off your overconfidence). 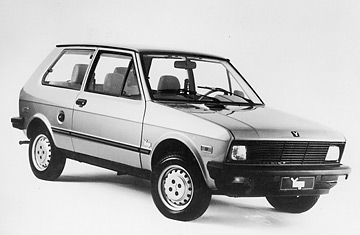 CASE KEENUM (HOUSTON) | XJAKE LOCKER (WASHINGTON) | XMuch was expected from both of these units, only to disappoint in the end with questionable design and poor build quality. Keenum is as thrilling as any quarterback on the market when he's running well; unfortunately our tests revealed major structural deficiencies, particularly in the suspension, and when Keenum broke down completely on a recent trip out to southern California, our testers decided they were done with him. With Locker, meanwhile, we were told that its troubled Seattle-based manufacturer had finally ironed the kinks out and was ready to unveil a new breed of player -- but when the cylinders only fired four out of every 20 times and the electrical system displayed malfunctions and shorts on a level not seen since the last Triumph TR7 we drove, we decided it wasn't worth our time. Granted, Nebraska would be a tough test for any offering in this class, but this is 2010, people -- when the engine won't turn over in a heavy downpour, "Put it in neutral, leave the key in the accessory position, then pump the gas while turning on the windshield wipers and flicking the headlights on and off" is not an acceptable troubleshooting method. We had high hopes for both Houston and Washington, but it's clear they're just not ready, and have earned the dreaded Not Acceptable rating from our panel.