Share All sharing options for: PAVEMENT COMPLETELY DESTROYED IN COLLISION WITH FRANK BEAMER

Airport officials in Blacksburg, Virginia are mourning the loss of an eight by eight square of pavement completely destroyed in a collision with a falling Frank Beamer last week.

The concrete suffered irreparable damage when the Virginia Tech coach snagged a bag on an object while deplaning last week, causing Beamer to fall at a high rate of speed into the concrete. The resulting impact carried a force equivalent to that of a large mortar shell exploding on the runway, according to local civil engineer Ross Tarkenton.

"We've seen some serious incidents of pavement damage here before, but outside of a war zone you're not going to see anything like this. When you're dealing with someone like Frank, though, his 11 rating on the Mohs Scale explains it all."

The Mohs scale is a scientific scale of measurement for hardness. Diamond scores a ten, and was previously thought to be the maximum prior to the birth of Frank Beamer. Combined with his tremendous density, the impact rendered the pavement into shards in nanoseconds.

"The pavement is unfortunately a total loss, but I'm guessing it felt nothing, or at least didn't have time to think about it."

Beamer suffered a torn triceps in the process, and will likely have to have surgery to repair it.

"Ol' Frank's pretty sturdy, though. I've seen grown men broken in half from simple brushes in hallways," said longtime assistant Bud Foster, who missed three games after a Beamer hug fractured three of his ribs in 2005. "He's a great coach, but if'n he loves up on you, you better be wearing Kevlar."

Beamer caused a similar incident in 2002 when his chute failed to open during a skydiving venture. Fortunately, there were no human casualties, though several jackrabbits and local wildlife were found incinerated in the impact crater. 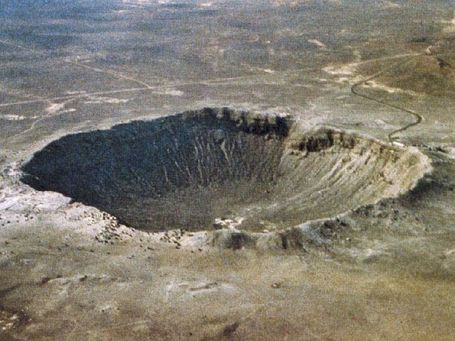