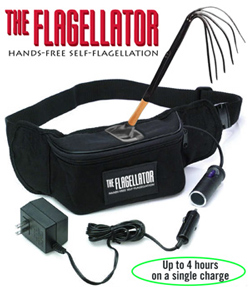 Oh, it's so like The Breakfast Club. Look at you, popular kid, throwing yourself on the sword like it will help you. Where are your airs now that you're sitting here in detention with the rest of us? When does the covert makeout session with a lower-class ruffian happen? When we catch you locking lips with Alabama between shelving and a rack of mops, will we tell the ruthless snob played by James Spader and complete your fall into middle-class squalor? Will you have to attend prom with the losers after suffering a Veronica Mars-style fall into a world inhabited by those who have to ski at--gasp!--APPALACHIAN SKI RESORTS INSTEAD OF COLORADO?

These questions sit unanswered, and will take somewhere between 10 and 16 episodes of taut teen drama to unwind. What is known: for the first time in history, Michigan men enter the detention line for two years of probation,self-imposed to keep the principal from imposing the punishment themselves and hopefully from levying any further penalties. Additionally, Michigan will lose 130 hours practice time, cut two "quality control assistants," the pseudo-coaches used to circumvent limits on coaches, and issued seven letters of reprimand to assistants, including Mike "GRRR HANG CLEAN" Barwis.

The NCAA still has to sign off on them in August, and could add their own punishments, but whatever, Private School. You're on this side of the tracks right now. Want a cigarette and a sleeveless t-shirt? No? Too bad. Wear it or we pound you while wearing fingerless gloves.  On Saturday we're going over to the quarry with Ohio State and Florida and getting blitzed on Hamm's Ice and cheap hash. You're coming whether you like it or not.

AND ONE MORE THING: Next time, don't cooperate. Alabama taught us that. You get caught, deny everything, blame others, and lie. Just lie your preppy ass off, because it's working like crazy for USC so far.

NOW THAT'S A TERRIFYING ADMINISTRATIVE ENTITY.  The IRS is interested in your money, and sadly the Caymans and the USA now have an extradition agreement, so the planned Cayman Islands University football powerhouse started by Nick Saban in 2018 will never get off the ground.

TIM MURPHY, WAR CORRESPONDENT. Tim Murphy, Harvard coach, is on the coaches' tour of the Middle East, and is filing reports with Rivals. They're what you expect, and by that we mean slightly tear-jerking when you think about a Marine with five kids risking his ass in the line of duty daily.

CHANGING TOPIC QUICKLY: Hey, look! Bill Byrne! This is not so much notable in itself, but more as a frame of reference for the inevitable skewering Scipio Tex from Barking Carnival will deliver to this in t-minus any second now.

BEHOLD, THE AMATEUR: Warrior Dash is up, including Blair-Witch-ish video. It was kind of like a Ren Fair done at a slow jog, and would have been better with a turkey leg.