Spring practice is underway, and a colossal cocktease it will be. Remember your easy storylines that repeat throughout spring practice, and you'll be fine.

OMG OUR OFFENSE RULES/DEFENSE SUCKS/REVERSE SCENARIO. The most common neurosis surrounding your spring practice experience will be the maddening attempt to divine out some kind of ironclad prediction about the performance of one unit against each other. This will result in you lying beneath an overpass passed out after drinking a whole bottle of liquor that came in a plastic jug with convenient carrying handle. It usually looks something like this.

A. Wow, our secondary looks great!

B. Wait. Maybe our quarterback sucks.

C. Or maybe our secondary is just so good that they'd make anyone look good!

D. Or we're doomed to a season of pick sixes and haphazard quarterbacking.

/DRINKING OF GRAIN ALCOHOL COMMENCES FOLLOWED BY BLINDNESS AND POVERTY

Prevent the cycle from ever happening by counting to ten, breathing deeply, and realize that from year to year the product doesn't change that much for most colleges. This can be good, as in Oklahoma working Landry Jones into the same multiform offense that's carried Oklahoma through a successful decade-plus. He'll look good, he'll look bad, and come fall it will still be an Oklahoma Bob Stoops team.

This can also be bad, as in LSU still having Gary Crowton as offensive coordinator, which stays the same no matter how physical your practices might be. The general rule: son, don't you be so happy, and for heaven's sake don't you be so sad.

THIS [SKILL PLAYER] IS GOING TO HAVE A BREAKOUT SEASON. A.K.A. the "Dallas Baker Rule," where one player spends the better part of spring practice snagging passes and stray aircraft out of the sky. This will prompt the OMG BREAKOUT PLAYER tag, applied liberally by anyone watching this physical specimen completely flex nuts in practice over his teammates. Then, come fall, they will be buried on the depth chart and fail to produce in the limited opportunities they get.

This leads to multiple fan stresses. Does our coach not recognize the gilded pony prancing before him? Why is the obvious not recognized here? DON'T YOU CARE ABOUT WINNING???

Two obvious coping strategies apply here. The first: your coach is a sensible evaluator of talent, and knows things you do not. Perhaps the talent is lazy, and fails to apply himself in the weight room and classroom. Perhaps they have just murdered a local in a convenience tiff over the store's lack of banana-flavored Laffy Taffy.* There are reasons, your coach knows them, and it's all really for the best.

The second: your coach is a moron. This can be a reasonable assumption in some cases, but should be used carefully, as the secondary stress of having your program in their hands also leads to WindowCleanerCocktailLand

OUR OFFENSIVE LINE IS DECIMATED BY INJURY. Hush. The offensive line is always decimated by injury. Spring's the only time they can admit it and get them spiked with the usual array of crutches, boots, screws, soldering paste, plaster, plastic splinting, air casts, bamboo scaffolding, inflatable supports for dry dock work, and various buttresses required to heal their gigantic superstructures. 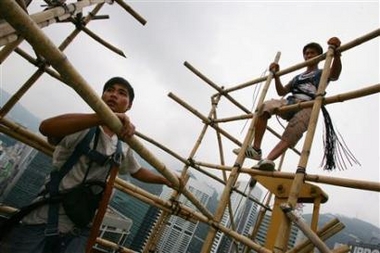 Workers in this file photo busy themselves encasing Florida's 342 pound lineman Carl Johnson in the bamboo scaffolding that will hold him together for spring practice recovery.

Fact: one in every three offensive linemen spend spring in a medically induced coma, and will like grizzly bears surface from their sleep to take part in summer workouts with a renewed vigor and healed wounds.That explains their inability to do interviews in the spring, the large number of snaps freshmen and sophomores get, and why May in most college towns coincides with the wholesale demolition of grocery stores' meat sections. They're down about a hundred pounds after the long nap, and need calories in a hurry.

So, yeah: the offensive line is decimated by injury. It usually is.

YOU WILL LOSE SOMEONE TO INJURY. Prepare thyself. It will happen, and most likely to an ACL. Anytime people play football bones and ligaments are paid into the general injury fund.  You do not lose players to injury due to random luck. You lose them because God is an Old Testament God, and will later set you car on fire in a drive-through fireworks stand. This is clearly the only healthy way to think of this situation. Entertain no other options.

NEW SYSTEMS WILL BE CONFUSING. We'd love to dispel all dread here. We would. We'd like to give you the case of a young coordinator who came to a major SEC school, overhauled a staid offense with a new, pro-style attack complete with reads and multiple formations,  and then took the league by storm even though his players called the attack "confusing" at first.

We'd love to do this, but more often than not "confusing" stays "confusing," and often becomes "muddled and ineffective and I-got-Phil-Fulmer-fired." If your players are saying this in spring, you have hired Dave Clawson as your offensive coordinator, or some other coach who will attempt to take your barely-academically-qualified athletes and mindfuck them with eight thousand page playbooks. In this case, we only have one suggestion for the carnage that will follow. 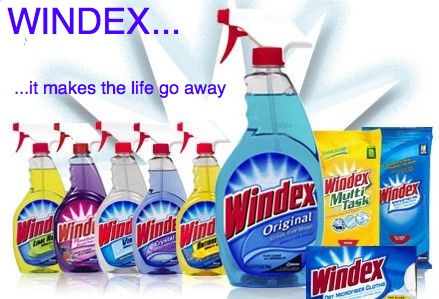 *A killing offense, for sure, since Banana Laffy Taffy is the shiiiiiiit.