Share All sharing options for: TEMPLE FOOTBALL DIVES INTO THE ADDAZIO ERA

The Divemaster has accepted the Temple job, officially ending the reign of terror in Gainesville of the Addazio-bone, the least potent attack to appear in Gainesville since the Charley Pell era, a one man offensive desertification campaign that took fertile green pastures and lay them to waste with the touch of a diving finger, a blood disorder preventing the cells from absorbing Vitamin TD, an inflexible clodhopper bent on running the same four plays like a dog running through its array of tricks until it gets a treat, a bolus stuck in the intestines of Florida's offense preventing the passage of fertilizing yardage through the system to feed our beds of touchdown flowers,  the stammering bald-pated sound bite machine who rode the words "lack of execution" like he rode the dive play on first down, a mule butting its head slowly against the same wall for months on end hoping oats popped out of the plaster...

Screw it. DANCE PARTY IS WHAT WE NEED HERE WOOOOO HE'S GONE---

In all fairness, and as we've said before, the man has his strengths. He's sturdy! He looks like Sergeant Slaughter! He can recruit like a motherfucker, especially in the Northeast! He's great to go out drinking with because he knows all the good DIVES! He was put in an untenable position by Urban Meyer, who asked him to be offensive coordinator and line coach while recruiting and serving as his proxy on numerous occasions with the public. in response, a sane person would have said, "No, I need some help with this," but like chefs, workaholics with zero self-awareness, and Greg Louganis, he just DOVE right in and took the Florida offense into the deep end with him.

Is he to blame for this? Yes, and no, and yes, and then no again before a yes. He's now Temple's problem and asset, and we wish him the best of luck and please oh God don't ever touch our football team again ever these are our no words and you will listen to them. This is a real glass of cheap champagne raised at 4:01 p.m. in our kitchen. 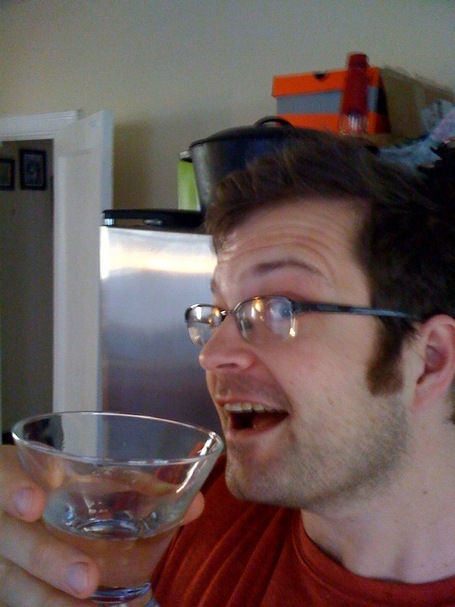