A LIST OF THINGS CAM NEWTON THROWS OUT THE WINDOW 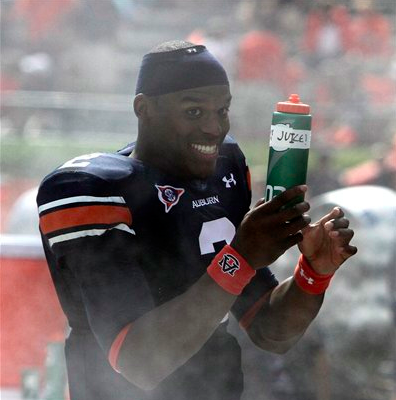 "The Heisman Trophy?" Newton said. "You can throw that out the window."--Cam Newton.

5. Children. "But only if there's a trampoline below, and padding surrounding it on all sides, because while Cam Newton loves throwing things out of windows, Cam Newton also loves keeping it real--real safe."

8. Tim Tebow. "Only because he flies out unharmed on angel's wings."

9. Jim Brown holding a copy of "Our Bodies, Ourselves." "Because I like irony and I'm a feminist."

11. A fuck. "I don't know how to do it, but science will create the first flying fuck, and Cam Newton will be the one to do it by throwing one out the window and therefore securing a Nobel for Auburn. Suck it, Myron Rolle."

13. Garbage can full of super balls.

16. A window. "Because can something empty really ever fall? Cam's DEEP."