Share All sharing options for: THE CFB BUYERS' GUIDE: ANNOUNCERS

Ratings: We haz them. Each week EDSBS teams up with the product-testers and number-crunchers of Consumers Union, using their state-of-the-art lab to pick out the very best in every aspect of college football. This week we're taking it off the field of play for a little bit to put the nation's top college football announcers to the test -- which ones are the ballers, and which ones are merely shot-callers? 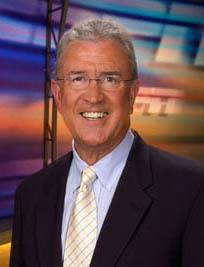 RON FRANKLIN, ESPN | ■ ■ ■ ■ ½
Highs: The dulcet tones of the man's voice are as smooth as Tennessee whiskey. If he opened a phone-sex line, you'd go broke calling it.
Lows: Just a wee bit chauvinistic, perhaps, and no longer goes to 11.
For entire generations of fans -- Yours Truly among them -- Ron Franklin is what it means to sit down in front of the TV on a Saturday night, heart pounding, and watch one's team attempt to survive another week. For years he called SEC games almost exclusively, and even though CBS would get the marquee matchup of the week, Franklin still brought gravitas to both the "trap games" pitting established powerhouses against sneaky middle-of-the-pack teams and the under-the-radar matchups between up-and-comers fighting their way toward a marquee January bowl. The dude's pushing 70 now, and he may have lost a bit of a step just like anyone else at that stage in life; and yeah, the "It's 49-21, sweetheart" incident took a while to live down. But neither one is a satisfactory excuse for banishing Uncle Ron to a dotage of Big 12 undercards. A talent like this shouldn't be stashed away in Lawrence or College Station, he deserves to be out there on the front lines. Or, at the very least, Tuscaloosa or Baton Rouge. 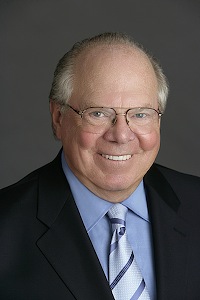 VERNE LUNDQUIST, CBS | ■ ■ ■ ■ ½Highs: Not afraid to let his enthusiasm for the game show through; when he says "Wuh-HOWW!", you know he means it.Lows: Sometimes perhaps overly enthusiastic -- he and Danielson still have a lot to live down from the Tebow years.If Franklin is smooth-talkin' Uncle Ron, the silver fox who's romanced nearly every rich widow at the country club (and more than a few of their daughters), CBS's front-line play-by-play man is Grampa Verne, the affable, roly-poly old dude who can't wait to hop out of his de Ville to distribute hard candies and marvel at how much bigger you are than the last time he saw you. The man's enthusiasm is booming, indefatigable, and utterly sincere; he clearly has the utmost respect for the young men who play the game and the fellows who coach them. Not that his enthusiasm doesn't go overboard at times -- just like that overexuberant granddad, he's prone to seizing on one aspect of something and hammering away at it until you're kind of sick of hearing about it ("Wow, you've really grown! I mean, you're REALLY tall! I'm gonna start calling you 'beanpole'! So your mom tells me you're rooming with Riley Cooper?"). But if that's the price you have to pay for a guy who refuses to let his knowledge and experience turn him into a self-satisfied, name-dropping douche -- lookin' at you, Tim Brando -- then so be it. A feature-laden, time-tested product that will please users of all ages. 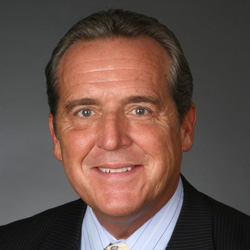 BRAD NESSLER, ABC/ESPN | ■ ■ ■ ½ □Highs: Knowledgeable, silken-voiced, a consummate professional.Lows: Almost a little too slick, like he's gonna try to sell you a mattress right after the game's over.In many ways, Nessler is like a Ron-Franklin-in-training, with a Rolex delivery that lends some weight to the proceedings and provides a good counterpoint to color man Todd Blackledge, who's almost kind of a young puppy dog by comparison. (That's not meant as condescension, mind -- if we were getting paid to go to college towns far and wide and eat ridiculous food items on the company expense account, we'd be excited too.) If there's one area in which Nessler falls behind his older counterpoint, it's ease of operation -- he almost seems a little too slick and practiced sometimes, like he wanted to be a radio DJ in college because he thought it would help him pick up chicks. In most other areas, though, Ness is a fine option. Let's just hope ESPN has the sense to keep feeding him decent assignments. 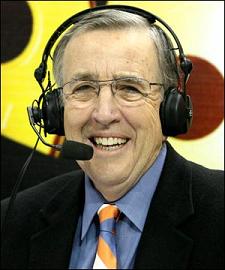 BRENT MUSBURGER, ABC | ■ ■ ■ □ □Highs: There's a reason they still put him on the big games -- love the man or hate him, when you hear "You are looking LIVE," you know something important's about to happen.Lows: Sometimes has trouble staying on course, less-than-efficient alcohol consumption.Musby continues to be one of the more polarizing figures in sports broadcasting -- buyers seem to either love him or despise him, without a lot of middle ground. But if you can get past the frequently worn-on-his-sleeve ego and the occasional forays into quasi-relevant stories about run-ins he's had with this legendary coach or that hall-of-fame player, you have to admit the man's forgotten more about college football than most of us will ever know. He's been at this a long time, you see, so when you hear his slightly nasal baritone booming out over a blimp shot of the Rose Bowl or Darrell K. Royal, you know it's a big deal. Stroke his ego regularly and keep him liberally lubricated with the finest Scottish single-malts, and he will provide years of excellent service. 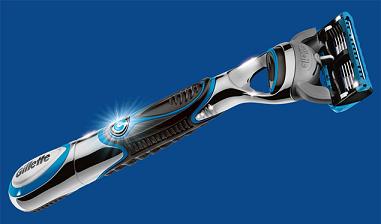 GILLETTE FUSION PROGLIDE, PROCTER & GAMBLE | ■ ■ ½ □ □Highs: The strong, silent type. Includes a single blade for precision trimming.Lows: Almost too efficient in the way it goes about its business -- and do you really need a fifth blade?Announcers typically get famous for what they say. With the Fusion ProGlide, it's what it doesn't say that gets attention; even after the biggest plays, it'll just sit there in stoic silence, trusting you to appreciate the gravity of the feats of athleticism that have just taken place. Now, occasionally that low-key attitude seems a bit unsuited for the situation, and you almost get the impression that the ProGlide doesn't know that much about the strategy or tactics of the game. And seriously, five blades? As if the average American football fan can't cut his face to ribbons just fine with four? If you're the kind of person who likes a minimum of distraction during a football game, not wanting to come out of it with anything more than the knowledge of who scored and who didn't (not to mention a close shave that lasts for hours and won't irritate sensitive skin), this is a perfectly serviceable choice, just don't be surprised if every once in a while you come away feeling a little unfulfilled. 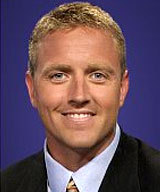 KIRK HERBSTREIT, ESPN | ■ ■ ½ □ □Highs: Still a student of the game, yet not noticeably senile.Lows: As practiced a Narrative®-regurgitator as you'll ever see; frequently gets hung up on intangibles.You want to talk slick and consumer-friendly, it gets no better than Herbie. His experience as a QB in one of the nation's hardest-hitting conferences earns respect from the men; his attractive packaging -- OK, I'm just gonna put it out there: He's dreamy -- earns major brownie points with the ladies. As an ESPN product, though, you know Herbstreit is going to be as proprietary as they come, spewing out company-approved storylines with the speed and alacrity of a seasoned pitchman. If your team is playing one of the season's pre-approved media darlings, be it a historic powerhouse or a trendy up-and-comer with a marketable backstory, be prepared to watch your boys play second fiddle for a few hours. In contrast with some of the better products in this test, Herbstreit is also known to go intangible-happy; he'd pick Boise State over the Baltimore Ravens if he thought he could make a case for the Broncos feeling "disrespected" and "wanting it more." He's a reliable offering with loads of energy, but he might benefit from a little seasoning -- and a little less programming. 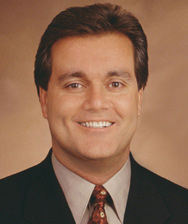 CRAIG BOLERJACK, CBS | ■ ■ □ □ □Highs: Authoritative basso profundo, decades of experience.Lows: Sometimes doesn't seem to know quite what he's talking about.No qualms here with the voice or experience -- Bolerjack's been at this for nearly 30 years, and he's got the voice of a guy who could get up on stage at Vegas and see at least a few hotel keys thrown his way by the recently divorced cougars in the crowd. But it's possible that CBS and his other commitments might be spreading him a bit thin, because sometimes he doesn't seem quite as up on this whole "college football" thing as one might like -- that, or he's making the kind of facile observations that even Jill Arrington could've picked up on. Nice guy, but there's a reason he's on CBS's B-team. A decent choice if you don't have much money to spend, but seasoned consumers will continue shopping. 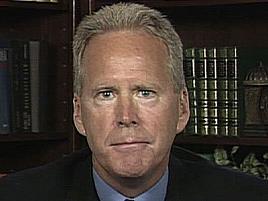 BOB DAVIE, ESPN | ■ ½ □ □ □Highs: Can't deny that the man loves the game, even after nearly a decade at Notre Dame.Lows: Underneath that spray-tanned mask lies the whitest man in America.There's a right way and a wrong way to convey enthusiasm about college football. For the right way, see Verne Lundquist at the top of our Ratings; for the wrong way, stretch out your vowels until you might as well be wearing a neon sign reading GUESS WHAT? I USED TO COACH IN TEXAS! and bark out the "footbawww" modifier like ESPN is giving you the equivalent of a mortgage payment every time you say it. In other words, do exactly what former Notre Dame coach Bob Davie does every Saturday. The man isn't evil, he isn't even all that calculated, but God love him, he's so white he makes Chris Fowler look like Ghostface Killa. From the buttoned top button on his polo shirts down to what one can only presume are the tasseled loafers on his feet, Davie exudes blissful white-dude cluelessness that's good for at least a half-dozen cringeworthy moments in any given game. Can't you just picture him coming home from a long day in State College or Stillwater to give his wife a chaste peck on the cheek and then retire to separate beds? 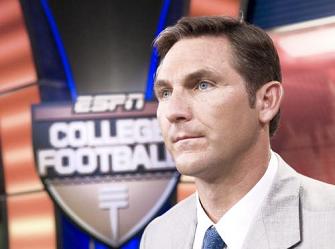 CRAIG JAMES, ESPN | X
Tuning in to a Big 12 game to find that Craig James is in the booth is kind of like switching on the TV at 10 on a weeknight and seeing Jay Leno: You're not just put off by the artistic discordance of it all, you're unnerved by a palpable sense that a profound moral wrong is being perpetrated. The former SMU running back was unsuitable for the broadcast booth even before the whole Mike Leach throwdown at Texas Tech, with his habit for interrupting and hogging the spotlight with awkwardly told dumb-jock war stories like a real-life version of Jerry O'Connell's character from "Can't Hardly Wait." But then he had to go and insert himself into one of the more embarrassing administrative controversies any athletics program has experienced in recent years, which makes his continuing presence in the booth not just a travesty of broadcasting but of ethics as well. For ESPN to continue risking its reputation by putting this product on the market, in spite of the fact that it offers absolutely nothing in the way of redeeming features, speaks to a lack of quality control to which we have no choice but to apply our Not Acceptable rating.