FULMER CUPDATE: ALL QUIET SAVE FOR THE LICENSE BANDIT OF TAMPA

Share All sharing options for: FULMER CUPDATE: ALL QUIET SAVE FOR THE LICENSE BANDIT OF TAMPA

The Fulmer Cup quantifies the offseason foibles and misbehavior of college football athletes so you, the college football fan looking to taunt with confidence, can safely accuse someone of having a school more prone to criminal behavior than yours. This week's sole update comes to you from Tampa, a good place to commit misdemeanors or suffer a stroke while shopping for adult diapers, since you'll never be alone in doing either. 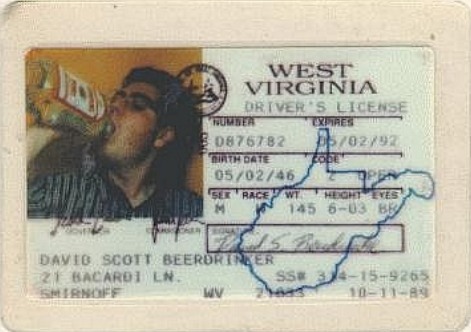 USF racks up the only points of the week when DT Keith McCaskill, lacking even a convincing fake license like the one depicted above, was pulled over for driving on a "cancelled, suspended, or revoked license" this past weekend. It's only a point, but it does put the defending champions on the board in the Fulmer Cup for 2010. That's one point for USF in the Fulmer Cup, with no bonus points awarded unless McCaskill actually produced that very license to officers when pulled over by them.