Share All sharing options for: JIM TRESSEL AS A BLACK GUY IS THE COOLEST BLACK GUY EVER

Jim Tressel is so uncool he's almost cool. Note that: almost. Devo still holds Ohio's crown for dork cool, and as endearingly retro as Tressel's sweatervest combos, complete obliviousness to the passage of time, and wearing an actual whistle a lot of the time may be, Tressel still fall just shy of being genuinely anti-cool cool. The illustration below analyzes Tressel's unique dork-chic, a kind of outfit out of what probably falls under the image category "football coach" in Drew Carey's imagination. 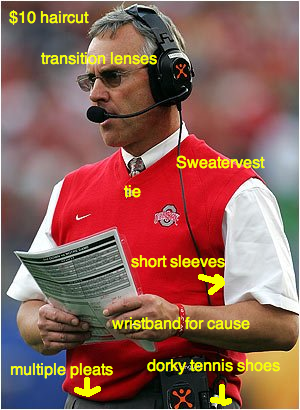 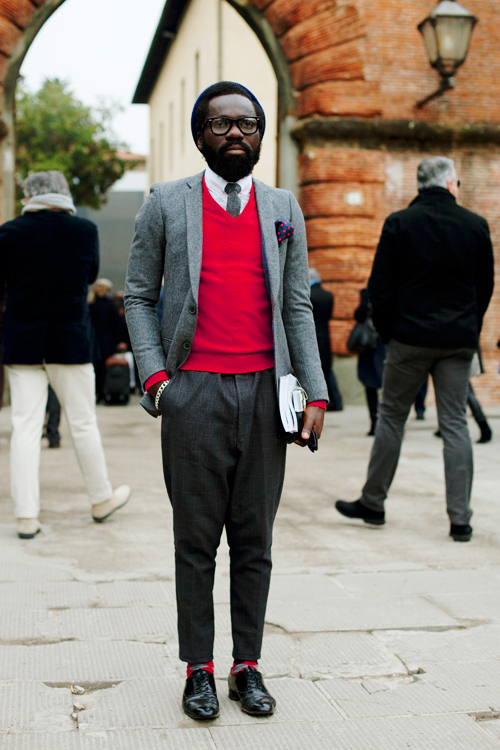 (HT: The Sartorialist, via Tyler.)