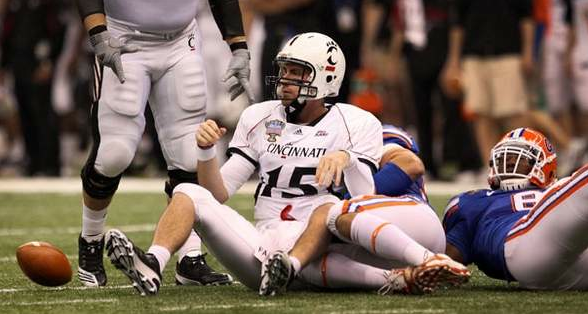 After careful reconsideration, the University of Cincinnati and new head coach Butch Jones have decided to turn down the bid to play in the 2010 Sugar Bowl.

"As wonderful as the experience of playing in the Sugar Bowl was, we're thrilled to revise our prior decision and instead proudly represent the Big East in the Meineke Car Care Bowl. We're very excited by this opportunity, and regret any confusion over the scrimmage we played against Florida on January 1st."

UNC coach Butch Davis is said to be "thrilled" at the chance to play in the 2009 Meineke Car Care Bowl.

"Yeah...since we haven't played our bowl game yet, and it's not 2010 yet, we'd be happy to represent the ACC in the great city of Charlotte," Davis said in an impromptu press conference Monday morning in Chapel Hill. This statement was accompanied by winking and nodding by Davis.