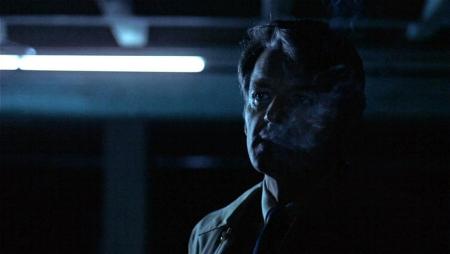 Yesterday the mothership's Big Televen Borg covered the possibility of conference expansion from a multitude of angles, many of them cautiously negative, however resigned: "We don't want traditional conference rivalries diminished." "The extra week at the end of the season helps keep the student in our student-athletes." "We don't want to be nice to Notre Dame for extended periods of time." What hasn't been addressed in many outlets just yet is the obvious and inescapable money angle. Being gooey liberal-arts types, we certainly don't intend to start tripping down that analytical path ourselves, but let's put some hazy dollar figures to this. Turns out the Big Ten Network, for a start, might not exactly be a disincentive except on a purely aesthetic level:

The revenue from the unprecedented conference media initiative will be distributed between the general campus (30 percent) and the Division of Intercollegiate Athletics (70 percent) with the breakdown as follows:
Guaranteed revenue: $6.125 million;
Less campus programming costs: $250,000;
Percentage of net revenue to campus (30 percent): $1.762 million. Of that amount, 75 percent distributed to Student Financial Services (75 percent): $1.321 million; and 25 percent distributed to General Library System: $440,625;
Percentage of net revenue to Athletics (70 percent): $4.112 million.

That's from the year of the network's inception, and that's just Wisconsin [ducks carburetor torn loose from Ford F150 and hurled from Madison by Bret Bielema whom we thought was sleeping, really we did he has the stillness of a crocodile in repose]. So it stands to reason it's a pretty good financial deal for a school to enter into, especially once they figure out how to actually get the network on air in the entire Big Ten. Add the additional revenue from the conference championship game that would ostensibly be part of this deal, and it really starts to add up. Look where most of the conference programs are clustered on this list, and imagine what they'll gain with another week of media buys. On a purely financial level, it's sort of amazing this didn't happen five years ago. (The reason is, of course, that the Big Ten is very slow in all things. You might have heard.)

And because this has to end with a crackpot wish-fulfillment prediction by secret internet bylaw, we have ONE HUNDRED ELEVENTY PRECENT reliable sources who SWEAR that Vanderbilt will be leaving to join the B10 TOMORROW and Miami will take their place in the SEC East and THAT's why Jeremy Foley didn't want to schedule an out-of-conference home-and-home with the 'Canes because how can you be out of conference when THE CALL IS COMING FROM INSIDE THE CONFERENCE EXCLUSIVE MUST CREDIT EDSBS [passes out]