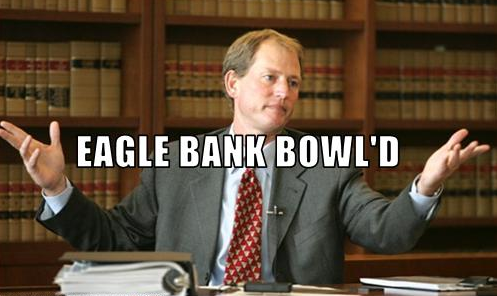 One of this weekend's squeamish pleasures was watching the Army/Navy game and knowing that somewhere in Los Angeles, presumably under a mountain of untraceable cell phones used to text recruits with aliases like "Ricardo Mas Suave" and "King Richard", Rick Neuheisel had to sit on a couch and root against Army in order for a Black Knights loss to send UCLA clear to the other side of the continent to play in the Eagle Bank Bowl. Rick Neuheisel hates America, and now gets to play a bowl game at RFK stadium in DC in December against Temple, which begs the question: why are you going to this bowl in the first place? Staying home would be cheaper for the program, since there's no way UCLA will break even on this even using public transport and staying at the Comfort Inn in McLean. (Unless they mix in a CIA recruiting visit for eligible team members in the trip.) (And in that case: WOO FREE CASH, because that's all the boys in McLean pay you in during a recruiting visit. )