SOUTH BEND, IN--(AP) Notre Dame Athletic Director Jack Swarbrick has called a press conference for 5:00 pm EST in South Bend. He is expected to announce the hiring of Brian Kelly as the next football coach at Notre Dame University.

Someone needs to tell Brian Kelly about this, though.

"I have no idea how this happened, but I'm not going to Notre Dame to coach football," said Brian Kelly, soft jazz musician, via a phone interview late Thursday afternoon. "They must be confused, since I'm in the middle of promoting my album Afterplay, working on organizing a tour, and am not a professional football coach." 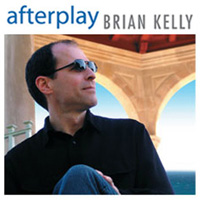 Brian Kelly: Not, in fact, a football coach.

According to Kelly, he has only had one conversation with Swarbrick a brief conversation Wednesday night that may have triggered a potentially embarrassing misunderstanding for Notre Dame in their search for the next coach of the Fighting Irish.

"I was at home, fresh from a reiki session, when the phone rang. I picked it up and this voice says 'Do you want the job?'"

Kelly, a professionally trained composer, assumed it was one of his normal clients.

"I do all kinds of work: the Weather Channel, in-house restaurant business, scoring Tyler Perry movies, the works. It's soft jazz, so you can make a living, you know? I was up for a job doing Food Network scores, and I assumed it was them calling back. So I said yes, gave him my fax number, and that was that."

Kelly assumed it was for a show about cakes.

"They have a lot of those on there now. Like, 'Build a Cake,', and 'Ace of Cakes,' and 'Monster Cake'. They all kind of run together for me at this point."

The offer may have instead been from Athletic Director Jack Swarbrick of Notre Dame, who is reported to be very interested in hiring another Brian Kelly altogether: Brian Kelly, the coach of the Cincinnati Bearcats and the reported frontrunner for the position vacated by Charlie Weis last week.

"I've never heard of him, but he would be a much better choice for the job, because he's a football coach. If they need some light meditative jazz, or maybe even some filler music for production videos, I mean, I've done that...but I don't think they'd want to pay me what they faxed over here."

Kelly laughed. "I mean, unless they want to, of course. I'll take it."

Swarbrick and Notre Dame returned no phone calls when asked for comment this afternoon. Jerry Taney of the search agency Bartlett, Howe, and Roberts did say the hire was likely a mistake, though, but refused to rule anything out when considering possible candidates.

"You never know who's going to get in the mix with them. They hired Gerry Faust, so anything's possible here."