WATCH COLT MCCOY GET BEATEN THROWN OUT OF A WINDOW

Share All sharing options for: WATCH COLT MCCOY GET BEATEN THROWN OUT OF A WINDOW

Viral ads, how much work-time can you suck away from an otherwise potentially productive day? Oh, more than you you previously thought possible, especially if you have a headshot of a college football personality you don't like and the stolen time to put it through this "Je Tuer Un Ami" viral promo for a French television show. (HT: Dave) The first victim we saw put through that was Colt McCoy, who appears below in the final scene from the "Big Marshall" variation where your victim of choice is beaten with a baseball bat, kicked in the stomach, and thrown out a window and onto a waiting car. < ----Nebraska did it first. 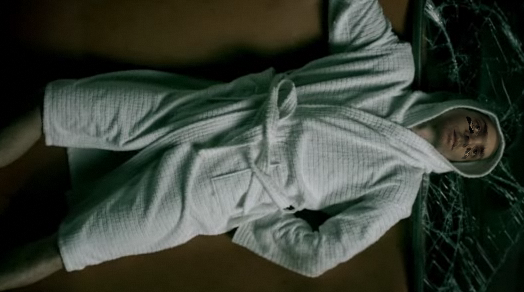 The maker is here, and ridiculously easy to use despite being en Francais. We especially recommend the Samurai version if you're keen on seeing your own head rolling around on your computer screen.