EDITOR'S NOTE: It should not be news to anyone at this point that Dollar Bill Doug's picks have been on the far side of "horrendous" this season, to the point where he recused himself from making any picks at all for the final week of the regular season. Instead, he took it upon himself to build a time machine specifically so that he could delegate that responsibility to his 2002 self, a younger, more hopeful Doug whose psyche (and handicapping skills) had not yet been dulled by poverty, long-term unemployment, and the prospect of the Bulldogs going to the Independence Bowl. Please give a warm welcome to 2002 Doug, whose picks are as follows:

RISK LEVEL 1: Not paying attention to the pre-flight security demonstration on a commercial airliner

Hi, everybody! Just to tell y'all a little bit about myself, my name's Doug Gillett, I just moved to Birmingham, Alabama, and I'm an editor at UAB, which I already like so much I can see myself spending the rest of my career here. Man, this site is great! I've got to tell you, this whole "blogging" thing kind of mystifies me -- Spencer's a great writer and everything, but I just don't know if "blogging" would be for me. I mean, I've got lots of opinions on sports and politics and everything, but I don't think I could ever be so presumptuous as to think people would actually want to read them. Last thing I want to do is come across as some kind of uninformed asshole, right?

Anyway, Boise State: I was STUNNED to find out that they're letting mid-majors in the BCS now -- next thing you'll be telling me is that we elected a black president. But the prospect of a BCS bid is probably so new and amazing to Boise State that they can't possibly have their minds completely on this game. Forty-seven points is a huge line for anyone, even the Broncos playing at home on that weird blue turf, so I think the Aggies, as bad as they are, will be able to keep it within nine TDs against a BSU team that isn't giving them their full attention. What the Broncos are probably focusing on more right now is how to beat whichever BCS-conference team they end up playing. (Keep dreaming, Broncos! As if!)

RISK LEVEL 2: Trying to find a place to park at Lenox Square (or any other shopping mall) on a Saturday in the month of December 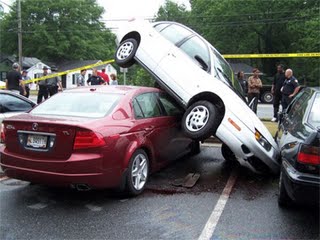 In the last two seasons, WVU has beaten Rutgers by scores of 40-0 and 80-7 -- oh, wait, those are the 2002 and 2001 scores, sorry. But I still think Rich Rodriguez is doing some amazing work in Morgantown, and I'll tell you something else: That guy's gonna get snapped up by some big-name elite program before too long, and with his kind of skills he'll have them in the national-title game in his second season, tops. I'm just as impressed with what Greg Schiano has done at Rutgers, but come on, Rutgers is Rutgers. They haven't beaten anyone with a winning record all season (South Florida? UConn? Admit it, you made those up), and they're not gonna be able to hang with Rich Rodriguez running his spread offense to perfection. Huh? Oh, that's right, Rodriguez isn't the coach anymore. OK, well, who is? Longtime assistant Bill Stewart? Well, I don't know anything about him, but if he's worked under Rodriguez for that long, I'm sure he knows what he's doing.

RISK LEVEL 3: Cheating on this for any reason whatsoever

Wow. This is weird. I was looking into how Washington had performed this season, and it turns out they kind of stink. But they just won a Rose Bowl a couple years ago! And didn't someone tell me they hired Ty Willingham at some point? How did Willingham not win a national title for them, for Pete's sake? The guy's one of the best in the business! Well, if Washington sucks, I guess they suck, and I don't see Cal having any more trouble with them than Miami is going to have with Ohio State in the national-title game next month, or than we're having with, like, Afghanistan right now. 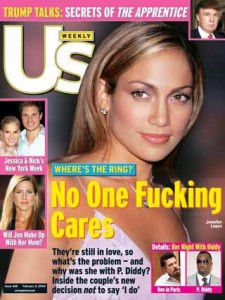 OK, seriously, this is nuts. What happened to Dennis Franchione at Alabama? He looked like he was turning them into a powerhouse, thought for sure he'd be a lifer. And how the hell'd they get Nick Saban? Figured his next stop would be the NFL, he'd be awesome there. As for Florida, we all figured they'd can Ron Zook eventually, but who thought they'd replace him with a guy with a pope's name? And how'd they get to 12-0 this year? Must've gotten lucky against Georgia.

I'm still new to everything 2009-related, so I don't know all that much about this Tebow kid -- can anybody direct me to some Web sites or "blogs" where I might be able to find out more about him? -- but even after just giving his stats a quick once-over, it kinda looks like he might be the real deal. Clean-cut kid with a good heart, a lot of talent, and the kind of Christian values Middle America loves -- he's almost like the college-football version of Britney Spears, and I'm sure he's destined to go just as far as she has. (You know what would be hilarious? If they ended up as a couple. We could even give them a nickname like "Bennifer" -- now there's another power couple that we're gonna be stuck with for a long time.)

RISK LEVEL 5: Deliberately buying your girlfriend a piece of lingerie two sizes too small and then telling her, "I thought it might be an incentive for you to, you know, lose a few extra pounds" 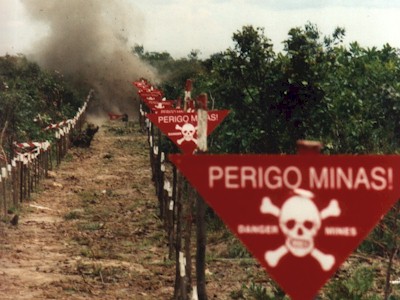 I'd be worried about this game if I were Wisconsin, because sometimes teams that don't look all that imposing can jump right up and bite you in the rear end. Take Georgia's upcoming game against Georgia Tech, for instance. Now, I know we're 10-1 and they've been struggling to a 7-4 record, but I'm worried about those guys -- I'm sure they want revenge for us breaking their win streak last year, and that Chan Gailey guy is someone I'm nervous about, him coming from the NFL and all.

In Wisconsin's case, they're having to fly all the way out to Honolulu to play a game that kicks off at what's gonna feel like 10:30 to them, and over the past few years it hasn't been at all rare for BCS-conference teams to travel out there and get played close, or in some cases lose straight up. I'm not predicting an upset any more than I'm predicting, say, Vanderbilt to ever go to a bowl game or CDs to ever be overtaken as the dominant format for recorded music, but the Badgers need to be on alert and make sure they're spending more time focusing on the game at hand than what bowl they think they're going to end up in.