You can leave. It's possible at any instant. Leaving is about the timing: the act itself is neutral, and harmless. It is the timing. Leave a baby at college and you will be charged with negligence. Leave him or her there 18 years later, and you are doing your job. Step out of a plane at the right moment and you are doing what millions of people every day. Do it at the wrong moment, and you plunge thousands of feet to a spectacular death. 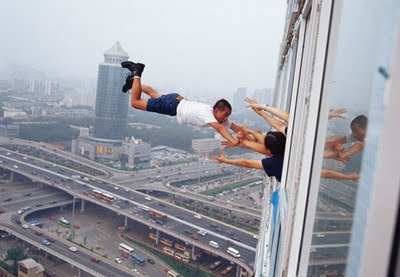 Timing is all. If Bobby Bowden had not been sick during his childhood, he might not have had the formative experience of laying in bed and listening to Alabama football. If he had taken the Marshall job, he would have died in the 1970 plane crash killing Thundering Herd coach Mark Tolley and 37 members of the Marshall football team. If he does not take the Florida State job and stays at West Virginia the threads get even more obscure. Georgia never sees Mark Richt. Major Harris wins the Heisman. Joe Paterno and Bowden share even closer historical quarters due to the now-extinct WVU/Penn State rivalry and the games they would have played in the series. Bowden goes elsewhere with variant results in unseen parallel histories.

If he had left years ago, this would be less than a formality or a hostage situation fought with contracts, timed clauses, and the swipes of legal pens. It would have been a man leaving on his own terms. That is timing. It turns lazy drives into fiery car wrecks and chance encounters into families. Respect it, or even fear it, but do not ignore it out of some inflated assumption of your own importance. The sun's coming up tomorrow with or without you, and doesn't care whether it meets your smiling face or bleached, dead bones. Both will do just fine for the sun.

The Punterooskie, probably Bowden's most infamous playcall, was astonishing timing: random, out-of-the-blue timing of the most calculated brilliance, a high school trick play gone haywire for a game-changing score in the 1988 Clemson game. Forget about his coaching acumen, and you forget what got him to the height that age and nepotism dragged him down from in the first place. You forget the veer option notes he gave to Marshall's staff during the rebuilding of the Herd's program, and the viciously timed trick plays, and the simple emphasis on fundamentals making Florida State both nasty and nastily disciplined throughout their 80s/90s heyday.

You forget the Bandit package and his continuing tinkering with the offense earlier in his career; you forget his keen eye for talent. He was no innovator, but he knew talent, and he knew weakness when he saw it. Forget all of this, and you forgot why he leaves a shadow of his former self--i.e., the figure that cast the shadow in the first place. That figure was formidable, and indisputably ballsy when it mattered. Were it not for a few kickers, he might be looking at a few more national titles on the sheet of accomplishments that obscures the diminished figure that will announce his retirement today.

He still fits the mold laid out by Lane Kirkland for Jimmy Carter: "He is your typical smiling, brilliant, back-stabbing, bullshitting southern nut-cutter." No one can schmooze boosters or the media more adroitly; if you doubt it, compare the long criminal record of Florida State's players during their heyday with Miami's less impressive resume, examine their reputations, and then compare. Bowden built an empire around his own cult of personality, the kind of cult that in certain locales gets bronze statues of you erected outside a stadium. The program's identity stemmed from him, and him first. The field bears his name, and he stands in relief pointing the way towards the future outside it.

He fulfilled the other part of the description, too. Merciless beatings of inferior opponents became the norm for Florida State in the 1990s. The preferential treatment he extended to his sons--a tendency ultimately hastening his downfall at Florida State--did not extend to the field, where he defeated his own son with an alpha dog vengeance by a 5-1 margin, including 48-3 and 54-7 annihilations of son Tommy Bowden's Clemson teams.

Bowden also cut immense slack for his players, who played the role of athlete with a dash of presumptive student. Deion Sanders in his final year at Florida State allegedly attended nothing resembling a class. Sebastian Janikowski rewrote the book on booze-fueled collegiate escapades, and Bowden retorted that he was playing "under Warsaw rules." Players frequently skated through discipline cases with little more than extra stadium steps.

At his most charming, this was a mere wink in the direction of Florida State's status as semi-pro team attached to a university, followed by a genial cackle. At his least charming and most ill-advised, it was Bowden writing a letter of support for convicted serial rapist Michael Gibson, a former FSU player who shot, raped, and robbed a Tallahassee woman in 1993. He made mistakes, and often the same ones over and over again, like relying on his demonstrably inept son Jeff Bowden and many old reliables on his coaching staff who, toward the end, were more old than they were reliable. With age, he did something his teams did not do until recently: he lost a step. 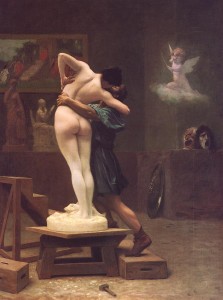 It is so very, very odd to consider Bowden stepping down not because of what it means, but because of its complete lack of meaning for us. When he goes, he won't leave behind a distinct institutional legacy at Florida State like Joe Paterno leaves. There is the stadium, and the individual lives he touched, but ultimately Bobby Bowden leaves as merely a football coach, albeit one of the best football coaches of his time.

He never pretended to be anything else, had no grand ideas outside of that. He never ran for office like Tom Osborne, or showed the vagabond itchiness of Holtz, or struck a fearsome cultural pose like Bear Bryant. He did not change football with the wishbone like Darrell Royal did. He did not glory in the role of being a gridiron Lucifer like a Spurrier, or insist on being called "Professor" like Woody Hayes did at Ohio State in hornrims, short sleeves, and a tie. Even to hated rivals, all of these strike some kind of resonance as being something more than a coach.

Iconography like this doesn't hang on Bobby Bowden. In his prime he was a guy in a windbreaker and various ill-fitting hats, a brilliant coach, and little more past that for college football. Even for Florida fans, who long despised the man and attributed impossible and evil deeds to his every action, this ends with a whimper. Ultimately, it's hard to revel in the demise of a villain if the villain was merely doing his job, albeit doing it very, very well, which is what he was at his best: a manager, an architect, and a builder working tirelessly to perfect the machine. This makes the end even stranger, since the man confused his small, mortal self for the thing he built. He is not the first. He won't be the last.