Orson: I say we do this by order of MEDIOCRE THINGS, because it is a mediocre weekend of football in general.

Orson: Northwestern@ Iowa. Mediocre thing to match: Push-ups. Insubstantial, cold, and frustrating because after all that pushing and licking, it's really just z-grade corn syrup, carageenan, and fake citrus flavoring all jammed in semi-appealing package. Iowa will be the nub left at the end, the little useless plastic wheel you’re left with at the end. We know where this season is headed, and it is sad Push-Up territory. 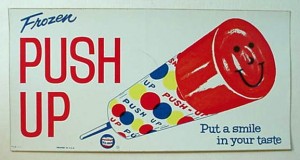 Holly: That you can't quite suck all the orange froth out of. Although, don't get me wrong, a transitive loss to Syracuse would reverse my desire to burn Ricky Stanzi as a witch.

Orson: Right. Neither team wears orange, but that would wreck a barely passable metaphor.

Holly: (I love push-ups. Sorry. Be grateful you left the parallelogram. They're like currency here.) Virginia at Miami mediocre thing: Virginia football fans?

Orson: Or Al Groh, a mediocre coach for mediocre fans. Which came first? We have an ontological problem here.

Holly: Which came first? According to Miami fans, it's...I'm sorry, this is just a drawing of an ibis calling me a fag.

Orson: They hand those out pretty liberally.

Orson: Wisconsin is going to destroy Indiana. They beat Purdue 37-0 last week, and Indiana is so star-crossed this year they couldn't win a game where Iowa handed them five turnovers just to amuse themselves. That is Crom laughing double hard at your ass.

Holly: What the hell does beating Purdue count for this year? I like Bill Lynch and his softshoe.

Orson: I pair this game with Wisconsin's own Miller Lite. Miller Lite: you'll probably drink it, because it's beer. 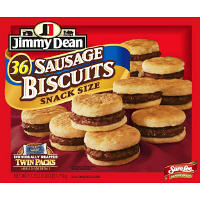 Holly: They make biscuits? (I guess that answers my question.)

Orson: They suck because even when you're choking them down you can taste that they're made of pork asshole and sawdust. Even that realization doesn't keep them from being little miracles of prepackaged crack you can heat up in seconds in your microwave. (Food that requires this little effort has to make you die.)

Holly: So, the Hawgs are patty-fied, you're saying. (Also, they make your hands greasy. Hope SC's worked on ball control since they lost to Lane Kiffin.)

Orson: I'm saying that if you put Arkansas into a microwave for thirty seconds, something's gonna die. And if you apply the heat of the South Carolina defense to them...same result.

Holly: You know what, we should've given each of these games a matching abomination, because now we have to cover Navy at Notre Dame, which reminds me of nothing so much as the impending Red Dawn remake.

Orson: Oh, it's gonna suck. Just drop your pants and get ready for the cornholing of your happy childhood memories. 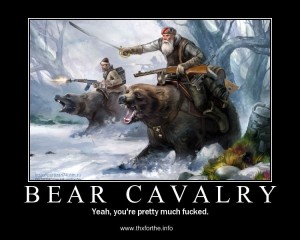 Orson: It will have CGI monsters and bad product placement by the bushel, like when the CGI bear cavalry drops from the sky, get distracted by the prominently placed Chipotle, and then emerge, gums coated with guacamole, to chase after a glistening new Ford Escape Hybrid.

Orson: Appropriate for this game, because with the return of Michael Floyd all Weis is going to do is call jump ball left, jump ball right all fucking day long

Orson: This deserves a pairing with something allegedly mediocre which is not in fact mediocre at all.

Orson: I'll take it. Bama wins this football game because Gary Crowton decides to run the Maryland I the entire game "Just because I can."

Holly: Ohio State at Penn State is clearly Comedy Central's new horrorshow The Jeff Dunham Show, because it's patently terrifying and full of skeletons and lost art forms but there's nothing else on.

Orson: I have nothing to add to that because this game between two REAL DEFENSES will be horrible to watch. I pair it with Jim Tressel's handling of Terrelle Pryor, where mediocre is too kind a word to use here.

Holly: Washington at UCLA. Does this even rate a Locker appearance? If not I won't even click over on commercial.

Orson: We can just pair this game with itself for a proper taste flavoring, like a bolognawich: bologna, with thicker slices of bologna to be used as bread.

Holly: And Miracle Whip. Goddamn Miracle Whip. Vandy at Florida. Counterpart: Paul Oakenfold, because it's going to be sweaty and loud and repetitive and headlined by a perpetually annoying martyrish type.

Orson: Mackenzi Adams can be such a prima donna.

Orson: We both grab Florida there, no? Because we're breathing, yes?

Holly: Yeah, I know Vandy gives y'all fits, but this ain't the year. They can't even give themselves fits.

Orson: We didn't make a pick for UW/UCL. I take mediocre thing Washington, because UCLA doesn't even make it to Meady Oaker Territory.

Holly: Washington, because what UCLA's doing as a favorite baffles and disgusts me. Holly: USC at Arizona State. Hoku!

Orson: I DO NOT LIKE THIS MEDIOCRE SONG GET OUT OF MY HEAD CHARLES.

Holly: Because I once extemporized this entire song and changed all the lyrics to praise Vontaze Burfict, with dance moves, in my boyfriend's kitchen and he didn't murder me. That deserves recognition.

Orson: USC's not losing this game. Holy shit, I would wager a body part on it. Not an important one, but you know, like a quarter lobe of brain or my spleen or something.

Holly: They lost to GEORGIA.

Orson: Right, making them more Georgia-ish than Georgia. That's a big ball of suck to lug around on the end of your suck-chain.

Orson: Yeah, USC gets revenge on Oregon by beating the teeth out of ASU's head.

Holly: We've all been there.

Orson: Not sure how that works, but the math is too complex to explain here.

Holly: BONUS MID MAJOR PICK: Houston at Tulsa. Houston can't play defense but Tulsa can't play offense without Malzahn, but their mascot is a resurrected and sponge-bathed Powdered Toast Man. What to do?

Orson: I think I just reminded all of us which way to go here thanks to GI, Shazam, and Dino.