Colorado once wore power blue uniforms without shame and with regularity. Correction: there probably was some shame involved since the team did it from 1981-84, a span including ten wins out of 44 games. If that sounds familiar, it should; it's about three wins less than Dan Hawkins 13 win total in year in year four of his coaching tenure.

We swear this happened. Look: 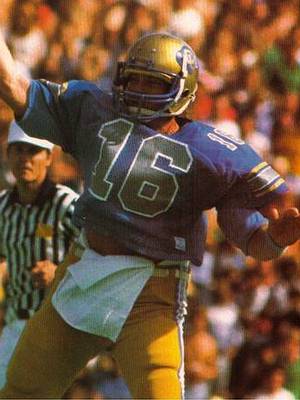