DOLLAR BILL DOUG'S PICKS: STANDING AT THE DOOR OF A BUFFET RESTAURANT AND YELLING, "SOMEBODY'S KEYIN' A TRUCK!"

Share All sharing options for: DOLLAR BILL DOUG'S PICKS: STANDING AT THE DOOR OF A BUFFET RESTAURANT AND YELLING, "SOMEBODY'S KEYIN' A TRUCK!"

Once again, man-hugs of inappropriate affection and duration to our resident degenerate gambler Doug Gillett. 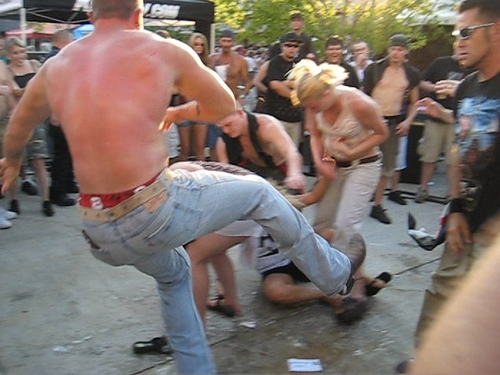 RISK LEVEL 1: Throwing into coverage against a Willie Martinez secondary
New Mexico +28 at Utah, 6 p.m.
After last week's disastrous picks, which began with a supposedly easy bet for New Mexico State to sneak under a gargantuan line against the Buckeyes, I must be crazy to put money on any team from the Land of Enchantment again, particularly one that has yet to win a game this season. (Congratulations, Mike Locksley: Not only are you the only coach in DI-A to earn both a sex-discrimination complaint and a reprimand for slugging one of your own assistants, you've also accomplished what was previously thought impossible by elevating NMSU to the status of premier football program in your state. One hundred cocktails, baller.) But the law of averages says the Lobos are going to win a game eventually, no matter how unlikely that might sound, and it might even happen this weekend, with Utah potentially nursing a QB controversy following an ugly home win over Wyoming last week. The Utes have quietly crept back up the rankings since their early-season loss at Oregon, but none of their wins have been blowouts, even the ones over mediocre-to-submediocre MWC opposition; they've also got a date at TCU next week that I suspect will be occupying most of their mental energies for the next few days. Betting on a straight Lobo upset requires bigger cojones than I've got, but it doesn't take an undue amount of bravery to picture UNM squeaking inside a four-TD line in spite of their recent awfulness. 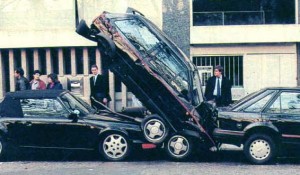 RISK LEVEL 2: Parking your car on a street in Ndamukong Suh's neighborhood
LSU +8 at Alabama, 3:30 p.m.
Even when Alabama has been good in recent years, LSU has been happy to stand in their way. Four years ago, during Mike Shula's one good season in Tuscaloosa, Les Miles's first LSU team knocked off the Tide in overtime; last year, a Tide squad headed for 12-0 needed overtime to get past an LSU team well on its way to an embarrassing late-season slump. A year later, LSU finally seems to be getting it together on offense, winning their last two games by a score of 73-10, while undefeated Bama has seen its passing game trending downward (Greg McElroy's QB rating is just 83.3 over his last three games). Nick Saban's solution to this is apparently to open it up and let McElroy throw deep again, but that may or not be the answer against an LSU secondary that's allowed its last four opponents to average only 159 yards and a 1:1 TD:INT ratio. Alabama's defense is strong enough to carry the day here, but I don't know that they're going to put eight points' worth of distance between themselves and the Tigers, particularly in what should be a low-scoring trench battle.

RISK LEVEL 3: Attempting R.E.M.'s "It's the End of the World As We Know It (And I Feel Fine)" at a karaoke bar
Oklahoma -5 at Nebraska, 8 p.m.
Well, Nebraska fans, you got your wish: The Blackshirts appear to be back, as Bo Pelini has hauled the Cornhuskers back into the top 10 in nearly every statistical category on defense. Only one problem: In the immortal words of David Spade, "You couldn't score in a monkey whorehouse with a bag of bananas." The 'Huskers are averaging only 12 points (and one offensive touchdown) per game over their last three, and have been held scoreless in 10 of their last 16 quarters. Meanwhile, the Sooners, left for dead after falling to 3-3 with a heartbreaking loss in the Red River Shootout, are keeping their heads above water with wins over Kansas and Kansas State -- and maintaining a defense that's every bit Nebraska's equal, flummoxing perhaps the Big 12's two best QBs (Colt McCoy and Todd Reesing) in consecutive weeks. The potential for OU's offense to be rendered one-dimensional by Ndamukong Suh and the 'Husker D makes this a little dicey, but it's not like Nebraska figures to be much better; bet on Landry Jones to pull his team through with a solid, if aesthetically lacking, victory in Lincoln on Saturday. 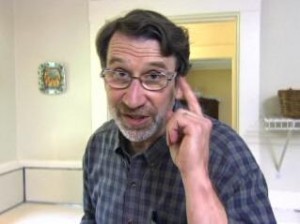 RISK LEVEL 4: Not wearing proper eye protection around Brandon Spikes
Florida -34 vs. Vanderbilt, 7:15 p.m.
As recently as a few weeks ago, this would've looked like a sucker's bet -- Florida's struggling offense couldn't cover a spread to save their lives, while Vanderbilt, despite losing like clockwork, was keeping games close with a defense that managed to make opposing offenses look as sloppy as Vandy's. Last week, though, the Gator offense got the same shot in the arm every team seems to be getting from Willie Martinez of late, while Vandy's defense disappeared in the second half against Georgia Tech, their talent for keeping games close disappearing right along with it. Now, a five-TD victory by the Gators in the Swamp seems perfectly reasonable, and no, it doesn't matter whether Brandon Spikes sits out for a half or not. Vandy's offense has been so bad that Larry Smith's season-ending hamstring tear actually looks like an opening for improvement (seriously, how much worse could Mackenzi Adams be?); otherwise, if Vandy even makes it into double digits on Saturday, one must conclude that Charlie Strong was half-assing it this week.

RISK LEVEL 5: Getting involved in a land war in Asia
South Carolina +6 at Arkansas, 12:20 p.m.
My first inclination was to put this game at the top of the column -- Arkansas looked awful in a two-touchdown loss to Ole Miss a couple weeks ago and has a secondary ripe for pillaging by Stephen Garcia -- but anyone who's been reading this column over the past few weeks has almost certainly learned that my "Risk Level 1" picks are to be second-guessed to within an inch of their worthless lives. This, too, is about the time of year when Steve Spurrier's Gamecock teams have reliably gone straight into the tank (hell, with a four-point win over Vandy and a blowout loss to the Vols, the process may have already started), so I'm moving this game up to the highest risk level -- while still holding out hope that Garcia might be empowered by the spirit of Tiny Floating Matthew McConaughey to keep the 'Cocks within a touchdown of the Hogs in Fayetteville. (Had I put this game in the #1 spot, of course, the Gamecocks would end up losing by 30.)