GEORGIA VERSUS FLORIDA: A COMPETITIVE CORRELATIVE

Share All sharing options for: GEORGIA VERSUS FLORIDA: A COMPETITIVE CORRELATIVE

We really couldn't face the idea of writing about the ACC today, so what follows is a Hate Week Substitute for the Factor Five, a Competitive Correlative in five extremely important categories discussing Florida and Georgia. Enjoy?

One: Inanity in Governance: (EDITOR'S NOTE: We assume all politicians of all parties to be evil, soulless lizards walking around in human suits masquerading as people. At night, they dine on pickled infants and watch Two and a Half Men, a uniform preference explaining the show's inexplicably high ratings. Any expression here is one of purely personal distaste, and not DURRR POLITIKS fodder.)

Florida Florida's governor is an allegedly closeted gay man with a basted ham-toned, George Hamiltonish tan you suspect continues uninterrupted around his entire body. Like anyone with the dimwitted ambition of being governor, he's not particularly bright and could probably be shot into space without any discernible effect on the overall well-being of the planet as a whole. He also failed the bar twice and sounds suspiciously like Brick Tamland when talking. Naturally, being insubstantial, dim, and tan, he has been mentioned with some seriousness for the Presidency.

Georgia: Sonny Perdue burrows even lower into the warm humus of gubernatorial stupidity, however, by opposing the lifting of the Sunday alcohol ban. Correct, non-Georgia readers: if you want alcohol on Sundays in Georgia, you must first drive to a bar, then pay a fifty percent markup over wholesale, and then wait until you sober up before you drive home because some turkey-wattled Baptist eighty miles away in Hookwormville thinks Crazy Old Testament God is going to turn him into a pillar of salt if the citizens of Atlanta get drunk in the safe, warm, and undoubtedly godless confines of their own house.

Oh, but you could just buy on Saturday. It's not a big deal! THAT'S WHAT THEY SAID ABOUT THE GHETTOS OF WARSAW, COMMIE.

We could just close church on Wednesdays to make things even. You only go on Sundays, after all, and you could just take a Bible home and pray there, right? A bar's not a church? Tell that to Nick Nolte and see if you come away with a both eyes and your dignity, Reverend.

Sonny hates freedom, and for that he and Hookwormville can go fuck themselves with a bottle opener. Sonny also publicly prayed for rain during a drought, adding "shaman-in-chief" to the list of public responsibilities the Governor of Georgia holds. This would be cool if it involved more theatrical animal sacrifices and headbanging bad girls in fur bikinis, but it doesn't, and is therefore not.

Loser: Georgia, but the exact width of a prayed-over wine cork.

Georgia: Georgian trash of all colors tops Florida's in one of the ultimate sports adored and practiced actively by the American chav substrata: giving each other STDs. How, you ask, can the Peach State lead Florida in this category? The clear answer: more Floridians step directly out of the soiled bed of their infectious tryst and directly in the mouths of sharks or alligators.

Georgia pan-racial trash also leads Florida's in another category, that of throwing trash from their cars at an alarming rate. We only have anecdotal evidence to support this claim, but motorists in this state maintain the pristine state of their own cars by ejecting refuse from the windows of their cars at a rate that would shame the motorists of the 1950s. This used to enrage us, but now is a game of Dada sequence-guessing: what's next, jacked-up pick-up truck obviously lost and driving 25 miles an hour down Memorial Drive? A whole fish dinner with fries and condiments, tossed on the road in its styrofoam container? A whole book of CDs? Decided that you really got tired of that Sticky Fingaz CD, eh? BLACK TRASH IS A CLASSIC, SIR!

Florida: Florida trash, unlike Georgia trash, come in a dizzying variety of shades, abilities, and cigarette preferences. Florida has Midwestern Bucktard Juggalo Trash lurking around Tampa and Orlando defacing late-90s American cars with all varieties of things written in either the "NO FEAR" font or the industry standard Gothic Lettering. (Because everything looks tougher in "Oktoberfest Germanic.") Jacksonville offers a thick, heaping slice of white and black tragic livin', while Tallahassee and Gainesville combine college-town squalor with the miasmic theft-based economies of most lower-class Southern cities. (Both have booming, vibrant stolen goods markets.)

You can't even begin to tussle with the Trash-topus offered up by South Florida. Miami has Haitian, Puerto Rican, Cuban, Dominican, Midwestern, Southern Cracker, and assorted Caribbean trash, a Minoriteam topped by transplanted New Yorkers, who set the tone by importing Night at the Roxbury tactics of EXCITING DANCEFLOOR RAPE SIMULATION to clubs and using copious amounts of gel and manscaping to put an edge on their razor-sharp broadsword of insecure masculinity walking. Combined with the Latin influence, Miami is a perfect firestorm of Unified Trash Theory come to life like no other, and that's before we mention the Grand Dukes of Trash, the Russian Billionaires' Club, who see Miami as their seaside, corpse-strewn Babylon. Like Milton Berle in a cock-off, we'll only pull out just enough to win, since you don't even deserve to see the whole thing. Don't attempt to compete, Georgia. This one is ours.

Georgia: An epidemic of truck nuts doesn't count, so tornadoes and the occasional flood will have to do.

Hurricanes are really just a deity's eviction notice, and like many Floridians themselves, the state keeps getting the notices and chucking them in the garbage with the rest ah them jibbery-jabbery lawyer writins. You can't really compete on this front either, Georgia, unless you have the very hand of Neptune himself smack a third of Savannah off the map in a single swipe. Bonus side effect of hurricanes? Chainsaws and shotgun sales go through the roof just before and after one, making Florida the state most prepared for a zombie invasion. Even the people have fangs, spikes, and thorns in the state.

Four: Things That Will Kill You

Things that will kill you in Georgia: 18 year olds with guns, AIDS, A God Enraged at Your Purchase of a Nice Merlot on a Sunday Afternoon, Rennie Curran, rattlesnakes, the state, chunks of batter lodged in your heart, obesity.

Things that will kill you in Florida: Serial killers who only kill serial killers who only kill other serial killers but sometimes you in a pinch, 13 year olds with guns, the state, hurricanes, lightning, rattlesnakes with herpes, wild and huge Burmese Pythons in the Everglades, planes falling from the sky, cars running off the road and into your house without warning, shark attack, rogue stingrays, rogue waves, heatstroke, malaria, Channing Crowder, Channing Crowder's pet gator Ted.

Winner/Loser: Florida by a bloody mile.

Five: Movie Summing Up The Entire State In A Single Film: 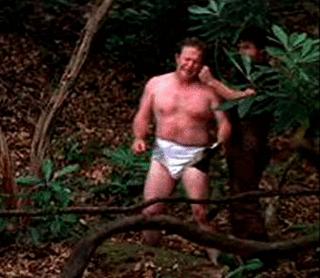 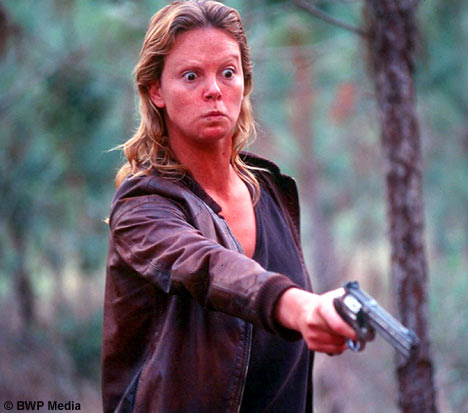 Clear Winner: Um...we're not really sure if anyone won this exercise. Except sadness. Sadness clearly came away with a massive victory here.