Welcome to our Factor Five Five Factor Preview of Florida State at North Carolina. The Factor Five Five Factor Preview examines the Thursday Night Game, the chance for you to listen to Chris Fowler unleash his happy self on a broadcast as an underrated and exuberant play-by-play man before he has to return to the set to baby sit Captain Handsomepants and Grampa Stammers (DON'T LOOK AT US LIKE THAT HE WAS STAMMER-Y BEFORE THE STROKE.)

Category one: Nebulous Statistical Comparisons of Dubious Validity. To properly illustrate the duel we have going on here, pardon a digression into the past of a geek: the Marvel Superheroes Advanced Game. 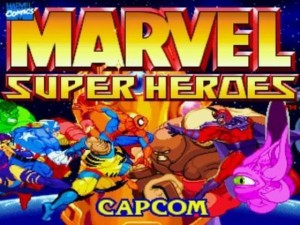 Marvel Superheroes was an idea time-killer for the ADD set because it didn't require you to build characters, scream "lightning bolt!" while you hurled a 20-sided die, or do anything else that required work or possible contamination from the tights-wearing ren-fair crowd. No, what you could do was pick three cards at random, and put your characters down on a board representing a city block, and then start wrecking some virtual shit. I try to rip the Hulk's balls off with my mind. That's the proper way to have fun with Professor X, Hollywood screenwriters. Take note, and cash us our 10% royalty check when the movie's made.

The parallels with FSU and UNC follow forthwith: more often than not, we picked our players at random.

Sometimes this worked well, and sometimes you got Ant-Man, Wasp, and Northstar all in the same hand. Random made for more fun, though, especially when you got the Blob. The Blob, at this point in his story, had no real powers besides being outrageously fat, so much so that though he really couldn't do much to anyone he wasn't sitting on, he was also immobile and indestructible at the same time.

North Carolina is the random card drawn turning out to be the Blob. Congratulations! You're impervious to harm, so immobile and well defensed that you allow only 14.2 points a game to this point in the season. Your gravity is undeniable and powerful. Unfortunately, your immobility is shared by your offense, too, an attack ranked dead last in the conference at 22.5 points a game. Last, and last, and yes, you're basically the Blob.

Florida State in this matchup? They'd have to be some kind of defenseless goon whose best days were behind them, an all-offense, no defense kind of deflated tyrant with zero ability to defend itself in battle. We wouldn't compare Florida State to a Nazi, would-- 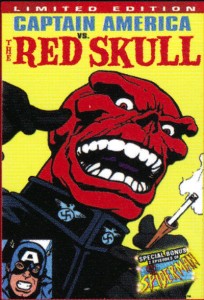 Yes, we would. Cuddles Swindle used to avoid this issue entirely when he drew Red Skull as a card by having the character set himself on fire in his first move. Hiring Jimbo Fisher as your coach-in-waiting is really a similar gesture.

Advantage: Florida State. At least Florida State can score, something North Carolina only gets to do when they receive permission from the Chancellor, who is concerned about all the study-interrupting noise touchdown celebrations can make.

Category Two: Mascot: Rameses the Ram is officially Carolina's mascot, and an unintimidating one at that. Look, a ram. Baaah. 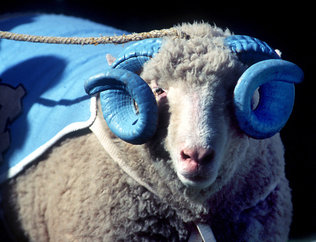 This is the part where you expect us to turn to the fake Native American that is Chief Osceola, the Seminoles' mascot, and vent disdain on his person and his horse. BOOSH REVERSAL! Of all the things to mock about Florida State, the leavin's of what once was on the field are more than enough without knocking the hustle of the mascot, Chief Osceola, whose tribe managed to hornswaggle a sweet casino deal out of the Feds before opening a gaming empire in South Florida. Now the Seminoles spend all day riding around in donk'd up swamp buggies buying things whitey used to own and suggesting to the state legislature that "When Cuba opens up, you may not want Havana to have full-service casinos while Miami has, um...a zoo." They're also still technically at war with the state of Florida.

Category Three: Aura. Aura is not the word to describe Kenan Stadium, a leisurely outdoor study hall occasionally used for the rude business of this "football team" North Carolina's less evolved boosters and officials insist on having when basketball is out of season. FSU and North Carolina have not played each other in five years, but the Seminoles are 14-1-1 against the Tar Heels all time, with the only Tar Heel victory arriving in a 41-9 upset in 2001. Both teams are winless in conference and reeling, so if you're in the mood to watch two starving inmates fight to the death over the last cracker, then you're a.) a sick human being, and b.) in luck, because that is precisely what this is.

With three conference losses, the most desperate of the desperate is Florida State here (but only by a fine hair or two.)

Advantage: It's hard to top LeCount Fantroy in anything, much less a names competition.

Grudges? Scores to settle? Sheer cussedness? Sheer cussedness might go to Florida State, but only because by the math they are more desperate to find some kernel of golden corny goodness in this turdloaf of a season they're eating before our eyes. This is the worst Bobby Bowden team at this point, and if the old man's mind is too far out to the pastures of Civil War re-enactment to understand just what that means, the very present impact that has on Jimbo Fisher and company's careers is all too apparent to the offensive coaching staff, at least. Butch Davis, meanwhile, can scrape along to six or seven wins at this rate and still raise his hand and scream "rebuild!" much as one would say "mulligan" after pelting an elderly woman in the head on an errant tee shot.

EDSBS FACTOR FIVE FIVE FACTOR PREVIEW SUM: 3-2, Florida State You've Been Factor'd! Remember, this means bet the other way, because the Five Factor is ho-humming along at .500 or so this season as an actual indicator of team performance.