Each week Dollar Bill Doug from Hey Jenny Slater gives you fair warning on the riskiness of certain wagers FOR ENTERTAINMENT PURPOSES ONLY on college football. Enjoy.

RISK LEVEL 1: Aiming for the little "shortcut" patch of fairway on the third hole of Wii Golf
Florida -21.5 at Kentucky, 5 p.m. Saturday 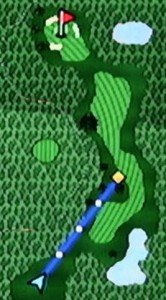 Danger comes in a thousand forms.

Urban Meyer claimed to be perfectly satisfied with his team's much-closer-than-expected 10-point win over Kiffykins last week, but don't let his outward nonchalance (or his swine flu excuses) fool you: Deep down the Model T-1000's circuits have been set to "SEETHE" for the better part of a week now, and all that means is that some poor innocent motorist (i.e. Kentucky) is about to be thrown from his vehicle and then run over with it.

Since upsetting Ohio State for the national title three years ago, Urban Meyer is a ridiculous 22-7 against the chalk and has lost back-to-back games against the spread only once; not good news for a Kentucky team that need a 100-yard kickoff return to squeeze past Louisville last week. Tim Tebow may have looked merely mortal against Monte Kiffin's defense, but Kentucky, which returns only three starters in the front seven, will be hard-pressed to match that feat; Mike Hartline, meanwhile, has been playing way over his head so far this season and is due to get brought back down to earth. If you're looking for an obscure and slightly riskier side bet, put a Hamilton or two on Hartline's 3/1 TD/INT ratio getting evened up in this game as the 'Cats fall behind, go pass-heavy, and start throwing up easy ducks for the Gator secondary.

RISK LEVEL 2: Punting the ball down the middle of the field at Cowboys Stadium
UNLV -4 at Wyoming, 3 p.m. Saturday

Two recent Mountain West doormats square off in scenic Laramie this weekend, with only one of them having made any tangible progress toward respectability. UNLV made it to 5-7 last year and has actually started putting regular scares into BCS-conference teams, occasionally even beating them; Wyoming, meanwhile, is still searching for an offense under first-year head coach Dave Christensen, with their highest achievement to date probably being hanging with Texas by three points at halftime a couple weeks ago (before getting blown off the field in a hail of Colt McCoy TDs in the second half). The Cowboys got dominated last week by Colorado, of all teams; if they're capable of making Cody Hawkins look competent, I don't expect them to offer much resistance to UNLV's Omar Clayton, probably the most dangerous QB the Runnin' Rebs have had since Randall Cunningham.

On paper, Georgia seems like the better investment here: They went into Tempe last year and whipped the Sun Devils up and down the field, and with the offense appearing to have recovered nicely from the loss of last year's two most identifiable stars, they should be able to continue that dominance over a team that's having to fly 2,000 miles into the gaping maw of the most soul-crushing humidity they've probably ever experienced. But it's hard to roll up too big a lead -- or, frequently, any lead at all -- when you're gift-wrapping the ball and placing it right back into the hands of the other team, which is precisely what Georgia has done all season long. The Dawgs are tied for 116th in the nation with a -7 turnover margin after only three games, while Arizona State is sitting atop D-IA at +8 (without a single giveaway all season, albeit against a pair of scrub opponents). If Georgia continues to hand out freebies and combine that with a third straight week of nonexistent pass defense, it's gonna be another long Saturday night needing another daring escape from the Ginger Ninja. PURPLE CHAMELEON SKIN ACTIVATE!!!!

RISK LEVEL 4: Joining the cast of a sitcom headlined by one of the former stars of "Seinfeld"

"I do not worship the devil," Dave Attell once said, "but I do agree with a lot of the things he tells me." I think someone in Auburn has been having some regular communication with the devil recently, and his initials are Gus Malzahn, for in one fell swoop the Auburn offense that was so hideous last year has been transformed into a well-oiled machine averaging 515 yards a game (good for eighth in the nation). The cynical side of me thinks that can't last forever, and between that and the look-ahead opportunity with Tennessee coming up next week, covering four touchdowns' worth of juice against Ball State is a riskier proposition than it might otherwise be. But this is an absolutely horrendous BSU team, sitting at 0-3 with losses to North Texas, New Hampshire, and Army; whatever competence Brady Hoke lent to this team evidently disappeared the moment Hoke packed up for San Diego State. I suppose there's a chance Chizik could let his foot off the gas early to prepare for the Vols, but that presumes that the Cardinals -- 112th in the nation in total offense despite their schedule -- would be able to score even against the Tigers' bench. Your mileage may vary, but I'm still going with Auburn's second string on that one. 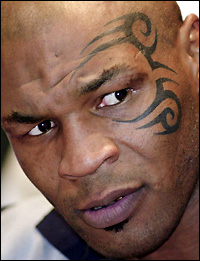 Yes, the Golden Eagles allowed 34 points to the plug-ugly Virginia offense in a come-from-behind win in Hattiesburg last Saturday, but at least USM has been prepping for their opponent this weekend; KU's team appears to have spent most of their week prepping for their own basketball squad, which doesn't seem like a terribly well-focused practice regimen to me. Kansas has snacked on some relatively easy opposition so far, but their rebuilt offensive line figures to see their most formidable opposition yet from the Southern Miss defense, which took a couple quarters to wake up against the 'Hoos but clamped down in a hurry to hold their third straight opponent under 75 total yards rushing. If USM can similarly "one-dimensionalize" the Jayhawks, they'll make a game of this one -- and that'll be just one more thing the basketball team can clown the footballers about.