STEFANO FROM MIAMI WOULD LIKE TO ADDRESS THE CROWD

Music blasts at ProPlayer Stadium. The score 33-17 glows on the board. Bats circle the floodlights. 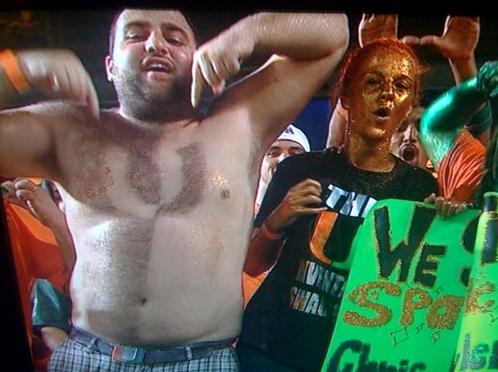 Stefano sings along with the PA music.

We at the Ro-tel, Motel, Holiday Bin!
We at a no tell, coat tail, all the way fin!

I fuckin' love that song. Brah, you tried to deny the U! You tried!

Even when we was at wars in Boise! I couldn't go because I got stuck in Club Excess for two weeks straight. I almost died, but I got bottle service and lived off the snack mix until I could pull myself out. IT WAS AWESOME.

Stefano stuffs a pound of hot carne asada into a woman's cleavage. He eats it motorboat-style. The crowd salutes him by firing their pistols in the air.

You tried, but tha U was waitin' like Najeh in a closet to shit in your shit, you know?

Know what happened tonight, world? We wiping asses with your fine linens, that's what we about. WE BACK BABEEEEEEEEEE.

At other random man. 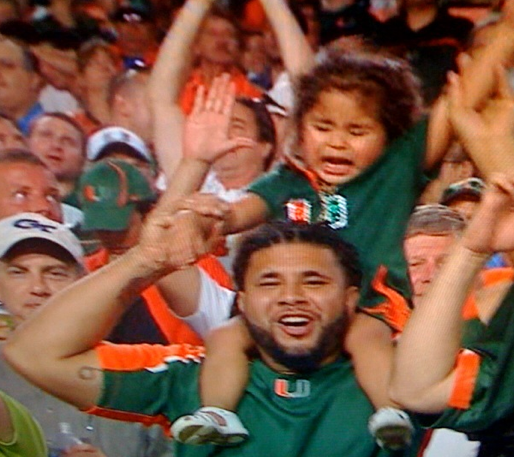 We lose Patrick Dicks and get with the Whip-style, and BLAOW. Jacory Harris rippin' shit. His head ain't skinny, it's aerodynamic. Makes his brain go fuckin' faster through time and makes him eat pussy at supersonic speeds. VRROOOOOOOM! Like a Hoover vaccum with a Heisman.

You know what we did to you tonight Georgia Tech? Da U is me, Papi, and Tech is your dick-snackin' ass, and is Mami. I pull up and ask Mami if she need a ride. She's like, "Where you going?" And I'm like "My house." Three hours later I'm kicking her out all ragged and shit. That's you, Georgia Tech, with a sore ass and waiting for Metrobus while I take off in the ride. MAMI YOU GOT MUDDED BY THE WHOLE DAMN CREW.