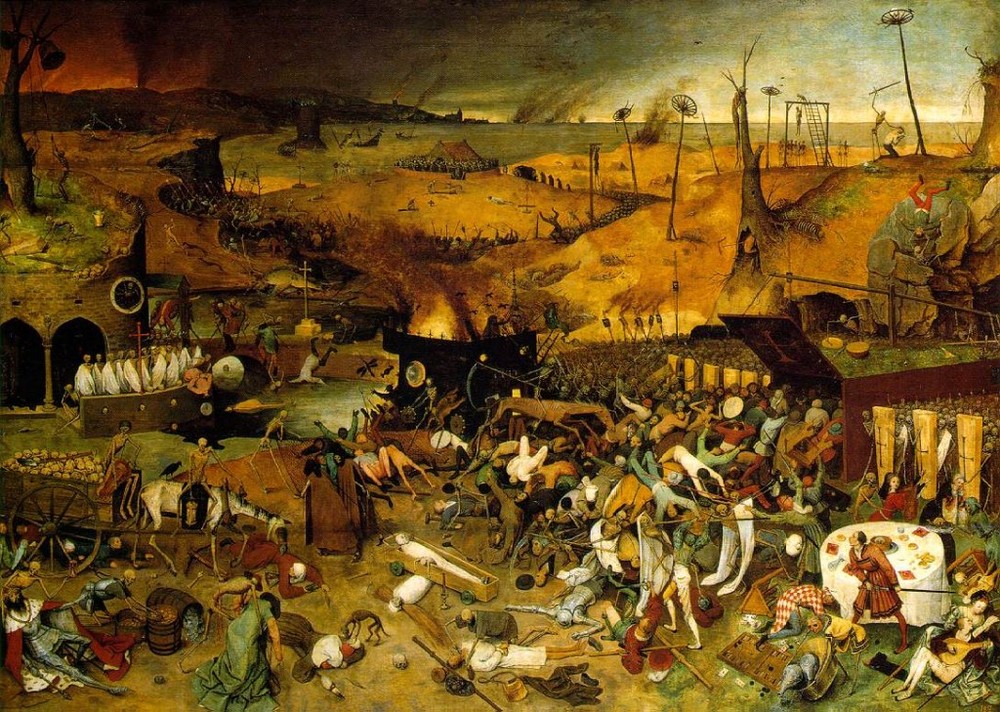 RISK LEVEL 1: Picking one of the "Manager's Favorites" on a whim at Blockbuster
Florida -28.5 vs. Tennessee, 3:30 p.m. Saturday
Honestly, what can I say about this game that Pieter Bruegel the Elder didn't depict much more vividly in The Triumph of Death? This was going to be a blowout even before Lane Kiffin's ego started writing checks that neither his body nor his playbook could cash; now that his trash talk has caused the Cyberdyne Systems Model T-1000 known to us humanoids as "Urban Meyer" to become sentient and program itself to terminate him with extreme prejudice, CBS may, for the first time, be forced to rate an NCAA football broadcast "TV-MA" for extreme graphic violence. The only way Tennessee squeaks under the four-TD line is if Monte Kiffin can (sorta) bail his kid out by dialing up enough defense to keep the Gators' slightly re-jiggered offense from running completely wild. But given that the UT offense might be lucky to score at all behind turnover machine Jonathan Crompton, that becomes a taller order still. Florida whacked the Vols by 24 last year, on the road, with the Gator offense demonstrably not even trying that hard; this year's game will make that one look like a minor disagreement between friends.

RISK LEVEL 2: Letting Billy Joel borrow your classic '65 Corvette for a weekend
Utah -4.5 at Oregon, 3:30 p.m. Saturday
Now that the Ducks have bounced back from their opening-day humiliation at Boise State to beat a BCS-conference opponent, the temptation is to assume that all is right with the world, or at least the part of it immediately surrounding Eugene. But that wouldn't be a good idea if you're a Duck fan: Oregon needed two defensive scores (an 18-yard pick-six and a 28-yard fumble return) just to outlast Purdue by two points last week and allowed the Boilermakers more than 450 yards of total offense. Utah, meanwhile, features an even better defense than Boise State, and outside of a fluky 96-yard sprint by Utah State's Robert Turbin in their opener, has solidly corralled every runner they've faced so far -- bad news when the Ducks' leading rusher, QB Jeremiah Masoli, is being hung out to dry behind an offensive line returning only one starter. Expect to see the Ducks come crashing back to earth once again as Utah controls the line of scrimmage for 60 minutes and the Mountain West dishes out a black eye to yet another name-brand BCS-conference team.

RISK LEVEL 3: Flying standby on Thanksgiving weekend
Michigan State +10.5 at Notre Dame, 3:30 p.m. Saturday
Yes, we all know how Michigan State has beaten Notre Dame their last six trips to South Bend, and nine of their last twelve overall; if even John L. "Slappy" Smith can consistently win under those circumstances, it officially falls under the heading of Not That Hard. And that alone might be enough to convince you to put your money on Sparty here, but consider, too, that even ND's few victories haven't been huge -- their last three have been by a total of 14 points -- and that State brings back eight starters from a defense that sacked Jimmy Clausen three times last year and held the Irish to only 16 rushing yards. Don't let MSU's embarrassing loss to Central Michigan fool you into thinking Notre Dame is going to roll here -- they're probably the better team in the end, but not double-digits better; they'll be happy simply to not have any flags planted in their turf when the smoke clears.

RISK LEVEL 4: Cutting Ed Orgeron off in traffic
Middle Tennessee State +6.5 at Maryland, 3:30 p.m. Saturday
Nine returning starters, a 39-point loss to Cal, an overtime escape from D-IAA James Madison: These are the hallmarks of what you might describe as "a team that is not good." Yet even last year's Maryland team managed to lose to supposedly lowly MTSU by 10 points. This year, the Terrapins have given up 959 yards in their first two games and now face a Blue Raider offense that returns 10 starters; the eleventh guy, delightfully alliterative quarterback Dwight Dasher, came off the bench to start six games in '07 and finished with 1,143 yards and a 9/3 TD/INT ratio. Maryland, meanwhile, will be struggling to control the line of scrimmage all day no matter what side of the ball they're on (only two returning starters on the offensive line and another two in their defensive frotnt seven). If you really want to show your manhood, taking the Raiders straight up in this one would not be the dumbest thing you could do all weekend. (That honor goes to starting Jonathan Crompton as your QB in The Swamp.) 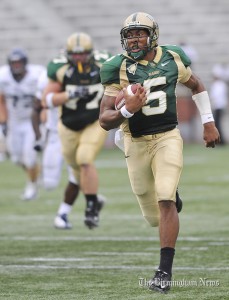 RISK LEVEL 5: Calling Bill Belichick a pussy in a bar in Boston's South Side
UAB +7 at Troy, 3:30 p.m. Saturday
Full disclosure: I spent seven years in the employ of the University of Alabama at Birmingham. However, they laid me off earlier this summer, so it's not like I'm making this pick in some craven effort to ingratiate myself with them. No, the only person I'm trying to ingratiate myself with is their quarterback, Joe "Black Tebow" Webb, who in two games this season has racked up 447 yards on 30-of-50 passing and another 291 yards (and 3 TDs) rushing. The unfortunate thing for UAB, of course, is that Webb can't play defense, but if the first two weeks of the season are any indication, neither can Troy -- it was no surprise to see them get rolled by Florida last week, but the week before that they went to Bowling Green and lost by 17 to more or less the same offense that tanked Tennessee last year. I'll be honest, before the season started, I would've picked Troy in this one, but with them struggling and UAB returning all 11 of last year's starters against a secondary returning only one, I like the Blazers' chances to keep it close in a shootou