This will be this year's final installment of Spicy Livin', as real, actual, smashy football returns in several short days and will occupy our every thought and action. Also, to help give ourselves a proper extended sendoff, we welcome guest Viking Doug Gillett.

Today's patron saint is Hugh Millais, who died earlier this month at the age of 79.

For why you should care, we refer to his Telegraph obituary:

The great-grandson of the Pre-Raphaelite painter Sir John Everett Millais, Bt, Hugh Geoffroy Millais was born on December 23 1929. Bereft of artistic talent, as a small boy he was taken ferreting by his father, and was going to shoots throughout the country with his .410 shotgun at the age of eight.
[...]
His Irish-Canadian mother next sent him off to gain some discipline as a Mountie. Instead he obtained a job covering the city's mortuaries for the Montreal Star and took in a lodger, the singer Josh White, who offered no rent but taught him to play the calypso guitar. When they parted company Millais, like many an Englishman in wintry Montreal before and since, longed for warmth; so he hitchhiked to South America. In Mexico he contracted a brief first marriage and enrolled in a philosophy course conducted in Latin while earning extra money driving two bullfighters around in their Hispano-Suiza.

Back in New York after inheriting $100,000 from his mother, Millais paid $15,000 for a dilapidated 60ft yacht, and competed in races while touring the Caribbean islands with musicians such as Lord Melody, Mighty Sparrow and Cowboy Jack; they regarded him as a "token whitey" and called him "Lord Bamboo" because of his great height. On entering Havana harbour, he was shot in the arm by some troops, but met Ernest Hemingway, a friend of his grandfather, who took him to a doctor and invited him to stay.
[...]
On moving to Spain, he recalled building a house for Salvador Dali, who changed the floor arrangement half a dozen times but did not once pay for the work. Millais then took in Orson Welles as a lodger, who also failed to settle his bill, and persuaded the architect Philip Jebb to build homes near Algeciras.
[...]
Hugh Millais summed up his recipe for life: "75 years, 0 hours of labour, 40,000 bottles of wine, a pinch of Song, Women (to taste). Sizzle gently over a low lifestyle, leave to marinade slowly, bring to fruition. Garnish the whole thing wildly in the telling."

Raise your glasses. This gentleman's passing requires no lesser tribute.

Holly: My hillbilly heritage asks: Is it close enough to fall yet to suggest moonshine and get away with it? 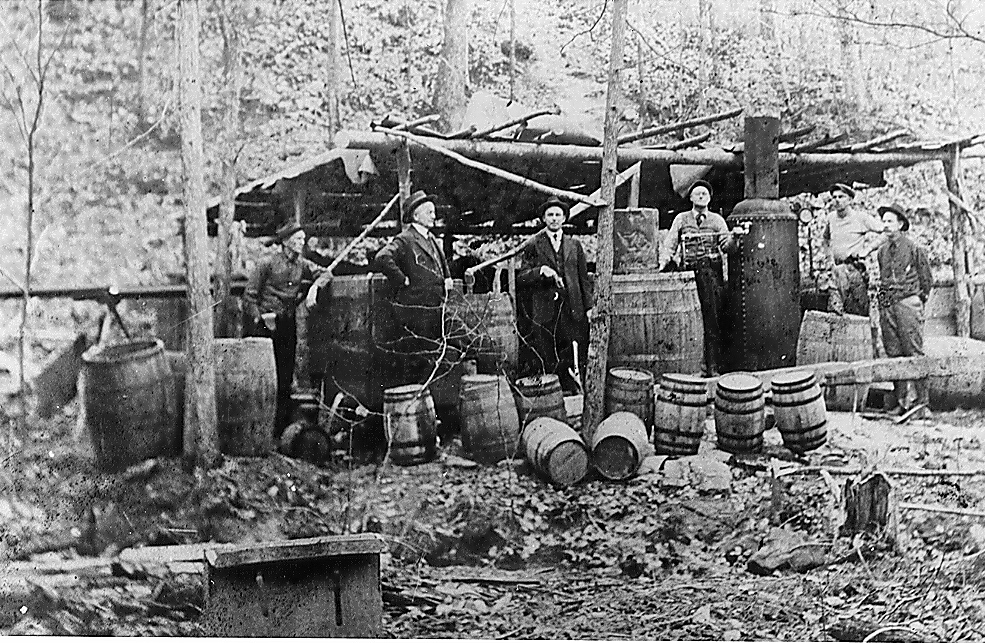 Moonshine properly made is not a sippin' drink, and anyone who tells you otherwise is doing it wrong. Shoot it fast and try and keep your feet. Or, for Saturdays, try stuffing a jar full of cut-up fruit or berries and filling it to the top with 'shine and letting it sit for a couple days. Skim out the big pieces to snack on at the tailgate without fear of reprisal from dry-campus cops, and save the infused liquid for a knockout nightcap during the WAC game.

Doug: Far be it from me to take credit for things beyond my meager abilities, but I invented the vodka float over Christmas last year.