Share All sharing options for: NICK SABAN TELLS ROOM FULL OF REPORTERS TO PEE SITTING DOWN

There really should be a collection of Nick Saban's finest press moments cut together for the benefit of the general public. Nick Saban will not go off on a long, absurd tirade in the fine tradition of Denny Green or Jim Mora, or challenge other coaches to fights, or even berate a reporter individually in full freak-out mode like Mike Gundy. That would be too personal. 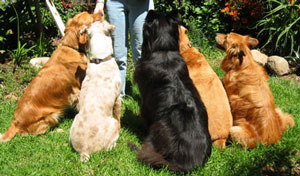 Instead, Saban just stumbles around a rhetorical corner, bumps into a crew of dudes, and just starts simultaneously swinging and pissing on all of them to mark his territory and let a horrified group of people know that even though they weren't expecting to have lunch with Johnny Cockpunch today, they're sitting at the table whether they like it or not. And for lunch, yeah: it's cockpunching time for reporters who dare to speculate about the depth chart.

"We let you come to practice. If you're going to speculate on the depth chart and who's starting at what positions, then I'm going to close practice -- for everybody," Saban said. "So nobody's going to get to come at all.

"When you say one guy's starting in the newspaper and he's really not starting, that makes the guy that is starting come up to me and say, 'Why are they putting it in the paper that I'm not starting?'"

Saban said depth chart issues should be solved internally before they are dispersed to the public.

Saban then commanded them to all pee sitting down for the rest of the week, and told them they would be checking in on them at any second to make sure they were doing what he said. He then took a dollar from each reporter for protection, and then left the room while slowly walking backwards and doing the two fingered "I'm-watching-you" gesture, pointing first at his eyes, and then at them, and then back again.