The Patron Saint of Spicy Livin' This Week: Robert Clay Allison. There is very little to actually recommend Allison as a human being: a violent, intemperate man, he suffered drastic mood swings as the result of an early life head injury, had to go West after killing a Union officer in post-Civil War Tennessee, earned a reputation as a horrifically angry person with a fast gun, once carried a man's head in a sack for 29 miles to prove a point, and once went to dinner with a man he killed in a gunfight afterward. As to why? "Because I didn't want to send a man to hell on an empty stomach."

Allison died when he fell under a wagon wheel and had his neck broken, and thus ended the life of a very mean man. However, he does earn a spot in Spicy Livin's annals for the following headstone, among the greatest ever chiseled from the granite of our fine nation: 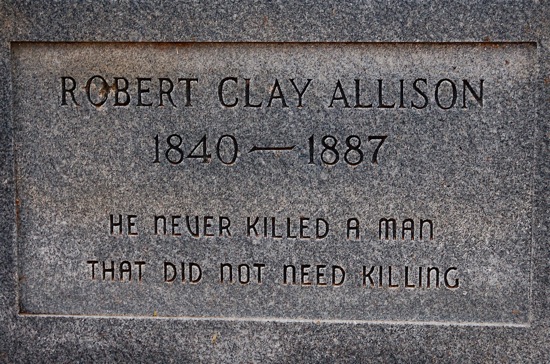 So, gunfighting, drinking and violence aside, he has a headstone reading "I AM THE BIGGEST BUT FAIREST BADASS TO EVER WALK THE EARTH." Prost!

Holly: From Dessert What Gets You Drunk, the finest of all food groups: Beer floats!

We used these to get good and stumbly on the 4th (cherry stout with vanilla bean, for the record, and highly recommended), but the other day I heard it touted as a hangover cure, and -- sweet, bubbly, carby, alcoholic -- I can't argue with this logic. 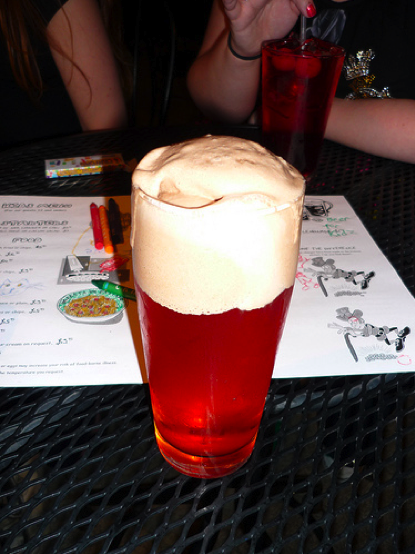 If you're in the L.A. area, there's a beer float contest this Sunday, and what do you know! They're looking for judges! Make us proud, West Campers. (Don't preach, now; it's for CHARITY, which makes it practically an obligation, no?)

Orson: The Halemint, available at Leon's in Decatur, where one menu item is "Bacon in a Glass" that you may order with optional peanut butter. Ginger Beer as a mixer is far more magical than one might think:

1 oz. mint infused pomegranate syrup (read: grenadine in a pinch, and not much of it.)

Top off with ginger beer, serve in Collins glass with big fat icecubes

The ginger beer is what morphs this from one of a zillion sugary drinks designed to get women into compliance mode, adding a bite that simultaneously covers the vodka while also validating the last shreds of masculinity you're clinging to while drinking a mostly pinkish drink by shocking your tastebuds in just the right way. Commenters will note that the choice of ginger beer matters, too. You are correct, and to alleviate that you should get your hand on some Reed's unless you're a crafty dick who likes to brag about making your own, in which case you go, you effete urban survivalist, you.

Orson: Whether it even qualifies as food or not, I don't know. The devil played his greatest trick not when he convinced people he didn't exist, but when he took human form, bought a shitload of animal hooves, sugar, artificial flavoring, and then concocted the candy/compulsion known as Mike 'n Ikes. 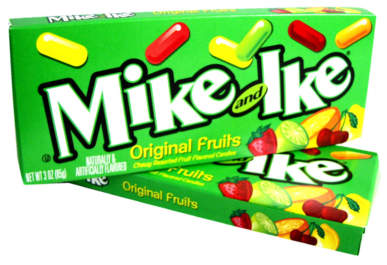 I don't even buy these anymore, I'm not to be trusted around them, capable of inhaling an entire box of them in seconds. What size box, you ask? Any of them at any time, though the evil fucking people who make these sell them in three inconvenient sizes:

Small: Contains enough to piss you of at their scarcity, a sum total of around 15-20 candies.

Diabetes-size: A box the size of a Claymore mine, and just as deadly for your bloodsugar. Contains 2,500 candies per box. Consumed just as quickly as Small box.

Suitcase: Consumption time stays steady. Resulting physical affects include seizures, driving from Atlanta to Baton Rouge in 5 hours, and THE FEAR. Number uncertain, as unit of measure is "roughly equivalent to one good sized toddler."

Their fruity seduction keeps us from walking down the candy aisle period. If you need to hide valuable information from me or never want to encounter me in person, simply stay there and our paths will never cross.

Holly: Look, I can't really think straight right now, let alone form a coherent paragraph (so what else is new?), let alone care that this will make the second time I've gone to the Alabama barbecue-centric well for your weekly Comestible, because about as soon as I finish typing this sentence, Fearless Leader Swindle and I and a bunch of no-account foobaw writerly types are all making a fast break for Dreamland and ZOMG OK BYE 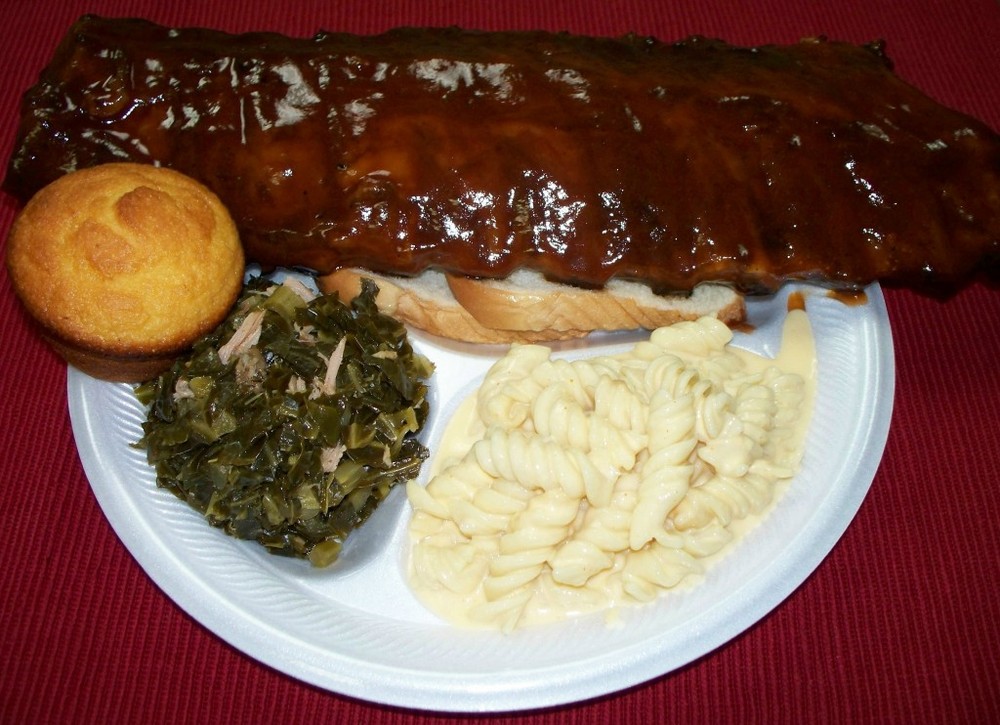 Holly: Presented without comment, and with much guffawing laughter, The Perils Of The Flaming Shot.

Holly: The Italdesign Columbus, designed by Giugiaro for the 1992 Turin auto show to celebrate the 500th anniversary of whatever it was Christopher Columbus did. 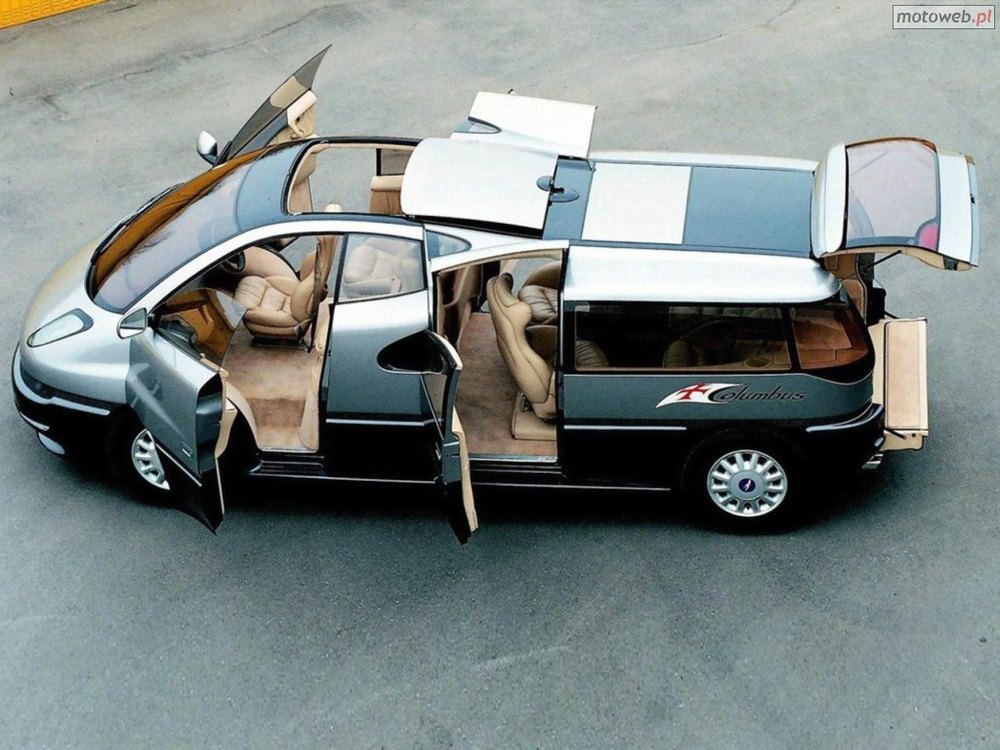 Up in the forward bubble, the driver sits in the center, flanked by a seat on either side that will presumably be occupied by someone who will navigate or read the driver stories. In the rear compartment, you've got swiveling leather seats and presumably enough space for your Scrabble game or liquor stash or whatever it is you're going to be entertaining yourself with back there. So never mind the fact that it looks like a Toyota minivan getting rear-ended by a Volvo station wagon; this car is the ultimate tailgating vehicle, with loads of cargo space and a massive tailgate upon which to mount your satellite TV, and it's lounge-on-wheels comfortable for the 500-mile drive to Lexington, Fayetteville, or whichever shithole your team is being forced to play in in any given week. Italian-designed, BMW V12-powered, and America-sized for people who don't own the road but want to take up as much of it as possible.

Orson: The Jeepney, the Filipino hooptie/mass transit mule showing that in all places influenced by both American and Spanish culture, people will inevitably begin slapping chrome, lights, outrageous paint jobs, Catholic icons, horns, and sculpted chrome animals onto their vehicles. 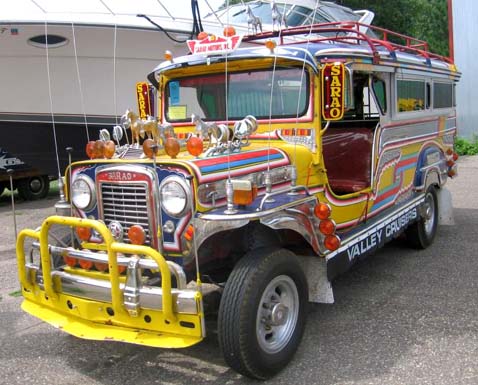 Jeepneys roll everywhere across the Philippine Islands, and would probably drop you off in the middle of your living room provided they could pick up someone along the way, you paid the proper fare, and if you didn't mind the owner stopping to pick up a little bit of San Miguel on the way. You can flag them down anywhere at any time, and can leave at any point by slapping the roof, yelling "BAYAN!!!" (payment) at the top of your lungs, and then figuring out what you owe. Built on extended Jeep frames with benches installed in the covered bed, equipped with blaring mariachi horns, and endowed with the ability to survive the rutted rigors of even the most whorish tropical roadways, the Jeepney is a marvel to behold, even when a huge bump sends you skull into the ceiling and you come to in a Manila garbage heap without any ID or pants. (The Jeepney had nothing to do with that part, and you wouldn't be alone in this situation, anyway. Plenty of people end up without ID and pantsless in Manila.)

Holly: Dr. Tatiana's Sex Advice to All Creation, an evolutionary biology book (SHUT IT) presented as a series of sex advice columns for bugs. To wit:

Dear Dr. Tatiana,
My boyfriend is the handsomest golden potto I ever saw. He's got beautiful golden fur on his back, creamy white fur on his belly, he smells delicious, and he has ever such dainty hands and feet. There's just one thing. Please, Dr. Tatiana, why is his penis covered with enormous spines?

And we've all been there, right?

Orson: Unsolved Mysteries. The most terrifying show of my childhood by far, Robert Stack in a trenchcoat remains the man who narrates my nightmares (the ones inevitably shot with a soft-focus filter over the lens at dusk and with bendy synths spooking me out in the back.)

Shot on a budget of fifteen dollars an episode, the crew made do with any story by shooting it in places where people might conceivably be found dead, go missing, or be killed in mysterious, painful ways. They made even the most mundane things terrifying by shooting segments in a vacant lot you half-remembered seeing off the interstate and thinking, "Well, that's probably where someone got shot on a cold, dark night with plenty of ominous bendy synths in the back."

They did DB Cooper, satanic ritual murder in Central Park, and other glamour cases, sure, but Unsolved Mysteries took special joy in making even clear cases of sheer stupidity seem terrifying. Once they did an entire segment about a man who pulled off the road in Utah and was never seen again. It was winter, and I'm thinking, "Well, he probably was just tired, and pulled off the road, and then went to pee and got lost." Yet the segment had these eerie shots that--I shit you not--made it appear that at any moment, the Goat With A Thousand Eyes was going to take this poor actor playing the unlucky dumbass of the segment and rend his body and soul into screaming shreds. For a kid watching this, it led to you suddenly hearing Robert Stack narrating something as simple as your walk home: "11 year old Orson Swindle was walking home from school when he vanished," a statement that in Robert Stack's horrifically sinister voice all but included the phrase "because he was kidnapped and raped by Barbary Pirates until he exploded."

The X-Files learned all of their tricks--the flashlights, the mist, the continual spookification of ordinary spaces--from Unsolved Mysteries, and even then it still wasn't as scary. (Except for "Home." You ruined Johnny Mathis for us forever, you bastards.)