HOPEFULLY OUR SUIT AGAINST THE SUN WILL STILL SUCCEED

Share All sharing options for: HOPEFULLY OUR SUIT AGAINST THE SUN WILL STILL SUCCEED 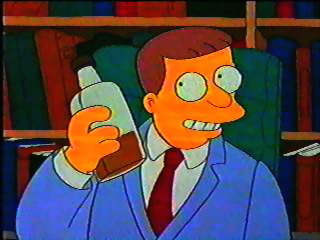 This post brought to you by Hutz and Hutz, your firm for racial discrimination and sun-harassment suits.

One reason some schools are terrified of hiring black coaches: they're terrified of alienating the all-important demographic of racist recruits. Another: the fear the black coach will make fun of them when they're dancing at the holiday party. (They will, though.)

And still another: the fear of looking like racists if they fire the head coach, or worse still the resulting expensive litigation blossoming after the firing? That fear may be semi-rational, but it is a bit less rational after the dismissal of the verdict in the Jerry Baldwin case this week. Baldwin was the inept coach at UL-Lafayette, and led the Ragin' Cajuns directly into the hole with a 6-27 record before his firing after three seasons in 2001.

Reading between the lines, the main reason for the overturn seems to be that the trial happened in Louisiana, and went about as well as most Louisiana jury trials go: disastrously for Teams Logic and Fairness. Pay attention and laugh along, Category 5:

The appeals court also found Johnson wrongly granted "expert witness" status to a man who testified about how being fired might make it difficult for Baldwin to obtain another coaching job.

The appeals judge ruled that the man offered only a personal view unsupported by any "indicia of reliability."

In addition to our lifelong dream of being convicted for practicing law without a license, we now have a new one: being an expert witness on something in a trial without having any expertise in the subject whatsoever. Available immediately, willing to travel, and will claim intimate knowledge of any discipline whatsoever. "So Professor Swindle, what made this mineshaft collapse?" "Pretty sure it was the foreman. Just my opinion, but I am an expert." KA-CHING!

As long as this doesn't interfere with the $45 million settlement we won in Louisiana in 2003 against the sun for "bein' all up in my face all the time," we're fine with it. It also lessens the fear of suit being filed over the firing of a black coach by .001%, so that's nice, too.