THE DIMENSIONS OF A FOOTBALL FIELD, OR OFFSEASON BLOVIATING ON LIMITS AND FOOTBALL

Share All sharing options for: THE DIMENSIONS OF A FOOTBALL FIELD, OR OFFSEASON BLOVIATING ON LIMITS AND FOOTBALL

Set up any game, and it's borders are what give it life and meaning. Not all these spaces are equal or limitless: A cricket pitch is usually a rough circle bordered by stands, but is by definition not limitless. In Grand Cayman, we once watched a cricket game where the players stood in a sandy, scraggly, and technically limitless patch of earth. Technically, by lack of agreement, if a player could heft the ball into the sea, a field would have to get it, as it was still considered in bounds. (The greatest danger anyone faced on this field was hitting one of the humpnecked white Brahmin cows wandering the perimeter.)

Soccer fields can vary in size without a defined limit, as can baseball diamonds, whose irregular shapes often influence the outcome of games themselves. Football and basketball, however, share a defined space. Play them anywhere and the dimensions of the field are the same, a uniform prison for the capture of competition no matter where you are. 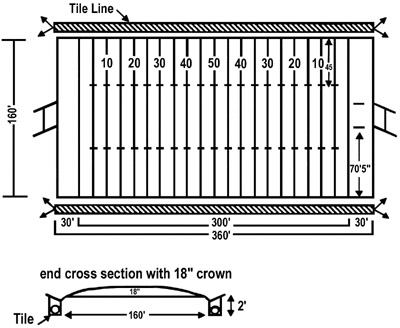 This is not said at the cost of soccer or baseball: this isn't a zero-sum game. But it does highlight the fundamental rigor of the game, a restrictive framework consonant with everything else about football.

George Carlin once said baseball was a game of fun, while football was a game of "21st century struggle." Football's rules, protocols, and traditions are rigid, and even absurdly so. Consider the following criminal code of football behavior if you tried to explain it to a total stranger.

You must line up in this fashion; you must not do the following things in the art of blocking someone; a fumble is only a fumble if the prior conditions are met; an alignment may be declared illegal if proper motion is not shown and rules are not followed; defenses may defend using the following techniques and not these listed techniques; a pass must be executed in this manner; snap counts may not be mimicked; kickers must not be touched; certain players are in fact non-contact or regulated-contact targets only for the defense; certain defenses and offenses are illegal; uniform and equipment must conform with league standard; so many people may be on the sideline; behavior by players on the field is regulated, and must conform with league standard even in celebration, as dancing is not allowed.

(The natural affection of lawyers for the game makes so much more sense now. Used to operating quickly in a web of extremely particular legislation and code, lawyers get to watch a simulacrum of what they do, but one where their favored side sometimes quite literally knocks the other side unconscious. All very satisfying after a crap week of legislation, we'd assume. )

Thus the emphasis on efficiency in football. There are rules, and these rules can be leveraged with sometimes hefty amounts of strategic thinking. It's one of the reasons the game can seem so airless and dry at the pro level: given all the time in the world to work on the mathematically optimal ways to play the game year-round with professionals, the game becomes calculus with concussions, and the rare mistake by a pro can determine his entire career. Why? Because compared with college athletes, pro athletes make so few errors. (See: Tony Romo.)

College features more error, yes, but with an additional limitation: the players lifespans are pre-established. They're fixed, and their mortality in the game becomes a matter of fact the minute they sign the scholarship. Add in fewer games than the pros, and the seconds become the clock not only for the game, but for the very scarce time they have to do anything meaningful on the field. The average career of an NFL player may be comparable--three and a half seasons or so--but it's paid with the possibility of extension. A college player knows his expiration date. Which one you find more frightening is a matter of death row debate.

This all comes back to your focal event as a fan, or the instant where you realized the game had some kind of parasitic, infectious grip on you that no amount of treatment would undo. The game's rigid fatality had something to do with our focal event: when Patrick Nix heaved a pass into the back of the endzone against Florida at home and found the waiting fingers of Frank Sanders.

We're in the opposite endzone left looking up at the clock and thinking: this cannot be it. The resounding feeling was pain: irrational but unmistakable pain underscored by the muggy heat and exasperated gasps of a crowd left reeling by what had just happened, the mass equivalent of watching your dog shot in front of you while you sit bound and powerless in a waking nightmare. (If this sounds like every other really important game Terry Dean ever played, then yes, it should.)

No injury time, no second chances: just a minute and change left on the clock bleeding because the rules dictated it and demanded you respond. Every football game dies one second at a time, bounded by a thousand rules, and played out by teams of fragile people working under pressure to be as good as they can possibly be under the circumstances.

Its stricture gives it its drama, its limits force creativity, and its scarcities give it is masochistic cost/benefit payoff. More relevantly, football's economy gives it emotional resonance. If you're watching it, you watch it because you see a neatly packaged simulation of life itself--ruled, defined by a beginning and an end, and often chaotic in spite of all the rules--with two satisfying twists.

First, an actual victor is declared, something very rare in life. Second, you know roughly when it's going to end. Because of this football, for all its violence and terror, will never be as deeply terrifying as life itself. (Even when Terry Dean throws four interceptions in a single game.) Without the clock, without triple zeros set between the bounds of a field precisely 160 feet by 360 feet awaitig you, meaning is debased, and we're not left staring at the death sentence spelled out in incandescent bulbs on the Florida Field scoreboard 15 years ago wondering what the hell just hit us.