Hawaii's stayed with a slightly more run-heavy but still pass-wacky offensive attack in the Greg McMackin era, a wide-open attack requiring a quarterback not necessarily with cannonade arm strength, but definitely demanding some degree of accuracy.

The person to run such an attack would be a Timmy Chang or Colt Brennan, and most definitely not Bryce Kalauokaaea, walk-on qb charged with first-degree terroristic threatening and fourth-degree criminal property damage. Kaluokeaasddeaaaeeiiiaa (damn your vowelwhore of a language) threatened his girlfriend with a knife and also held a dog hostage in an extremely poor display of marksmanship on April 12th. 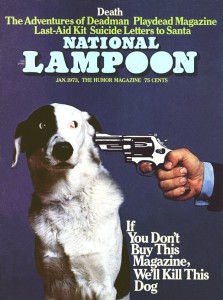 This kind of had to go here. You don't want the results for "dog knife."

First, kaluoa--THE QB GUY, dammit--got in to an argument with his pregnant girlfriend, which will happen. Nothing going wrong here in an abnormal sense, as young people staring down the barrel of an impending childbirth are wont to fight. It's after the departure when the girlfriend comes back for the laptop that things go awry.

Then, Unspellable QB guy decides to get a "two-pointed knife" and win back his lady's heart the old-fashioned way: by threatening to kill her dog. Clearly unfamiliar with this particular move from the Tom Sizemore Book of Dating and Lovetype Things, she begged him to stop pointing the Klingon Death Weapon/ Hawaiian James Cook-Filet-er at the dog. He obliged, and brought her close, held her, and then did what lovers do: threatened to kill her.

Overwhelmed by this, she immediately realized the error of her ways and stayed waited until he stopped, let her go, and then ran like hell for the door. Then Unspellable Qb Guy put on the kind of throwing display troubling scouts and local prosecutors alike, throwing a glass at the woman (and missing,) improperly blocking a screen door, and punching not the woman or a bystander, but instead heaving a few fist-passes at her car.

The charges alone--assuming both are felonies--are six points, but the bonus point for threatening both a pregnant woman and dog earn seven points for Hawaii, taking them to a commanding 16 point total giving them the team lead for the moment. QB guy was probably released on bail, will not jump bail for fear of seeing Dog the Bounty Hunter's hair and weeping for humanity, and is looking for a quality Alonzo Spellman Dog Saw if you've got one lying around.