Monday's interview with Florida Atlantic's Howard Schnellenberger contained an incorrect inference on the part of our reporting staff. Although Schnellenberger spoke at great length about his interests in the healing powers of being immersed in water and the "laying on of hands", he is not an ordained minister. We regret the error. 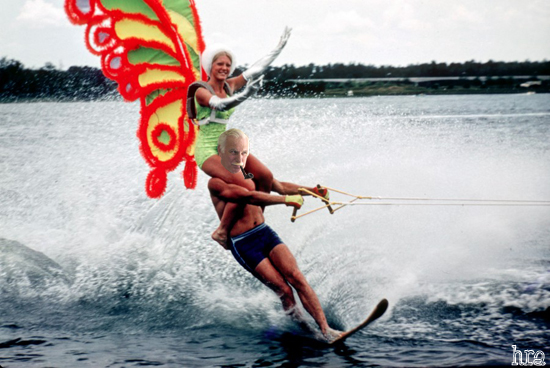 Later on that same waitress told Johnson that she had heard that the new Georgia Tech head coach was in the restaurant.

"She pointed to a guy in the corner who looked like he was about 70," said Johnson. "I figured and wasn’t as big a deal as I thought I was."

This was in fact Paul Johnson, only in his doppleganger form, a seventy year old goldpanner named "Liftbottom Stipplecock." He currently serves as Georgia Tech's offensive coordinator and lives on a spacious mat in the pedestrian tunnel under I-75 between Georgia Tech and Midtown. We regret the error.

Photo Correction: This actually is Texas Strength and conditioning coach Jeff Madden catching a cab, but it is in Minsk, not Moscow. We regret the error. 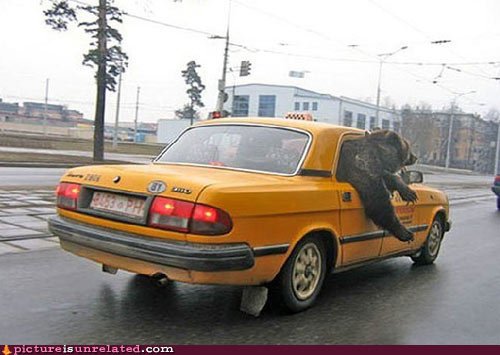 In Thursday's "Better Know An SEC Home Remedy", we reported that the sheen of Tim Tebow's forehead will "soothe and smooth even the unruliest of split ends." We should have clarified this to indicate the cure is intended for hard-to-manage human hair, not quarrelsome X receivers. We regret the error.

On Thursday, we published a report that Rod Gilmore had submitted an extensive personals application to the website "J-Date.com" even though Gilmore himself is not Jewish. This was in accurate: the website in question was in fact ConjugalVisit.com, a service for men who volunteer to service incarcerated women. "I'm a giver, and I like 'em rough," said Gilmore in an interview on Friday morning. "Nothing to apologize for there." We regret the error.

In Wedenesday's "Legal Beagle" column, we mistakenly reported that Howard Schnellenberger had settled his copyright suit with Williams Street Productions for their use of a nightly Schnellenberger household ritual in an episode of the show Sealab 2021:

The FAU coach has not withdrawn his lawsuit, and plans to "Sue the bastards 'till they bleed from their flopholes." We regret the error.

Wednesday's Curious Index reported that Illinois' Ron Zook ate a handful of live bees as a motivational tactic during last week's final practice. Coach Zook's attention-grabbing snacks of choice are digger wasps. Further allegations that he then donned a bear costume and punched a female trainer in the face were accurate, however. We regret the error.

Friday's Curious Index did not report the news that Dan Hawkins had closed Colorado practice due to too many strategic tweaks being leaked on line. This was clearly an error, as it will make Colorado's inability to win ten games even funnier in retrospect in December. We regret the error.

In last Friday's "Ask A Texas Fan: Why Oklahoma Ruins Everything", our guest columnist reported that Sooner quarterback Sam Bradford kills the popular character Hurley on a forthcoming episode of ABC's LOST. Bradford's shadow contract with ABC does not extend to scripted programming appearances and he has no plans to appear on the show. We regret the error, apologize to any fans fearing the show's season finale had been spoiled, and hope you will enjoy next week's column, "Ask An Auburn Fan: It's 4:45 PM And Bear Bryant Is Still Dead."