In this week's published excerpts from Brent Musberger's forthcoming autobiography, his ABC broadcasting partner Kirk Herbstreit revealed that they train as triathletes in the offseason to stay in shape, and that Musberger has rescued Herbstreit from archaeopteryx attacks in open water on four separate occasions. We have since been informed that our transcript was in error, and that Musberger rescued Herbstreit from sharks. The archaeopteryx has been extinct for millions of years. We regret the error. 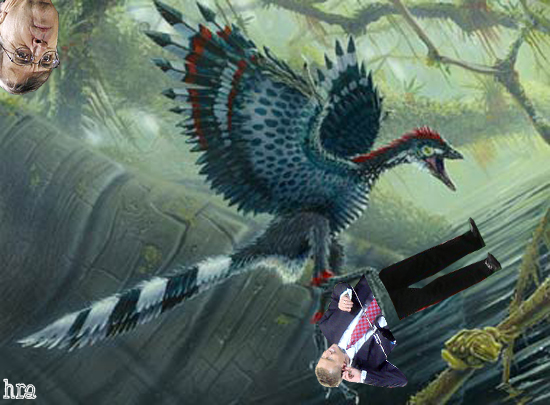 Former Alabama lineman Andre Smith is not currently floating off the Straits of Hormuz as previously reported in Monday's Curious Index. Smith is in fact feeding several hundred miles south of the Solomon Islands, and is neither blocking commercial shipping lanes nor infringing on any fishing grounds. Sailors are warned to steer clear of the waste release valve on his stern. Capsizing may be a danger for smaller vessels. 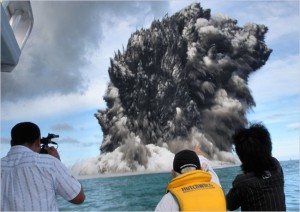 To boost his draft standings following Wednesday's Pro Day at Alabama, quarterback John Parker Wilson will release his own self-produced aerobics tape, but it will be titled the "Bama Bangs Blaster Workout", not the "Toss Your Way To Shapelier Hips And Thighs With John Parker Wilson Workout" reported previously. We regret the error.

On Thursday, our interview with Ron Franklin alarmed some when a photo of Franklin on the sidelines of the 2000 Georgia/Auburn game appeared to show him urinating on the sidelines with his penis exposed for all to see. Franklin's representatives called to clarify that Franklin was not urinating, and as a professional would never show disrespect for his hosts like that. Franklin suffers from the medical condition known as penile claustrophobia, however, and frequently has to ventilate his member in order to provide relief from the condition. Other notable celebrity sufferers have included Charles Haley, Terri Hatcher, the Reverend Charles Hagee, and Andy Richter.

As penance, this post is brought to you by the only drug on the market to help men face the demons of penile claustrophobia, Enclosium. Enclosium: because good fences make good neighbors. 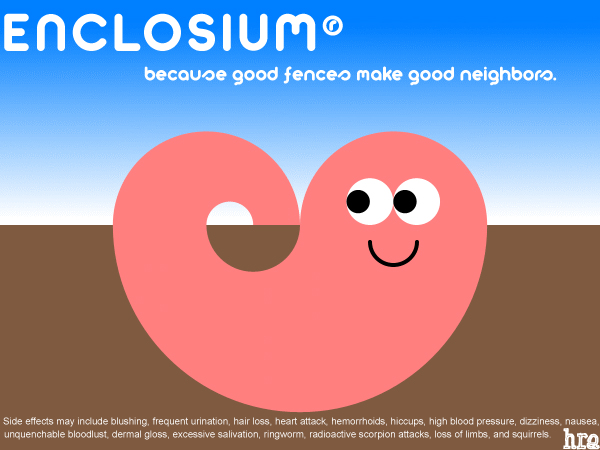 Contrary to information from Florida's press office used in our "Better Know An SEC Lineman's Religion", the Koran does not promise 72 virgins in heaven to any player making a solo tackle. Urban Meyer makes this promise himself, and is said to select the virgins personally. We regret the error.

In Wednesday's "Taigatin' With O," the koala fricassee recipe has been deleted, as koala is both a protected species per the CITES international compact, and is in fact too lean a meat for in the recipe. (In addition to this, those little bastards aren't an easy slaughter. It's like wrestling with a teddy bear made of switchblades.) Substitute braised condor or fatty aged panda in a pinch. We regret the error.

Thursday's profile of Maryland head coach Ralph Friedgen described him as being "thicker at the bottom than at the top due to slow flow over centuries...an amorphous solid at room temperature". This passage is actually lifted from the Encyclopedia Britannica's article on stained glass. We regret the error. 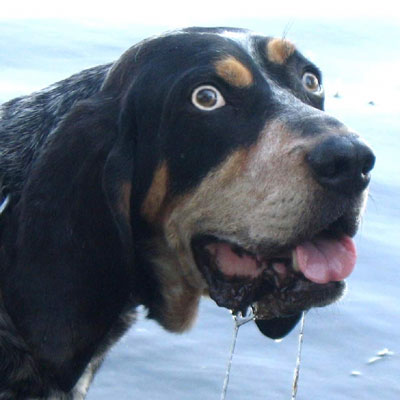 Typographical errors, cont'd. Evan Lawless, prize recruit of Texas' 2010 class, wrote in to correct the spelling of his high school and their team. Lawless attended Canal High School in Houston, and played for the Warriors as a star running back. We misidentified this alma mater in a post that appeared Wednesday on this site. 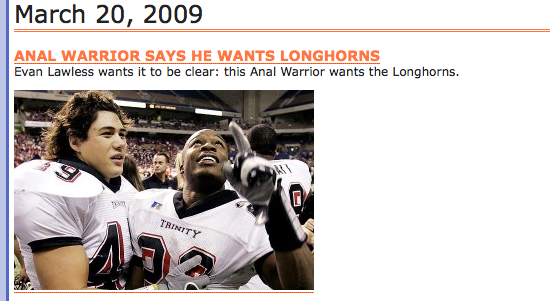