Totally trashed at 2:29,
Cranked up and jacked on some fortified wine.
Police light flashes, adrenaline's up,
P.J. Hill's driving with booze in his cup.

The sun has gone down and his BAC's up,
And long ago somebody left with the cup,
But he's driving and striving and racking up points,
And the Fulmer Cup Leader that his antics anoint... 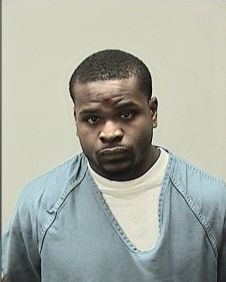 Because he's racing and pacing and sideswiping cars,
He's fighting and biting on the way home from bars,
He's going the distance!
AAAAAAAHHHHHH AHHHHHHHH....

Eleven points for Wisconsin on two felony charges and three misdemeanors in a substantial string of charges stemming from one incident this weekend. No jokes about Big Ten running backs being slow and easily caught.

AU CONTRAIRE: Hill is not eligible for the points. But dammit, it would have been beautiful.